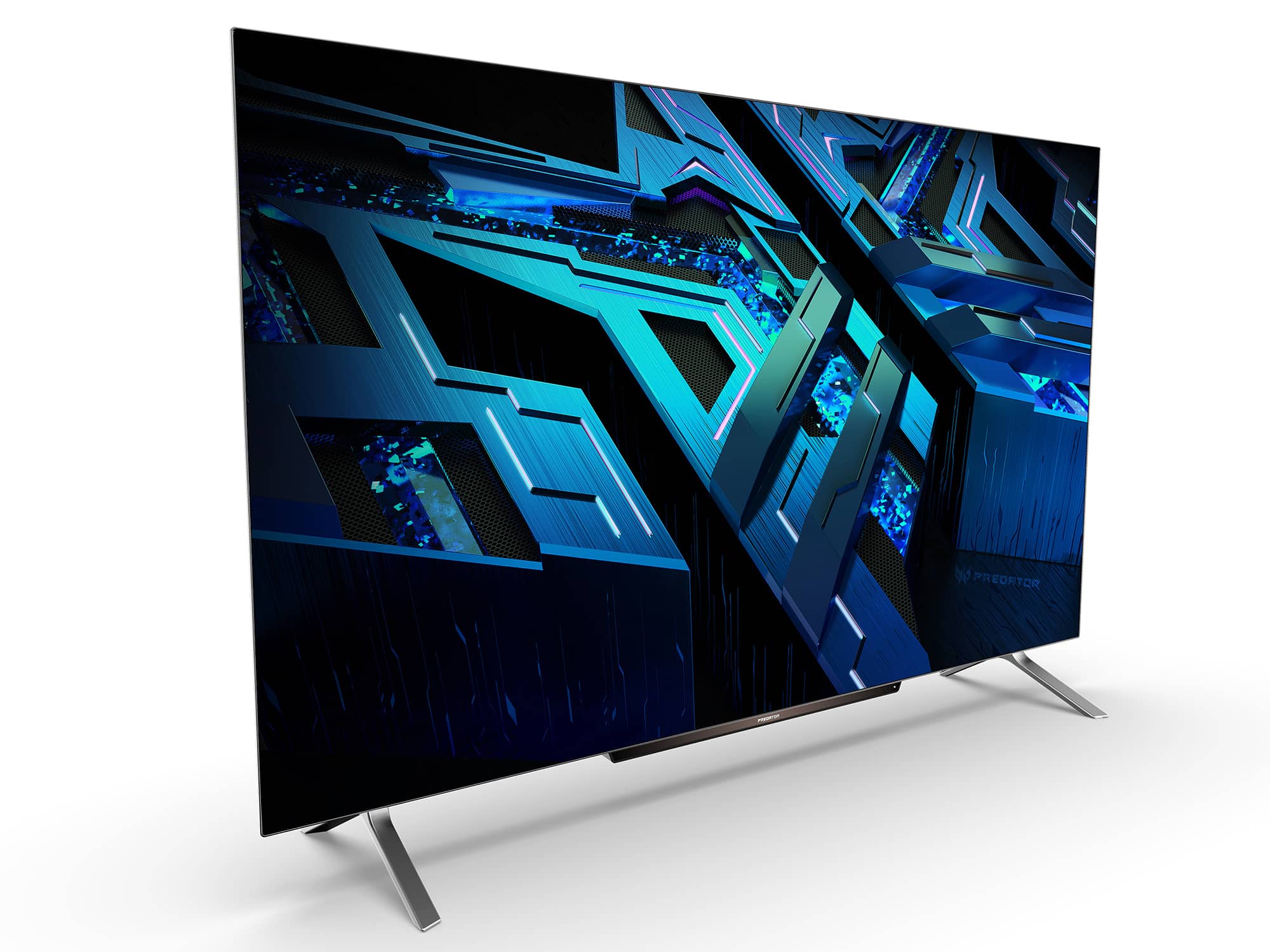 The Acer Predator CG48 is the brand’s contender in the soon-to-be contested OLED gaming monitor space that’s built for enthusiasts. It’s trying to edge out its competitors by offering a 138Hz refresh rate which is unconventional and surprising. It’s designed for PC and console gaming like the PG48UQ, but its 138Hz capability is reserved for the former.

What makes the Acer Predator CG48 extra special is its OLED panel with a 3840 x 2160 resolution, 138Hz maximum refresh rate, and 0.1ms response time. The brand also mentioned a typical contrast ratio of 135000:1, but its peak brightness was not mentioned. Don’t worry though since excellent HDR performance is still pretty much guaranteed due to the individually dimming pixels.

Of course, wide gamut coverage of up to 98% DCI-P3 for rich colors and saturation. However, the monitor like most OLED-based variants in the market only supports HDR10 while OLED TVs also work with Dolby Vision HDR or HLG. We’re hoping for complete compatibility in the future since these computer screens are already viable alternatives to regular OLED TVs.

The Acer Predator CG48’s connectivity layout is equally important as the specs above depending on how you want to use it. It has a slot each for DisplayPort 1.4 and HDMI 2.1, three HDMI 2.0 ports, and a 65-watt USB-C slot with DP Alt Mode. it also has a 4-slot USB 3.2 hub and a pair of 10-watt speakers that should be useful for couch gaming setups.

Note that the 138Hz OC refresh rate will only work with PCs since the Xbox Series X and PS5 are locked to 120Hz 4K. on the other hand, FreeSync and G-Sync will support the 138Hz maximum so you won’t have issues if you choose to OC the monitor.

The Acer Predator CG48 will release in North America by Q3 2022 with a starting price of $2499. EMEA gets it at the same time, but the price will start at 2199 EUR for the countries that will get it. We’ll share more news once we get it, so stay tuned if you are interested in this OLED monitor.