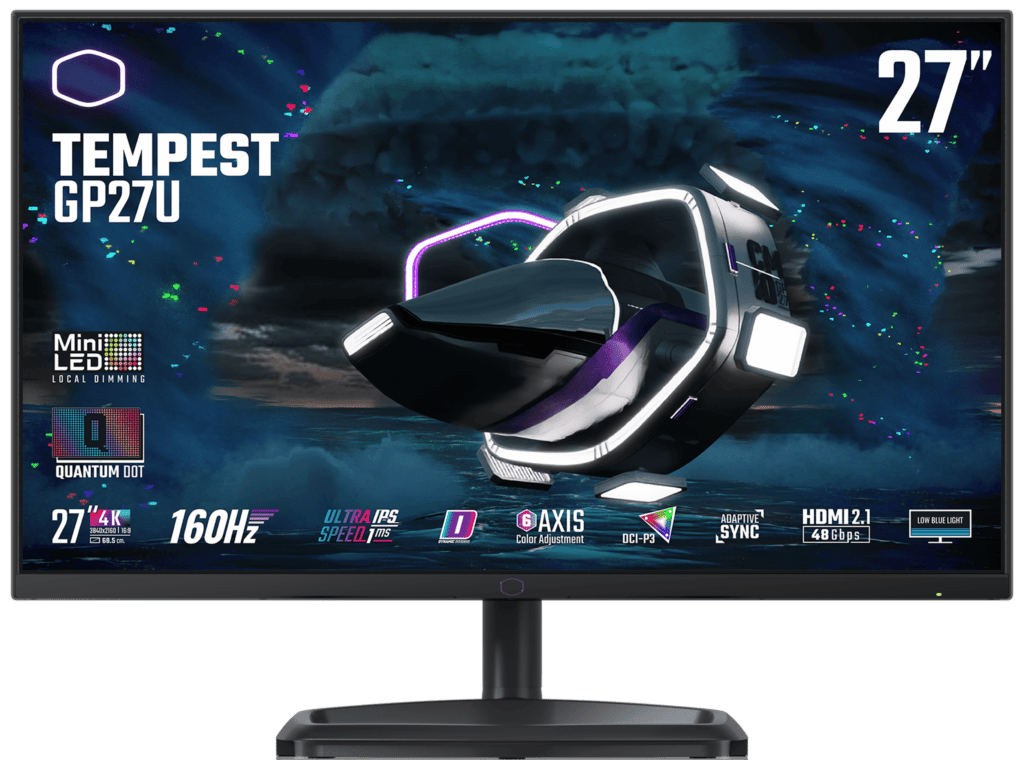 The Cooler Master Tempest GP27U presents excellent value at $800 with its 4K 160Hz screen that’s imbued with HDR1000 magic. There aren’t a lot of HDR1000 monitors out there with a sub-$1000 introductory price, so this model is extra appealing. Let’s take a closer look at the Cooler Master Tempest GP27U to know what kind of penalties it has or if it’s a value-oriented winner. 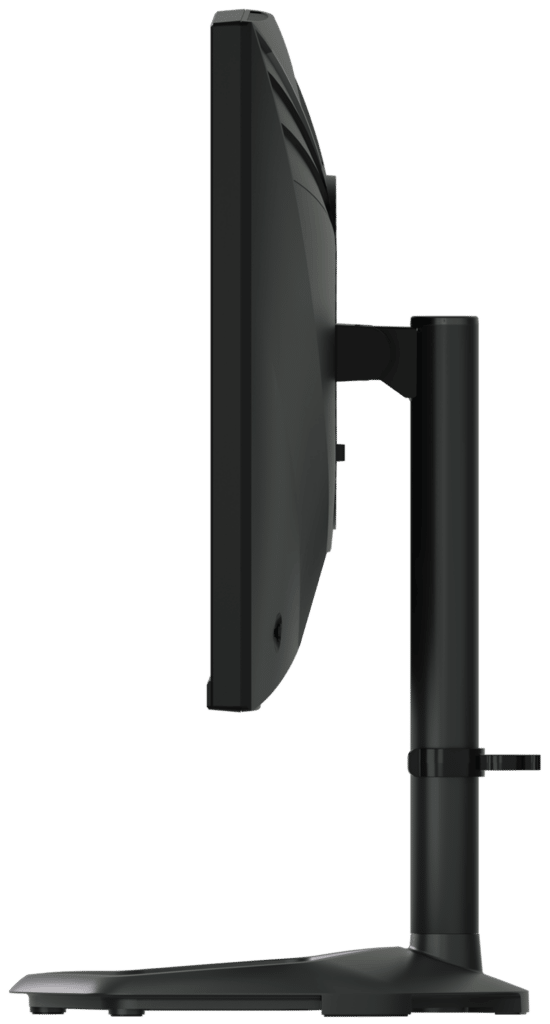 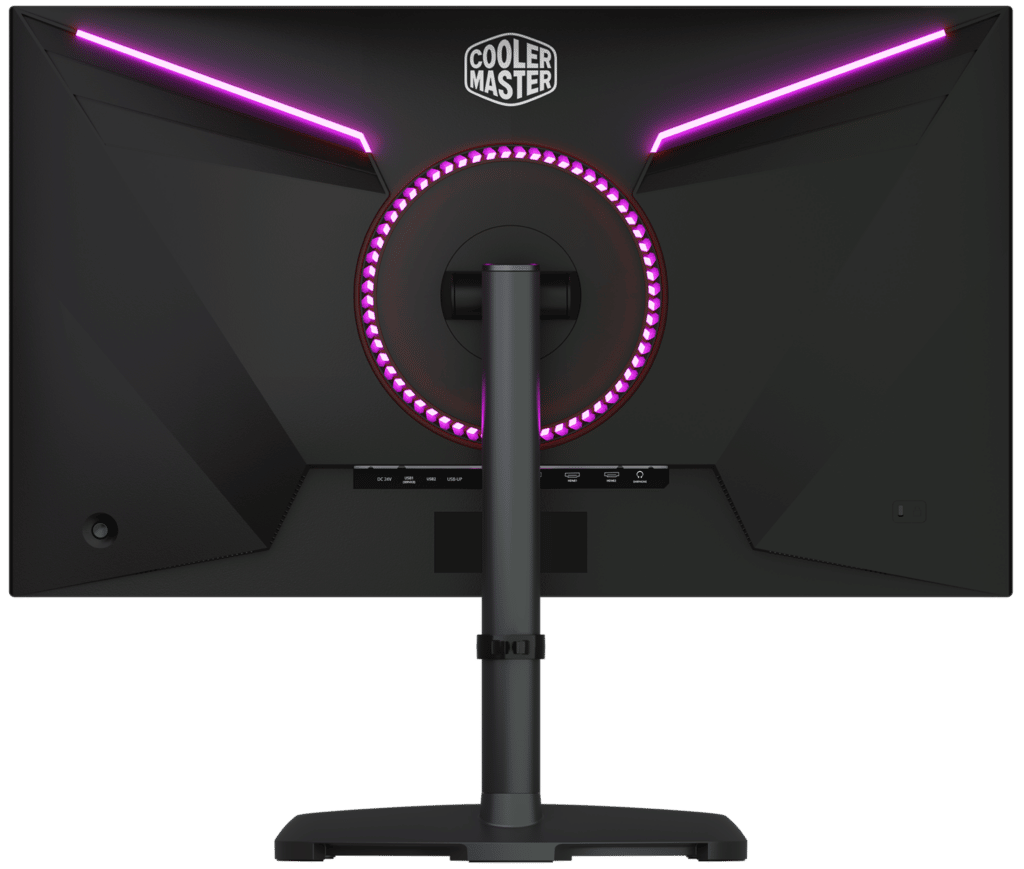 The Cooler Master Tempest GP27U has distinct aesthetic features, but it doesn’t look too gaudy compared to the others in the same category. It has a matte black aesthetic which always looks good, but it does have RGB lights at the back. The display has a bezel-free design, but it still has inner borders just like any other modern monitor.

27-inch 4K monitors still sell like hotcakes because they are decently sized and not everyone wants a gigantic display in their faces. This model only needs 2 feet of width, but it does reach over 10 inches in depth when fully assembled. However, the large CM logo-shaped base is hollow in the middle so you can use it as a cradle for smaller peripherals like a stream deck.

Build quality is great since the monitor comes from a brand that is an expert on the subject ever since it started with PC cases. The plastics used are thick and sturdy, and there were no cosmetic defects on any of its parts. The stand included is firm and stable, so the screen won’t sag or shake while during intense gaming sessions.

The Cooler Master Tempest GP27U has an OSD joystick at the back for easy access to its OSD. It is near the right-hand side of the screen when you are facing it, so it is easy to reach if you are sitting on your desktop. Other premium models include remotes, but we don’t think those are necessary, especially if they will add to the cost of the product.

We’re impressed with its connectivity layout since it includes DisplayPort 1.4, two HDMI 2.1 slots, and a 90-watt USB-C port for laptops. You only get two USB 3.0 ports and a 3.5mm jack for peripherals, but that’s okay in our books. This aspect allows you to use the monitor for a PC, the latest consoles, and a work laptop like a MacBook Pro so that $800’s value is stretched further.

One thing that’s lacking with the Cooler Master Tempest GP27U is a pair of gaming-grade speakers. We know everyone prefers headsets, but it is always nice to have a decent backup for those times when it is too hot to wear a pair of cans. However, it’s reasonable not to get them from a monitor if the price is already too good.

27-inch 4K monitors are extra sharp due to their tighter pixel density so they are great for imaging and videos. However, some users might need to use scaling for reading and document processing because of that since the sharpness can make text look too small. It is great for gaming, but you will need a powerful system to maximize it.

The Cooler Master Tempest GP27U covers more than 100% of sRGB and 98% of DCI-P3 as advertised. It’s very vibrant so it is great for games and movies, but it is not as accurate as its competitors with a deltaE average of 3.21. Gamers won’t be bothered by this, and some might even like the extra saturation.

Calibrating it reduced the deltaE average to 1.61 which is better and more balanced for any type of use. However, you need a colorimeter for this kind of improvement, and we don’t think it is worth it considering the limited results. We recommend sticking with the default setting for games and switching on the monitor’s sRGB mode and turning off its HDR mode if you need it for editing or content creation.

Panel uniformity for the test sample was great since there were no massive defects like backlight leaks or massive clouding issues. We did notice a bit of the latter in HDR scenes, but it would take a lot of focus to see them in gaming scenes. Note that this can still vary between every monitor made due to tolerances, so there are units with worse symptoms out there.

The monitor’s response times are great compared to the first HDR 1000 gaming monitors in the market. There is barely any sign of steaks or smudging, so it’s great for competitive play and titles with fast-moving scenes like DCS. You can use its overdrive to clean up the remnants, but we don’t recommend maxing it out since it will induce overshoot.

The Cooler Master Tempest GP27U is compatible with both FreeSync and G-Sync, but you can’t use its HDR feature with them activated. This a massive deal-breaker for a 4K HDR gaming monitor, but Cooler Master mentioned that it is working on a firmware solution to address it. Input lag sits at 4ms, but there is also a noticeable drop to 10ms if the mini LED backlight is running.

The Cooler Master Tempest GP27U is a promising high-refresh 4K HDR monitor thanks to its improved design and positive performance. It’s vibrant and capable of great HDR performance thanks to its brilliant mini-LED backlight. We also love its connectivity layout since it can pretty much accommodate any modern device.

However, the Cooler Master Tempest GP27U has a massive deal-breaker since its HDR feature doesn’t work when its Adaptive Sync is running. The brand is working on a solution in the form of a firmware update, but it is not a great buy until that becomes available. It’s equipped to dominate the market, but we’d wait until its issues get ironed out before buying.

Search
You are here: Home / Reviews / Cooler Master Tempest GP27U Review – Affordable 4K 160Hz HDR1000 Gaming Monitor
This website uses cookies to improve your experience. We'll assume you're ok with this, but you can opt-out if you wish.Accept Read More
Privacy & Cookies Policy