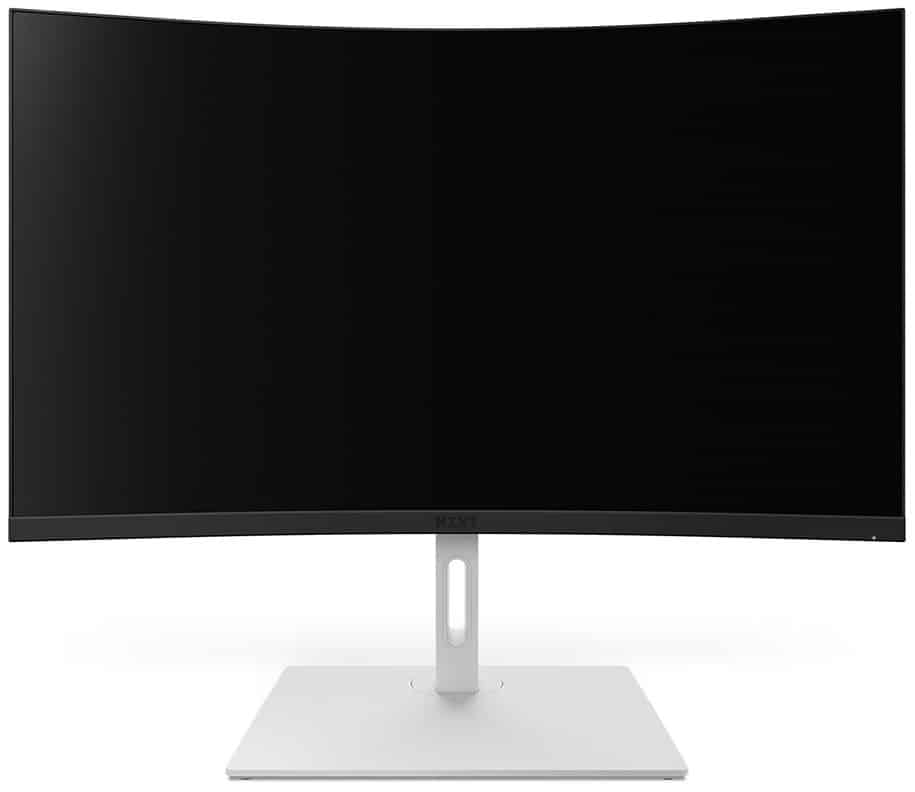 The NZXT Canvas 32Q is the brand’s first curved gaming monitor which is intended to secure the brand’s foothold in the display business. It’s bigger than the Canvas 27Q and it uses a VA panel, so it should be a better pick for immersive gaming. Let’s see if NZXT has a winner in the Canvas 32Q by checking out how it performs. 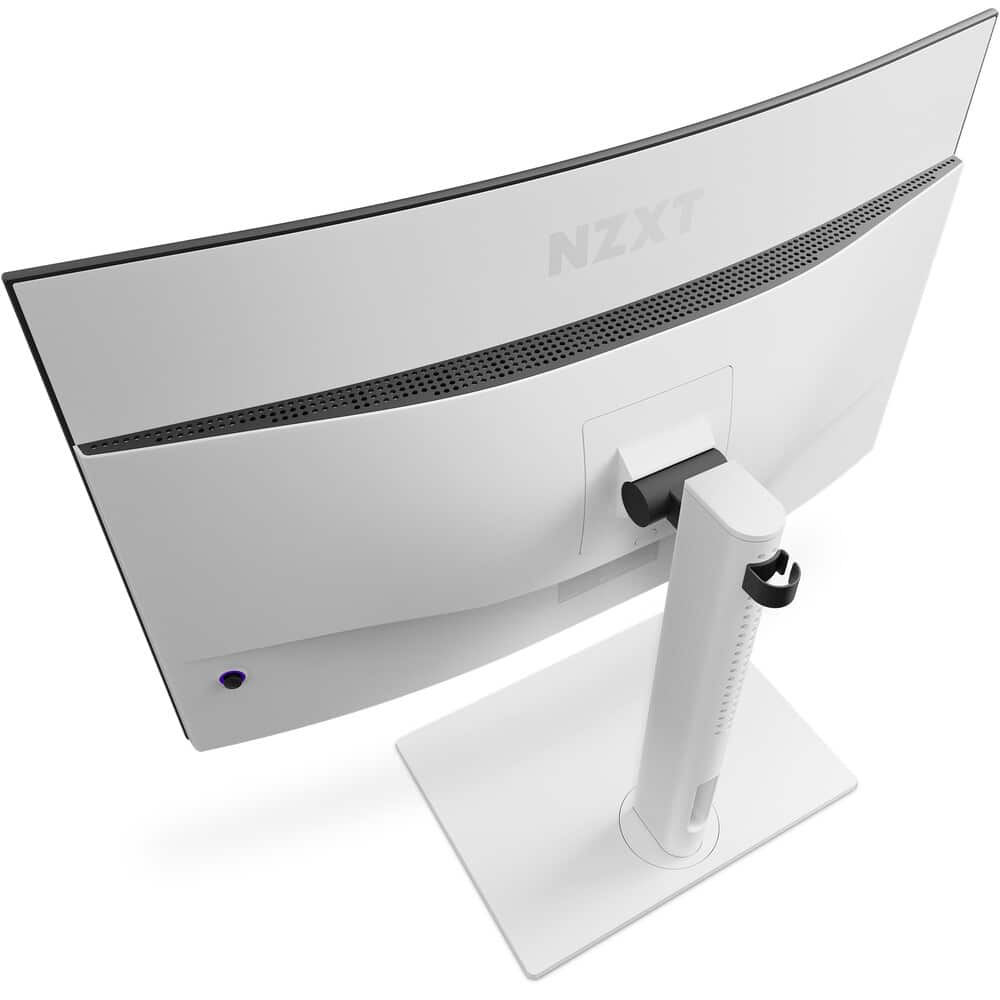 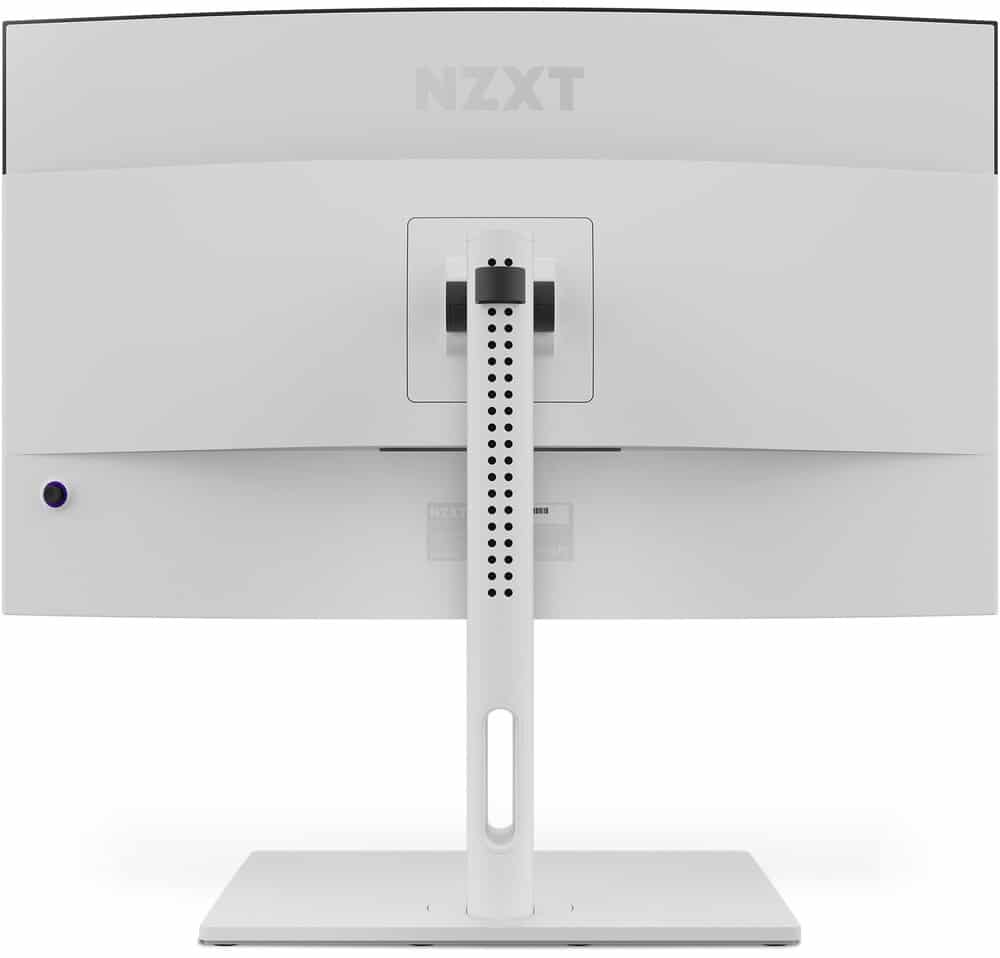 The NZXT Canvas 32Q sets itself apart from its peers with its design which distinctly makes it look like an NZXT product with a few tricks up its sleeve. It is also available in different configurations and color just like its smaller sibling. The display has a three-sided bezel-free design, but you still get inner borders that show up when it’s in use.

We were pleasantly surprised with how well-built the monitor is, but that’s standard for the brand’s products. The plastics used have a texture that feels nice to touch, plus it is very durable so they shouldn’t crack or flex just like that. The stand is stable and firm so the large display won’t sag or wobble while you are gaming or working.

It’s a large monitor, so it makes sense to check out your desk and the space it has for a display before pulling the trigger. It doesn’t need too much depth when it’s assembled with the desktop stand since it only comes up to 10.09 inches. It’s also not the heaviest 32-inch monitor we’ve held, but extra care is still necessary while positioning or carrying it around.

The NZXT Canvas 32Q has a joystick for the OSD with a large knob so you can easily grip it with a touch of a finger. It’s located at the back and accessible from the right-hand side so you don’t have to lean in too much to get to it. Other gamer brands sometimes include dedicated remotes for an extra premium feel, but to be honest, we’re happy that we don’t have to deal with various buttons.

What’s great about the NZXT Canvas 32Q is it gives you the option to pick which mounting hardware is right for you. You can choose between a regular desktop stand, a single or dual monitor arm, or just the panel itself. This saves many individuals a lot of money if they already have a monitor arm for it, plus it produces less e-waste so it will be better for the environment.

Its connectivity layout starts with the usual DisplayPort 1.2 and dual HDMI 2.0 slots, but it also has a USB-C slot that supports DP Alt mode. The latter allows you to connect a USB-C device like your MacBook from work while the other ports handle your gaming devices. You also get two usable USB 3.0 ports and a 3.5mm jack for your peripherals.

It also has speakers, but they sound too quiet for any type of entertainment like most built-ins. However, its always nice to have extra features if they don’t raise the price and if they can be used as backups in some select instances.

The NZXT Canvas 32Q  boasts a 32-inch curved VA panel with a 2560 x 1440 resolution, a 165Hz refresh rate, and a 1ms boosted response time. The backlight has a 300 cd/m2 while the contrast ratio is listed at 3000:1 like most VA panels. This model doesn’t advertise HDR certification, but its spec sheet did mention that it is compatible with HDR10 signals.

32-inch 1440p monitors are not the best when it comes to crispness, but they can still offer better visuals since their pixel count is still higher compared to 1080p. It is great for reading and media consumption, plus it’s a great choice if you want to upgrade the looks of your games without spending on a 4K setup. 1440p monitors have also become more affordable in recent times so it’s a no-brainer upgrade for many of us.

The NZXT Canvas 32Q rendered 100% sRGB and 91% DCI-P3 so games and movies look rich and saturated. Its accuracy is nowhere near what its IPS counterpart can offer with its 3.22 deltaE average, but it is still usable for games and movies. The high error is because of the screen’s high saturation, so we think most gamers will still be happy with it.

Calibrating it with a colorimeter reduced that dE average to a more palatable 1.62 which looks more balanced overall. However, its not the best calibrated score we’ve seen, so we recommend skipping the colorimeter. Buying it will only be necessary if you are into editing work, but we think you should go with its smaller, IPS-based sibling if professional use is on your agenda.

What’s better with this variant is its higher peak brightness which reached 320 cd/m2 at 100%. It also reached a contrast of 2560:1 at 60% brightness, so it’s capable of deep blacks and more convincing night scenes versus an IPS alternative. It doesn’t have HDR-grade specifications, but it will translate HDR10 signals as best it could.

Panel uniformity for the NZXT Canvas 32Q sample had some issues at the top and bottom edges of the screen. Minor backlight leaks added clouding that can become visible in dark scenes or an all-black image. This flaw is common with curved monitors, but not all units made have it since it could merely be a result of some manufacturing tolerances.

This VA-based gaming monitor isn’t the best when it comes to pixel response time just like all VA gaming monitors. You need to use its overdrive feature to clear up some of the more visible persistence and smudges, but you won’t completely get rid of all of them. Some trails can show up in contrasting transitions, and maxing out its OD won’t help since it will add overshoot.

The NZXT Canvas 32Q is compatible with both FreeSync and G-Sync so you don’t have to worry about tearing and stuttering. This duality is a must-have since both GPU brands have very competitive offerings for high-refresh 1440p gaming. Its input lag sits at 4ms at 165Hz, so there is no need to worry about delays or a sluggish feel while using the monitor.

Thoughts on the NZXT Canvas 32Q

The NZXT Canvas 32Q is a great choice if you want a decent performer with a fantastic design and a reasonable price. It’s not the most accurate VA monitor out there, but its great contrast and rich colors will make up for that. What we particularly love about it is the various options that give you the freedom to tailor your package according to your needs.

It is not perfect, but we think it’s a solid first attempt like its IPS sibling in a hotly-contested category of the gaming monitor business. There’s room for improvement, but we think buyers will still be happy with it and the functionality it offers.

Search
You are here: Home / Reviews / NZXT Canvas 32Q Review – NZXT’s First Curved Gaming Monitor with USB-C
This website uses cookies to improve your experience. We'll assume you're ok with this, but you can opt-out if you wish.Accept Read More
Privacy & Cookies Policy