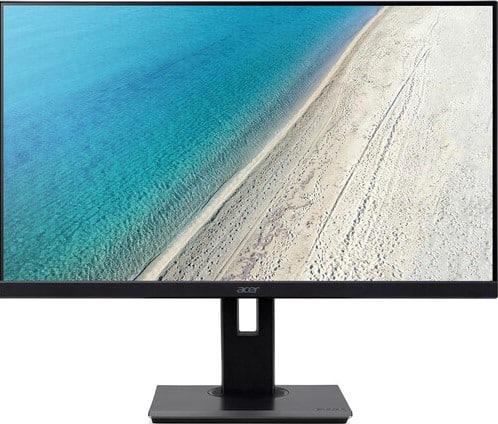 The Acer B287K is a low-priced 4K IPS monitor that promises to bring out the best possible image quality for budding creators. Displays meant for editing and digital arts usually aren’t affordable most of the time, so it’s quite intriguing if it can deliver. Let’s check out how the Acer B287K performs and if it’s the new value king for prosumers. 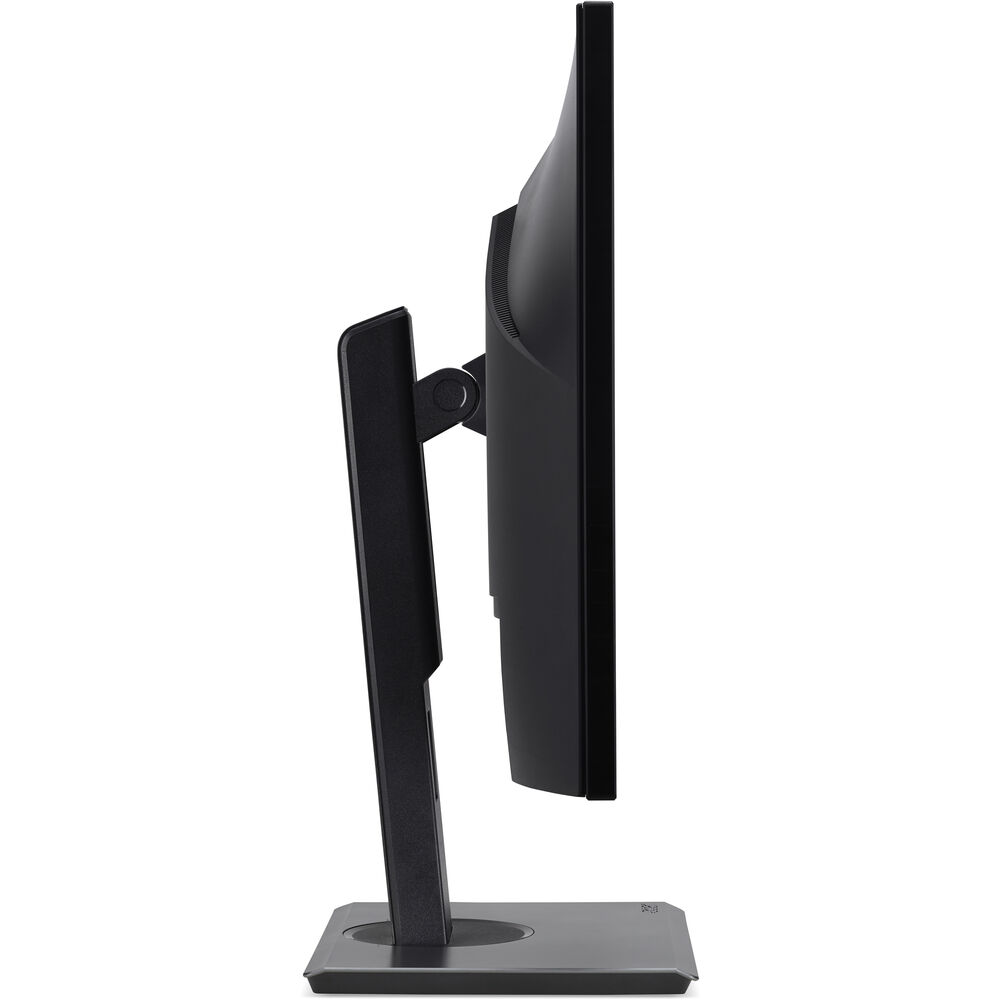 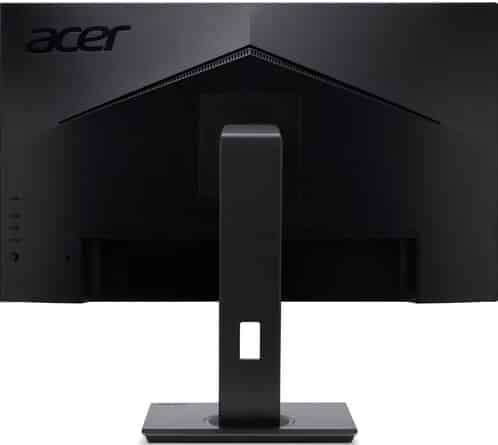 The Acer B287K resembles the Acer BE270U in some ways, but it’s now sleeker and much more modern-looking than the old model. It has a matte black chassis and a design that resembles an office monitor, so it won’t clash with gaming setups or workstations. The display is bezel-free on three sides, unlike the BE270U which had thick plastic borders on the front.

28-inch monitors aren’t that much bigger than office monitors, but you will feel the upgrade once it’s right in front of you. The Acer B287K doesn’t weigh a lot and it’s 8.2 inches of depth so it shouldn’t disturb your work or gaming setup that much. It also doesn’t weigh a lot at 11.6 pounds, so managing or rearranging your desk should be easy all the time. 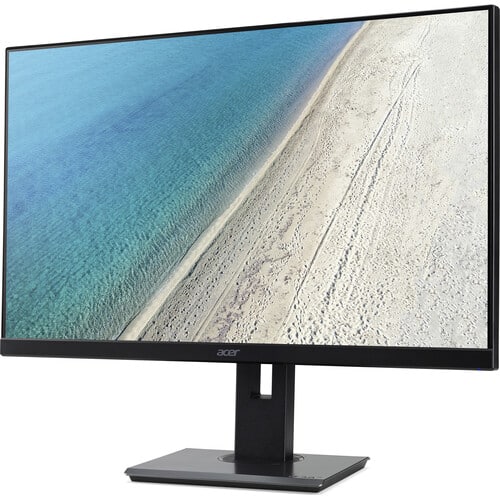 Build quality for the Acer B287K is excellent and it doesn’t feel cheap or outdated even if it’s a budget model. The plastics used feel durable and thick enough to prevent flexing and cracking. The included stand’s adjustment mechanism is firm and it doesn’t let the screen wobble randomly so it won’t make you dizzy.

The Acer B287K has a joystick for the OSD that’s accompanied by four keys that will bring up shortcuts when pressed. This works for us and for most users since you spend less time tinkering with the monitor compared to regular button layouts. The joystick is located at the back, but they are close to the corner so you don’t have to reach in too much to access it.

The stand included with the Acer B287K offers tilt, swivel, pivot, and height adjustments for your convenience. It’s easy to get a comfortable angle, plus you can be assured that the mechanism will hold its position until you need to change it again. You can also opt for VESA mounts, but that’s completely unnecessary unless you have multiple screens or a small desk.

The Acer B287K’s connectivity layout feels just right, but we feel that it could use a USB-C slot for today’s modern professionals. You will find DisplayPort 1.2, two HDMI 2.0 ports, and four usable USB 3.2 Gen.1 slots for peripherals. USB-C would have made this monitor the perfect budget-level match for MacBooks, but we know adding that will raise the price.

The monitor even includes speakers which, for the price, is a big bonus considering this is a tuned 4K panel. They don’t sound particularly powerful or detailed, but they can be used for conference calls or even background music. They aren’t ideal for entertainment purposes, but most would rather use headsets or desktop speakers anyway.

The Acer B287K sports a 28-inch IPS panel with a 3840 x 2160 4K resolution, a 60Hz refresh rate, and a 4ms response time. The backlight is rated at 300 cd/m2 while the contrast ratio is listed at 1000:1 like most IPS panels. This model is advertised for HDR, but it is not VESA-certified so it can only offer HDR10 compatibility.

4K monitors at this size are sharp and detailed thanks to their 157 PPI which gives it an advantage over its 1440p and 1080p counterparts. However, some have complained that it is too crisp for reading and browsing, so scaling which isn’t the best needs to be used. Games, movies, and images in general benefit from it since they look cleaner and well-defined.

The Acer B287K renders 99% sRGB and around 78% DCI-P3 which is excellent for daily use, but a bit short for meticulous professionals. Its standard mode has a 3.23 deltaE average which is too high, showing us that it was not factory calibrated from the factory. The screen looks vibrant enough, but it’s not accurate enough for color-critical work.

What’s great about the Acer B287K’s color performance is its sRGB mode which had a deltaE average of only 0.98. its calibrated result was also impressive for a budget monitor with a deltaE average of 0.58. You only see this kind of accuracy on prosumer or high-end IPS displays, so its still a great buy even if the default setting isn’t great.

The backlight on the Acer B287K reached 370 cd/m2 at 100%, but its contrast remained at 987:1 at 40% brightness. That’s not good for dark scenes or night usage since it produces a high black luminance output. The screen looks great in well-lit rooms, but it doesn’t do so well when you put on a black or dark image, especially when it’s viewed at night.

Panel uniformity for the Acer B287K was great since there were no considerable backlight leaks on the screen’s edges. There are some minor clouding issues, but they are mostly unnoticeable under normal circumstances. Take note that this varies between every monitor due to tolerances and the general nature of IPS panels.

The Acer B287K isn’t meant for fast-paced gaming, but it can provide a decent pixel response time for casual gaming. Blurring and minor smudging only happen in contrasting and fast-paced scenes so it won’t be an issue unless you are playing E-Sports titles. You can use its overdrive feature sparingly to decrease this although we don’t recommend maxing it out since overshoot will start to creep in.

The Acer B287K is a FreeSync monitor, but G-Sync isn’t guaranteed even if you can force it via Nvidia Control Panel. This is forgivable since it wasn’t designed for gaming and there are better-suited models for that aspect. Input lag sits at 9ms at 60Hz, meaning most users will not feel any sluggishness or delays while using the screen.

Thoughts on the Acer B287K

The Acer B287K is an excellent pick for those who want a good quality 4K display without spending too much. The screen works great if you want to edit or create content in sRGB, plus it’s capable of decent gaming performance for after-hours enjoyment. Its well-equipped for an entry-level display, and you rarely see its feature set at this price range for 4K products.

However, the Acer B287K isn’t perfect and that’s to be expected due to its budget-oriented nature. You have to stick with its sRGB mode or know how to calibrate a monitor to get the best performance out of it. There are better models out there for a bit more cash, but this monitor is irresistible if you want to start out with a 4K monitor.