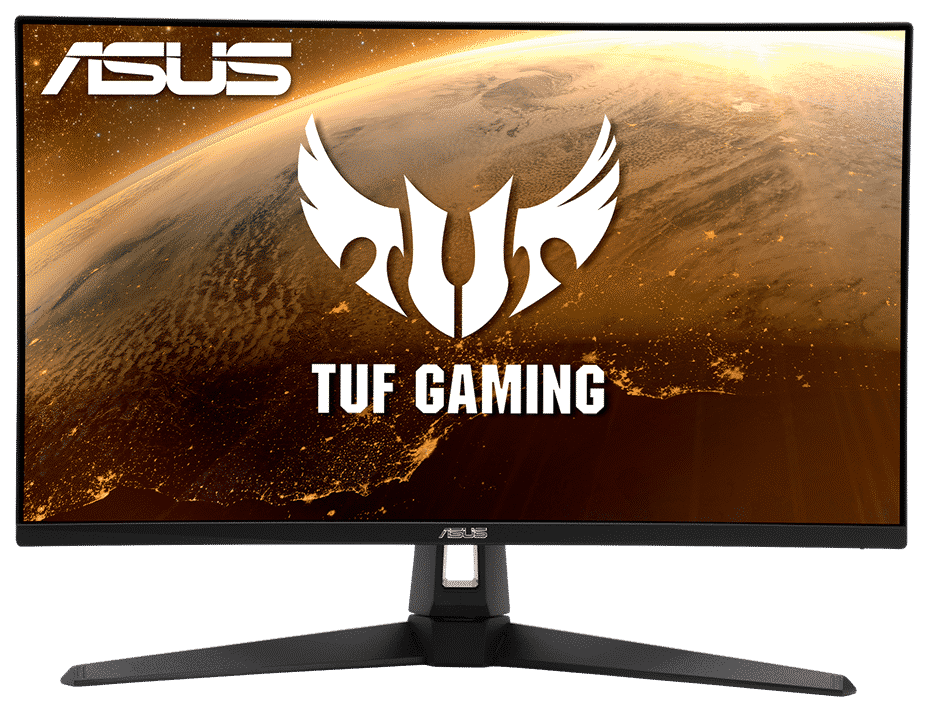 The Asus VG279Q1A offers a fast IPS screen that can provide better visuals and color performance than its TN predecessors. It replaces the outgoing VG279Q with a TUF Gaming-branded design and a considerably lower price tag. The Asus VG279Q1A rehashes a popular competitive gaming format for screens, so let’s take a look at what it has to offer. 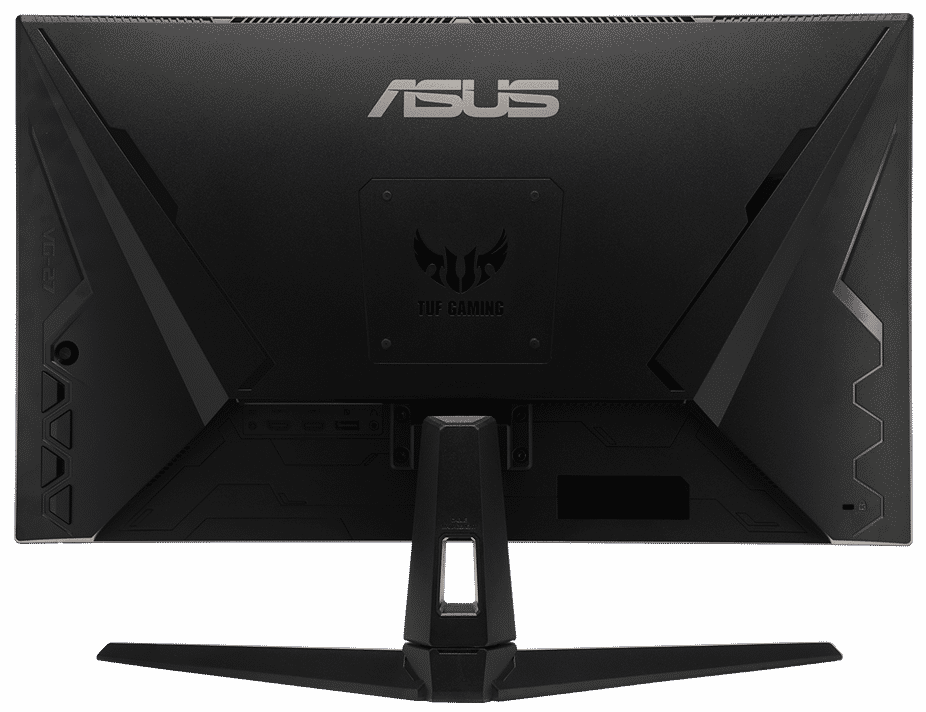 The Asus VG279Q1A sports a redesigned aesthetic that’s similar to the VG27AQL1A without dismantling its original DNA. The monitor has a matte black aesthetic that isn’t overbearing, so it’s easy to fit into most gaming builds. What’s great about it is it is bezel-free on three sides, but inner borders will show up when it’s in use.

We like that the Asus VG279Q1A is now sleeker and slimmer than its predecessors, but it had to make a few sacrifices as well. It’s quite portable since it weighs less than 10 pounds, but don’t forget that it’s still an upsized 27-inch display. The base takes up a lot of space, but the area in between the legs is an ideal spot for small peripherals like webcams or stream decks.

Build quality for the Asus VG279Q1A is great for a budget model since the material quality is the same as the upper-tier models. The plastics feel rugged and sturdy, and there are no visual defects or imperfections. The stand does have a bit of wobble, but it should affect most users unless they have heavy hands.

The Asus VG279Q1A uses a familiar control layout composed of an OSD joystick with hotkeys for its features. We’ve used this implementation since 2016 on their products, so we’re quite familiar with how convenient they are. Other brands now include OSD access via software, but you don’t have to fix what isn’t broken anyway.

The stand included with the Asus VG279Q1A only offers tilt, so it can be restrictive for some users. It does offer good stability for the monitor, despite some wobbling issues which are caused by the attachment point’s low center of gravity. You can swap this out with a VESA mount, but that adds to the cost which may equate to a better model like the AOC 27G2.

The Asus VG279Q1A’s connectivity layout is standard for a budget monitor, but it includes everything you will need. It offers DisplayPort 1.2 and two HDMI 1.4 slots, plus a 3.5mm jack for audio output. Take note that it’s listed as 120Hz compatible with the Xbox Series X and PS5, even if it doesn’t have HDMI 2.0.

The Asus VG279Q1A also has built-in speakers like many Asus gaming monitors even if it sits in the budget segment. The pair only have 2 watts of power, so they distort easily and have a limited volume range. However, it’s nice to have backups from a budget option, so we won’t complain this time around.

The Asus VG279Q1A sports a 27-inch IPS panel with a 1920 x 1080 resolution, 165 Hz refresh rate, and a 1ms MPRT response time. The backlight is rated at 250 cd/m2, while the contrast ratio is listed at 1000:1. This model isn’t advertised as an HDR gaming monitor, but that’s understandable since the brightness was downgraded.

Many gamers don’t like 1080p screens at 27 inches since they look pixelated or fuzzy compared to a smaller screen. However, games still look quite good and you don’t have to struggle with over-sharpness when reading or viewing documents. 165Hz is also doable for a lot of GPUs, so you can enjoy games with high framerates without spending on a flagship card.

The Asus VG279Q1A covers 100% of the sRGB gamut and around 78% DCI-P3 which is decent for gaming use. Color accuracy is great since the dE average using the Racing preset is only at 1.89. Calibration isn’t necessary for daily or gaming use, so this product is great for plug-and-play users.

Using a colorimeter can improve its dE average to 0.89 which will make it suitable for editing work. However, the cost of the colorimeter is prohibitive for consumers looking to buy a budget monitor. You are better off getting a higher-tiered model or applying a few tweaks of your own to get a comfortable view with this model.

The Asus VG279Q1A only managed 276 cd/m2, but that’s more than enough for daily use. Its contrast ratio reached 1095:1 at 60% brightness, and that’s a decent score for an IPS panel. However, it still cannot produce true blacks like OLED and VA panels, especially when it’s used in the dark.

There are some minor issues with the Asus VG279Q1A’s panel uniformity, but it’s not enough to affect gaming visuals. There is some light leaking at the top edge of the screen, but it only becomes noticeable with an all-black image. Take note that this varies between every unit, so there are better and worse ones out there.

The Asus VG279Q1A has excellent pixel response times for an IPS panel, so blurring won’t be an issue. You might see some persistence or smudging in contrasting, fast-paced transitions, so using its ELMB feature is your only solution. You get an even clearer picture using the strobe feature, but it reduces the screen’s brightness considerably.

the Asus VG279Q1A is a FreeSync gaming monitor, but it also works with Nvidia’s G-Sync Compatible mode. It’s nice to have this duality since you don’t have to re-buy the monitor if you switch to the other GPU brand. Input lag sits at 5ms which isn’t the fastest nowadays, but you’d be hard-pressed to feel delays while gaming.

Thoughts on the Asus VG279Q1A

The Asus VG279Q1A is a great budget monitor that will do a superb job at its intended purpose. The IPS screen is capable of vibrant and accurate colors out of the box and it’s reasonably fast enough for competitive applications. Its features have been limited, but you get all the essentials including 120Hz compatibility with next-gen consoles.

it’s a budget-oriented model, but the pricing is one of the Asus VG279Q1A’s challenges in today’s market. You can get capable monitors like the AOC 27G2 for the same price, although it doesn’t have useful add-ons like ELMB. This product is a decent buy, but you should look around first for better deals before pulling the trigger.

Search
NEW
POPULAR
You are here: Home / Reviews / Asus VG279Q1A Review – 165Hz Fast IPS Gaming Monitor for E-Sports
This website uses cookies to improve your experience. We'll assume you're ok with this, but you can opt-out if you wish.Accept Read More
Privacy & Cookies Policy