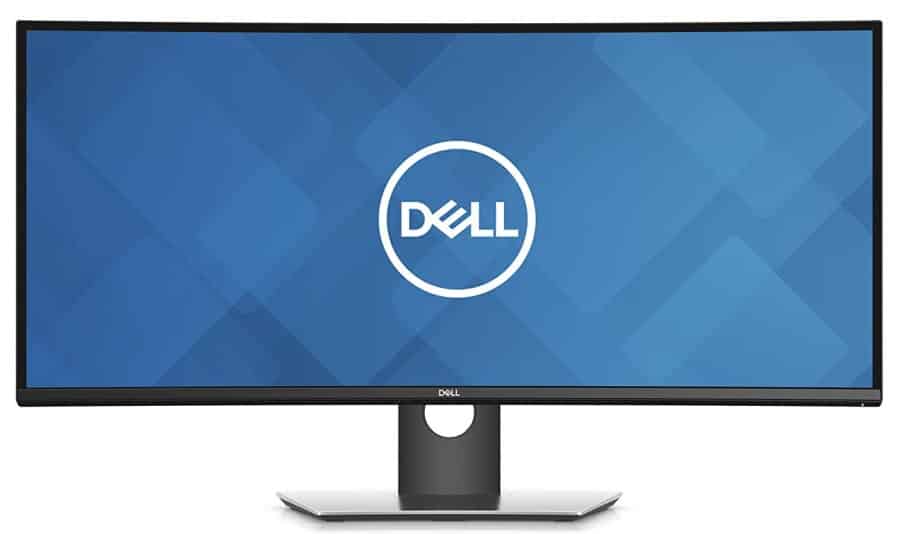 The Dell U3419W replaces the well-loved U3417W with upgraded features such as USB-C connectivity and a pre-calibrated accuracy that’s perfect for all users. Business users and designers are the intended targets, but the 3440 x 1440 screen’s panoramic view also makes it a fantastic choice for immersive gaming. The Dell U3419W naturally costs more than its predecessor, but does its overall quality make it a better purchase? 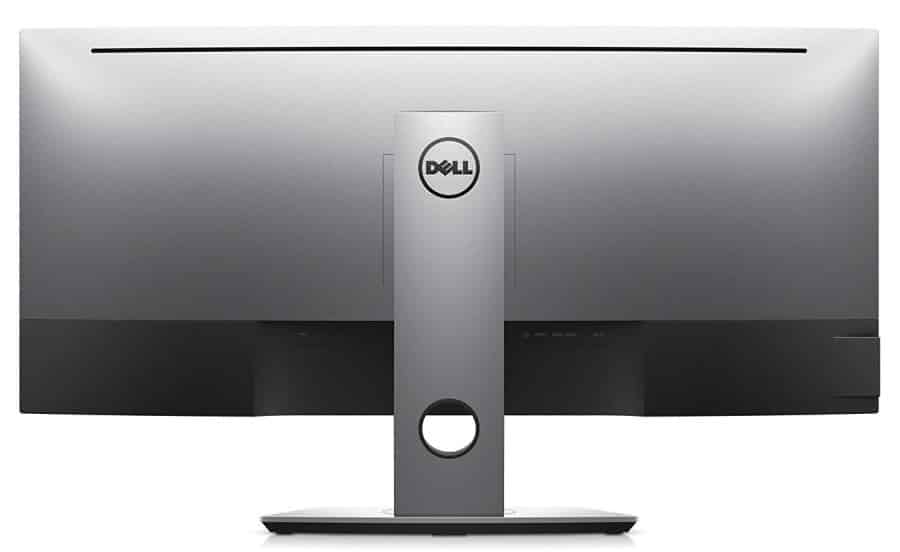 The Dell U3419W doesn’t try to fix what already works when it comes to design, like most of the brand’s premium products. The chassis still sports the same black and gray signature combo of the brand’s monitors which makes them preferable to a wider audience. The display is bezel-free thanks to the brand’s InfinityEdge concept, but panel borders are still visible when the display is in use. 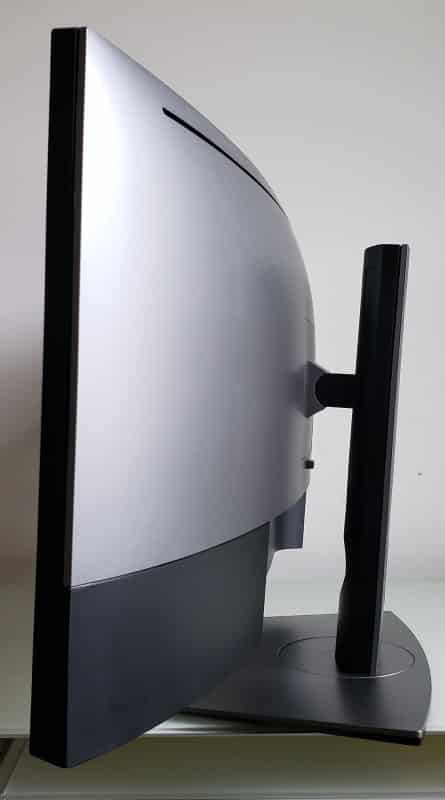 It’s also great that the Dell U3419W did not only inherit its older variant’s looks but its excellent build quality as well. The device looks like it was made with precision since there are no defects or gaps in the seams. This model lost a bit of weight, but it still feels sturdy and reliable once fully assembled.

The Dell U3419W still uses OSD buttons like most of its cousins in the 2019 line up. We dislike this implementation simply because its less user-friendly, but at least the buttons are clicky and responsive. A joystick would be a better tool for navigating the menu since you don’t have to fumble for it or memorize various functions.

It’s also fantastic that you don’t have to spend extra bucks for a stand with the Dell U3419W since it already includes a robust solution. The mechanism on the product includes tilt, swivel, and lift, but there is no pivot since the display and curved and extra wide. You can still opt for an aftermarket option, as long as it has a 100 x 100 mount and has the necessary holding capacity for a display of this size.

The biggest upgrade the Dell U3419W received is in its I/O layout which now includes USB-C connectivity. The latter can provide up to 90 Watts of charging power, making this monitor ideal for high-spec variants of USB-C laptops like the MacBook Pro. There is also a DisplayPort 1.2 slot, two HDMI 2.0 connectors, and a five-slot USB 3.0 layout with two located on the side hub. 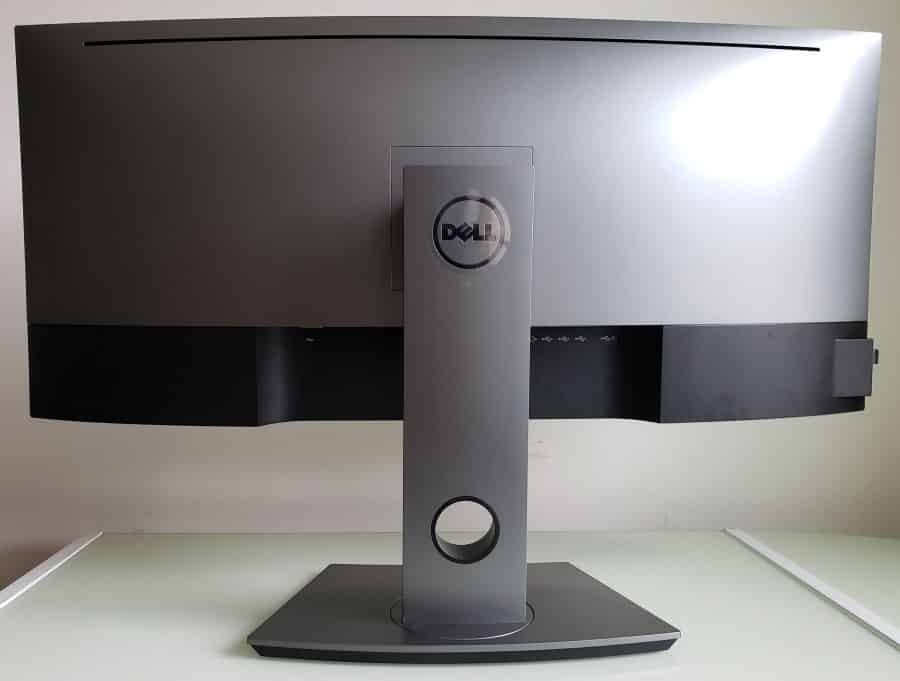 There is also a pair of 9-Watt speakers which definitely sound more powerful and defined that the built-ins we’re used to. This part sounds decent enough even for movies, but you’d still want a separate set or headphones for gaming or audio processing usage.

The Dell U3419W boasts a 34-inch IPS panel with a 3440 x 1440 ultrawide QHD resolution, 60Hz refresh rate, and 5ms response time. A 300 cd/m2 backlight supports the screen and its rated to have a 1000:1 contrast ratio. These numbers are now considered low for gaming since we have models which are twice as fast, but that’s not the intended use of this model. 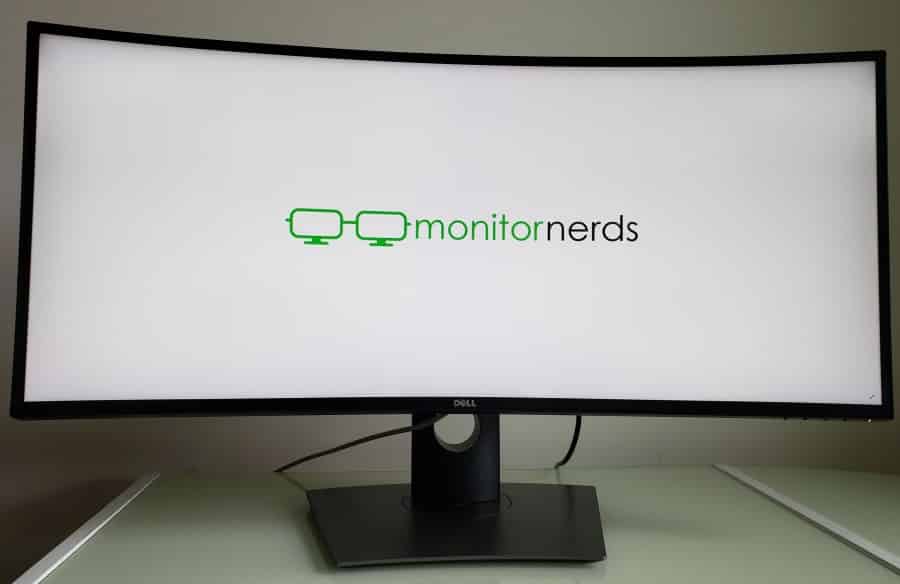 3440 x 1440 is just gorgeous to look since it gives you a panoramic view that’s less confined. Detail and sharpness aren’t sacrificed here and there is no immediately apparent image softening in games and test pictures. Reading a wall of text is still comfortable in this form factor since the screen looks close or comparable to a 27-inch QHD variant. 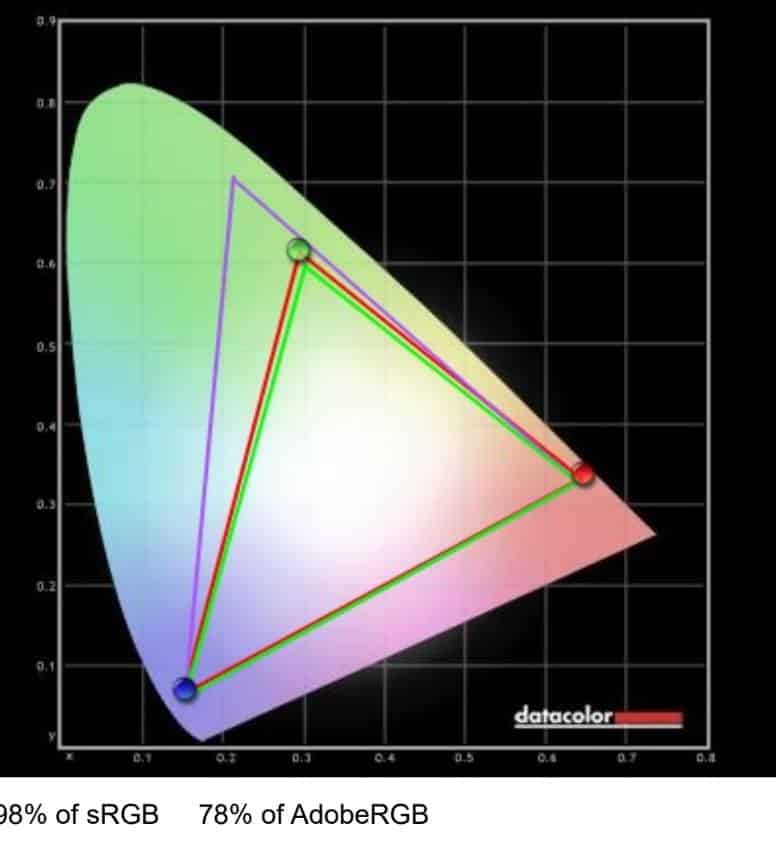 Dell’s factory tuning of the Dell U3419W is once again top-notch, giving us an IPS panel that can cover 98% of the sRGB gamut. Average accuracy is superb as well at Delta E 1.69, meaning there are no visible variances in almost every shade available to the display. The panel’s FRC-augmented 10-bit depth helped a lot in this regarding, making the monitor ideal of photo editing and the like.

The screen on the Dell U3419W’s gamma is also perfectly sitting at 2.2, so really, there is no need to calibrate the monitor. The backlight goes up to 359 cd/m2 which gives us a lot of room to play with, while contrast is limited to around 900:1. The screen’s black luminance is decent considering how IPS panels look, but it isn’t comparable to VA screens which have more contrast.

Panel uniformity for our test sample of the Dell U3419W also performed well as long as you stay at 60% brightness or lower. The upper left quadrants appear dimmer in the Datacolor Spyder’s test results, but the backlight variance did not exceed 11%. Color uniformity is also great with each section of the display area staying within DeltaE 2.0 from the D65 standard, so there are no perceivable imbalances.

Motion handling isn’t the Dell U3419W’s strongest suit since it only has a 60Hz refresh rate and a non-gaming response time spec. However, the panel somehow kept up with moderate movements with blurs and smudges only showing up when you pan the screen with a bit of speed. Frankly, this is all reasonable for a 60Hz variant because if wanted better you’d have to go with a 120Hz option like the Alienware AW3418DW.

The Dell U3419W isn’t a gaming variant so it does not include FreeSync and the G-Sync compatibility mode that comes with it. You’d have to rely on a powerful GPU and tweaking the graphics settings to attain a sweetspot so tearing and stuttering doesn’t happen. Input lag is slightly higher at 20ms, but we feel that’s reasonable for the titles which are suitable for this model.

Thoughts on the Dell U3419W

The Dell U3419W is a fantastic ultrawide monitor due to its imaging quality and functionality. The IPS panel’s colors and gamma are perfectly set, so most users won’t need to use a colorimeter right away. The 90-Watt USB-C connector allows meatier laptops to be compatible, especially those with top of the line processors and graphics cards.

It’s difficult to call them weaknesses, but the only points where the Dell U3419W failed to impress is its use of OSD buttons and lack of FreeSync. The latter isn’t this specific model’s fault since it was not meant for gaming, but its commonly offered by other options. Overall, the Dell U3419W is a top choice if you want a color-accurate display for professional applications such as editing and design.

Search
NEW
POPULAR
You are here: Home / Reviews / Dell U3419W Review – Color Accurate Ultrawide IPS Monitor with USB-C – Highly Recommended
This website uses cookies to improve your experience. We'll assume you're ok with this, but you can opt-out if you wish.Accept Read More
Privacy & Cookies Policy