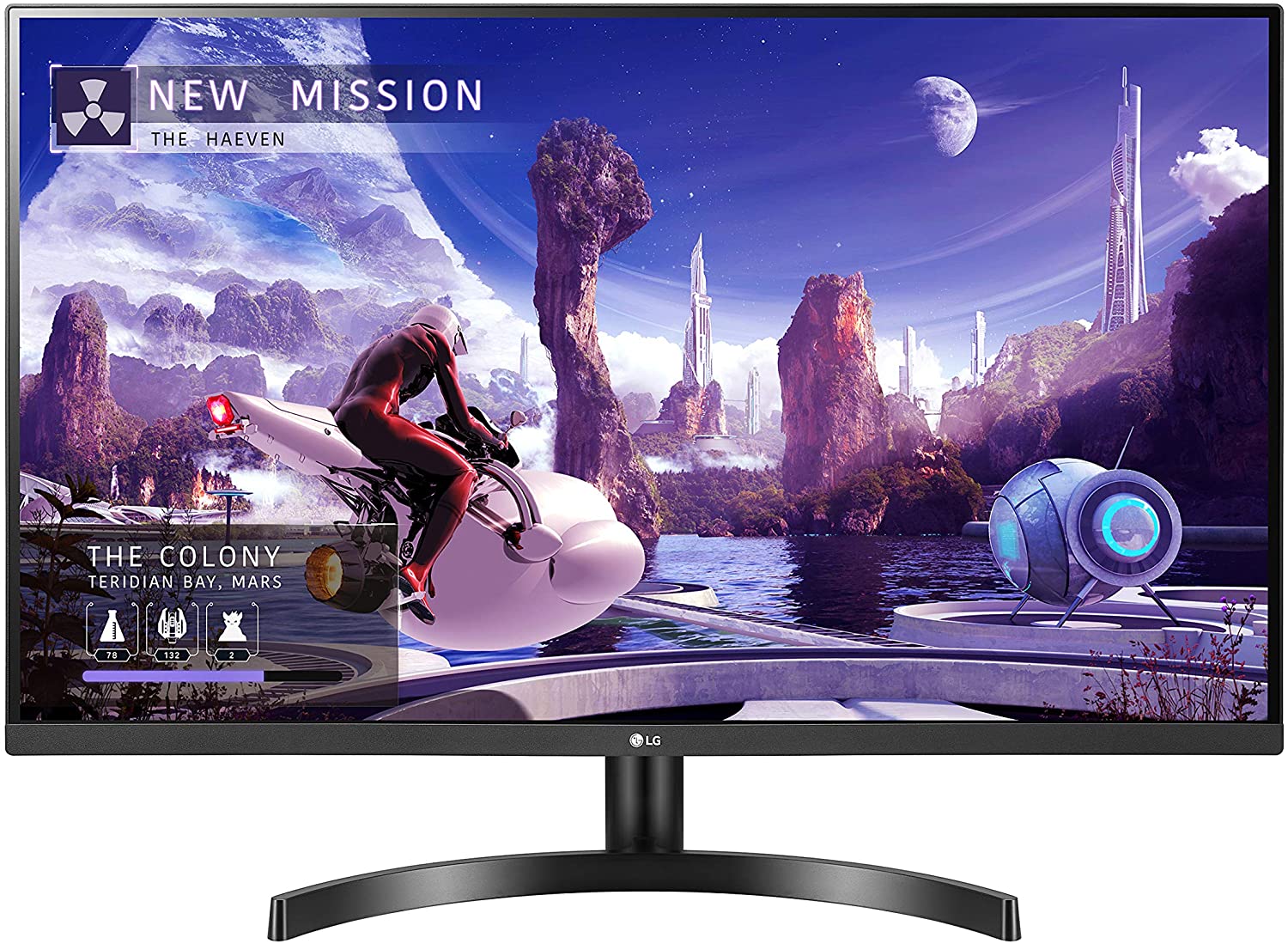 The LG 27QN600-B is an affordable solution for users who want a crisp 1440p IPS screen for work from home use and casual gaming. It competes against budget kings like the Asus PA278QV, but it’s geared towards a wider range of users instead of focusing on creators. Let’s check if the LG 27QN600-B is a suitable candidate for your daily-driver monitor that will not break the bank. 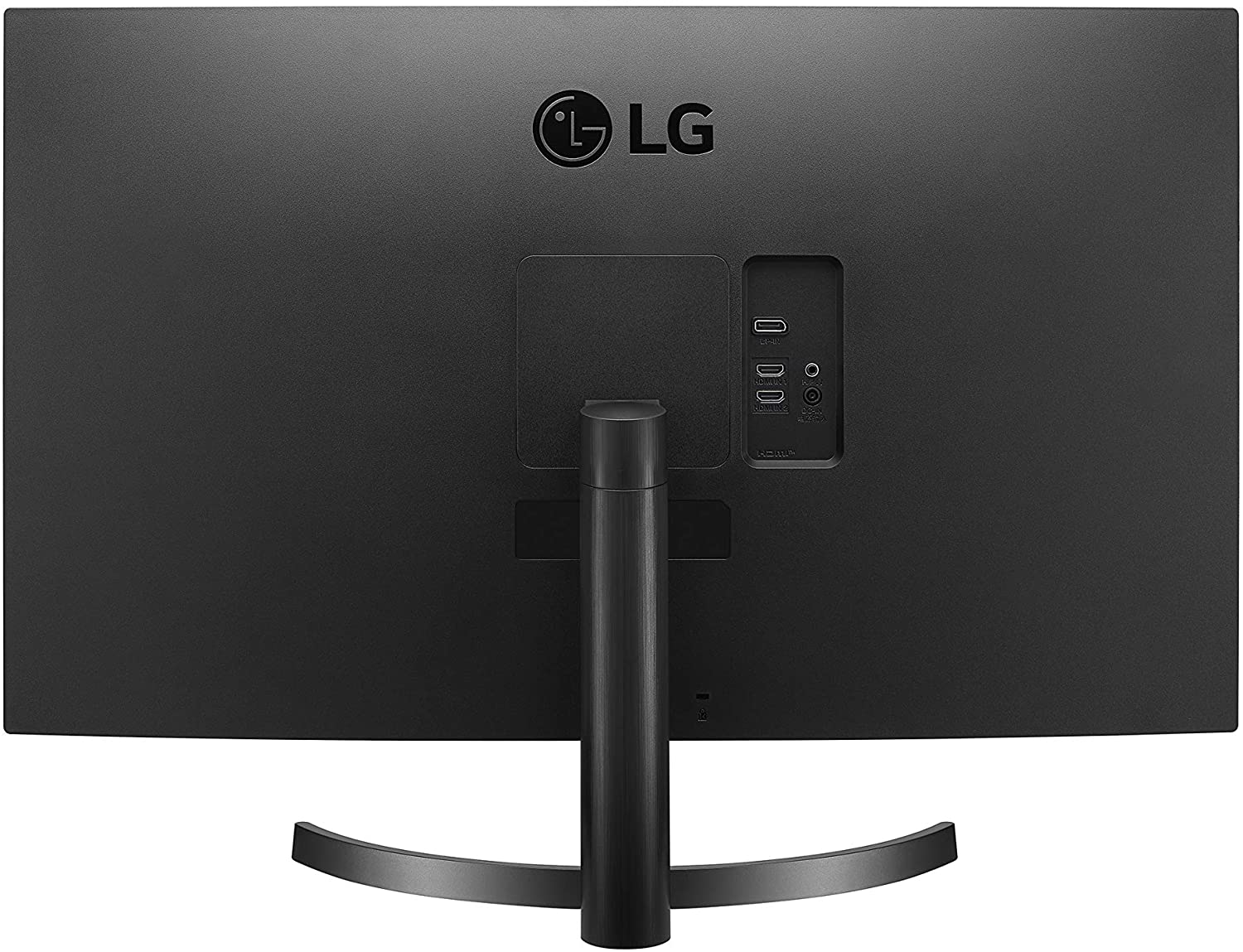 The LG 27QN600-B sports a minimalist aesthetic that’s regularly seen on many of its products, including the high-end variants. This model though has a matte black exterior, unlike the white and silver variants which look more luxurious. What’s great about it is it’s bezel-free on three sides so users can enjoy the entirety of the 27-inch IPS panel.

You will still see the ArcLine stand on the LG 27QN600-B, but we’re glad the company somehow downsized it. Older models needed more or 10 inches of depth, but this variant only needs 8.2 inches on your desk. It’s also lightweight for a 27-inch monitor, but you’d be hard-pressed to find a carry bag for it for moving around.

Build quality for the LG 27QN600-B is great since the materials feel sturdy and there are no cosmetic defects on any of its parts. There is, however, some wobbling from the stand which can get irritating if your surface isn’t stable or if you type heavily. It’s a limitation we usually see on tilt-only stands, so it isn’t in any way a design flaw or defect.

Another attractive characteristic of the LG 27QN600-B is its use of an OSD joystick even if it’s a budget model. It’s also compatible with LG’s OnScreen Control feature, so you can directly access some settings from your OS desktop. Most offerings in the same range still have time-consuming and confusing OSD buttons, so we consider this a benefit that doesn’t add to the price tag.

The stand included with the LG 27QN600-B is its downfall since it only offers tilt for adjustments. That’s fine in most cases, but dual-screens or taller users will struggle with the limitation of not having the right adjustment. You can opt for VESA mounts if you need more flexibility, but that will raise the overall cost of your upgrade if you don’t have one yet. 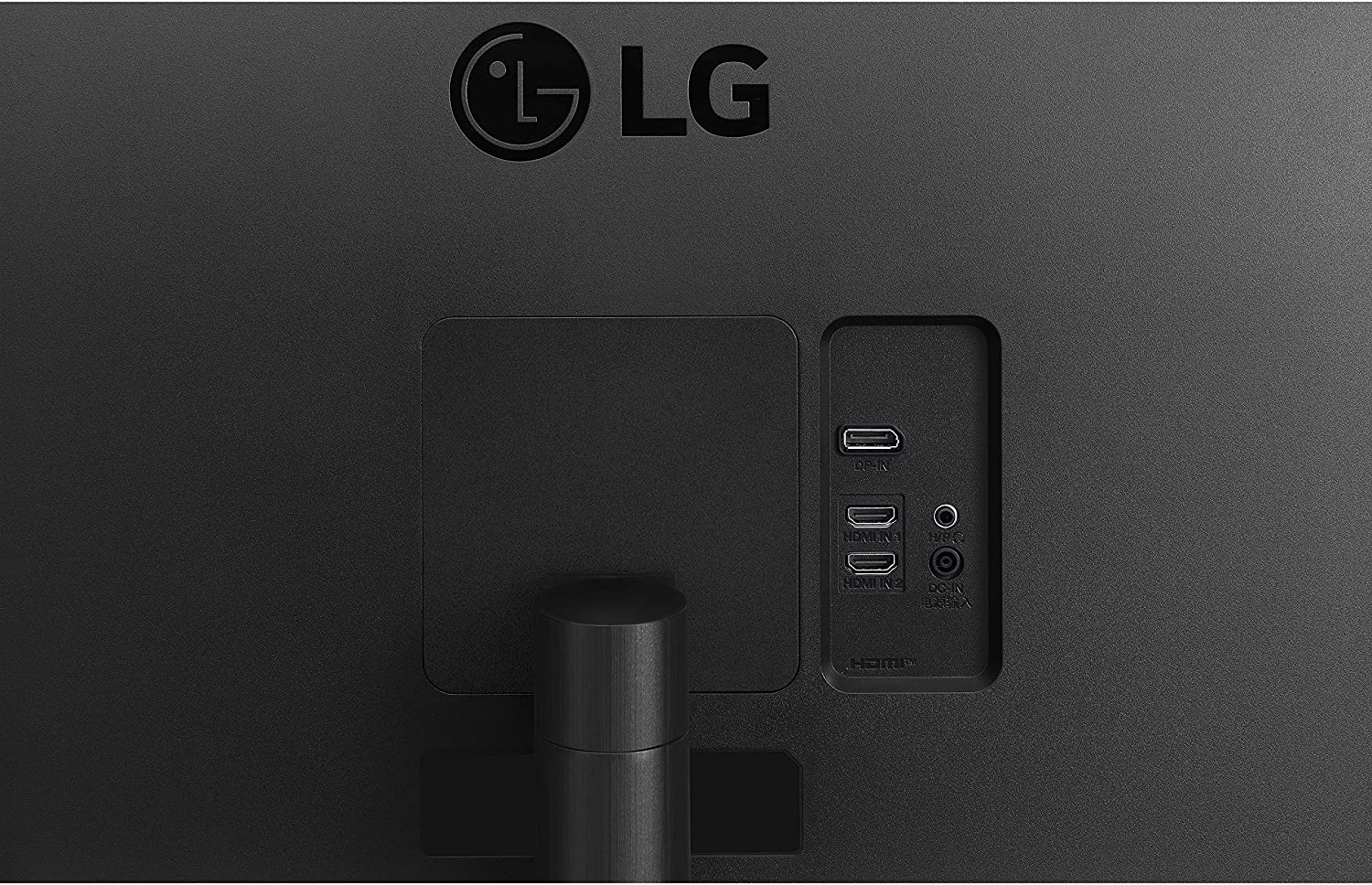 Connectivity for the LG 27QN600-B includes a single DisplayPort 1.2 slot and two HDMI 1.4 ports for secondaries. You also get a 3.5mm jack, but there are no extras such as USB ports for your accessories or peripherals. That’s fine for most users and it’s forgivable since this monitor is quite cheap for a 1440p variant.

You don’t get speakers with this model as well just like most budget models in the market since they raise the price. The LG 27QN600-B’s chassis is also quite thin, so we reckon it would be more difficult to squeeze in some drivers in there. And finally, headsets or desktop speakers will surely sound more convincing, so you are better off using those for entertainment purposes.

The LG 27QN600-B sports a 27-inch IPS panel with a 2560 x 1440 resolution, a 75Hz refresh rate, and a 5ms response time. The backlight’s maximum is at 350 cd/m2 while its contrast ratio is listed at 1000:1 like most IPS monitors. This model advertises HDR10 compatibility, but that doesn’t mean it can offer a profound visual experience you’ll get with high-end HDR 1000 variants.

27-inch 1440p monitors are considered as the current sweet spot in the industry even if 1080p is still more prevalent. QHD looks better in gamers since it has more pixels, but productivity doesn’t suffer since legibility doesn’t become worse. It’s great for all-around productivity and entertainment, and that’s why the LG 27QN600-B is such a great buy at its low price.

The LG 27QN600-B provides great color quality for a budget monitor, starting with its 97% sRGB which is vibrant for daily use. Default accuracy has a deltaE average of 2.43 which is decent for games and movies or general computer use. The screen looks vibrant and rich, and it doesn’t fall behind too much when compared to value monitors like the Asus PA278CV.

Calibrating the LG 27QN600-B improved its dE average to 1.09 which is considerably better with noticeable improvements in some hues. It’s highly recommended if you want a budget monitor for editing, but again, the Asus ProArt alternatives are better in this regard. It’s also not worth getting a colorimeter for budget monitors since they are quite expensive.

The LG 27QN600-B peaked at 346 cd/m2 in SDR, but it punched up to 369 cd/2 when its fed an HDR10 signal. Unfortunately, its contrast isn’t impressive since it showed a 986:1 average at 60% brightness settings. Blacks or dark scenes can look washed out at night, but that’s a known limitation of IPS technology.

Panel uniformity for the LG 27QN600-B was great since there were no noticeable backlight leaks or clouding issues. There are some patches on the upper corners that had some loss of contrast, but it’s not noticeable in full-color scenes. Take note that this aspect varies between every unit, so there are better and worse specimens out there.

The LG 27QN600-B is capable of reasonable pixel response time even if it’s limited to 75Hz and is not listed as a Fast IPS variant. Trailing and persistence are kept at a minimum if you are running close to 75Hz with its overdrive set to its Faster level. We don’t recommend maxing that out since there are no benefits and you will notice some overshoot, especially in contrasting transitions.

The LG 27QN600-B is a FreeSync monitor, but it also works with Nvidia Compatible mode even if it’s not certified. You need to activate the feature manually in Nvidia Control Panel, but that’s common with many non-G-Sync exclusive variants. Input lag sits at 10ms at 75Hz, so there is no need to worry about delays during use.

The LG 27QN600-B is a fine choice for a 1440p IPS monitor with great image quality for daily use. Its crisp IPS panel provides good colors and clarity, so it’s ideal for just about any computing task. It lacks a few creature comforts, but LG still included some valuable add-ons to make it more functional.

We anticipated the mentioned limitations with the LG 27QN600-B since it is a budget option with a high-resolution screen. The limited physical features are acceptable at this price range, while its limited contrast is quite common with IPS panels that do not have special treatment. Overall, it’s still a great buy for casual gaming or work from home use.

Search
NEW
POPULAR
You are here: Home / Reviews / LG 27QN600-B Review – Affordable 75Hz 1440p IPS Monitor for Mixed Use
This website uses cookies to improve your experience. We'll assume you're ok with this, but you can opt-out if you wish.Accept Read More
Privacy & Cookies Policy