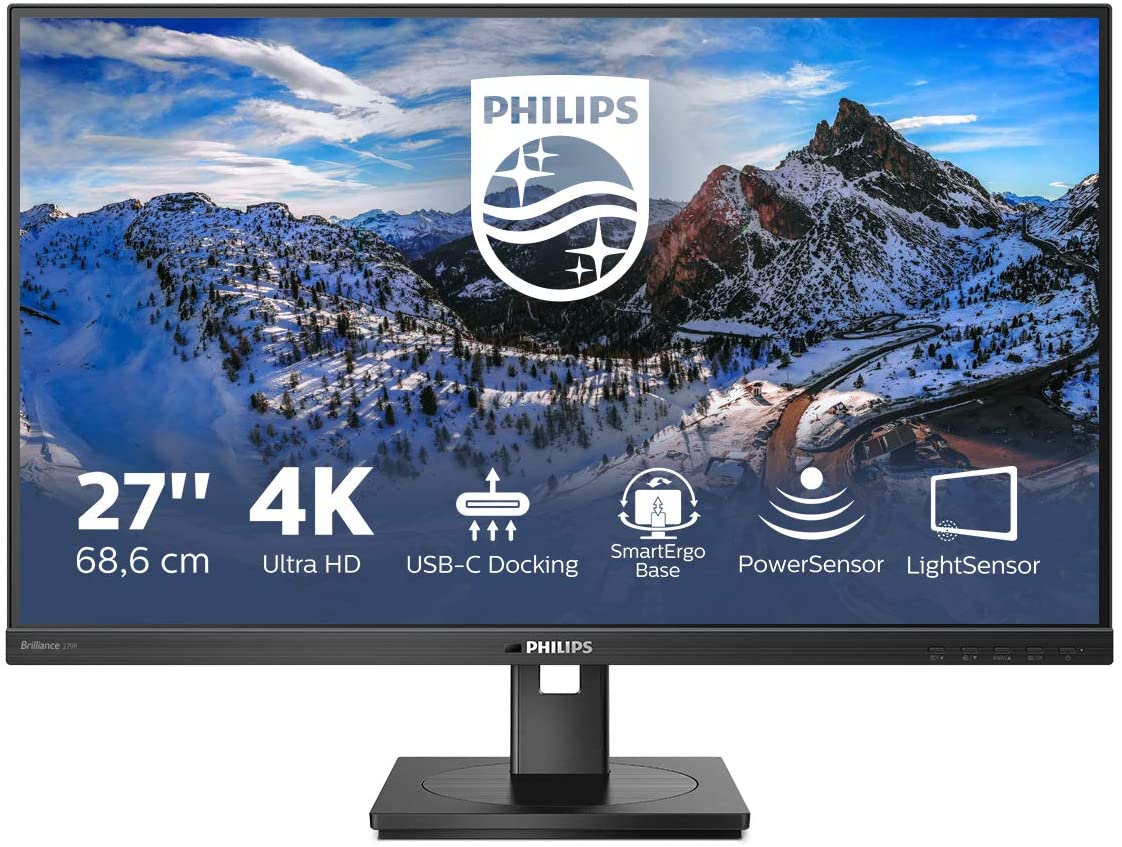 The Philips 279P1 offers a vibrant 4K IPS screen with modern features and vibrant colors at a very reasonable and irresistible price. UHD monitors are now more important than ever, so it’s great that brands are making them more affordable. The Philips 279P1 is a very enticing proposition, but let’s see what kind of performance it brings to the table. 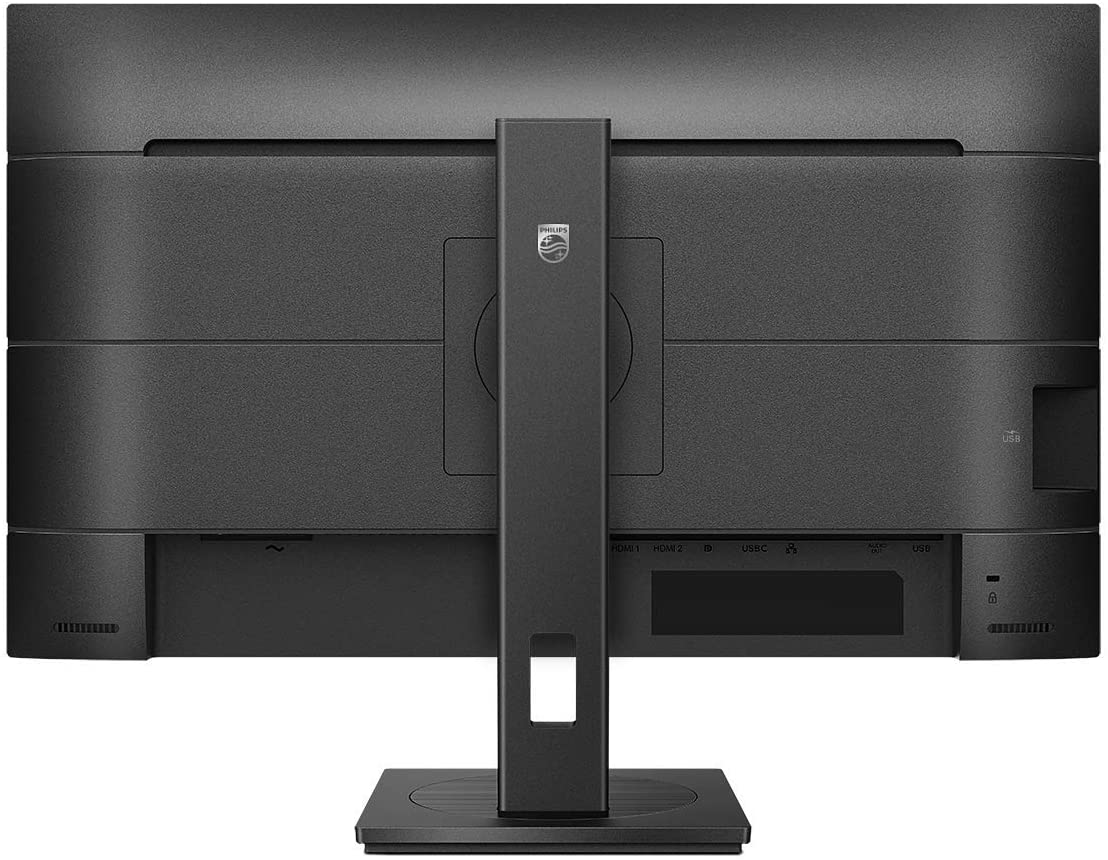 The Philips 279P1 utilizes a simple and modern design that makes it look like an office monitor but in a good way. The device is finished in matte black with brushed texture accents on the bezel and the base of the stand. The display is bezel-free, but minimal panel borders are still present, especially when it’s in use.

It’s a trend to make gaming monitors bigger and grander, but we’re glad Philips is going the opposite way with the 279P1. It’s noticeable sleeker than similar monitors, and it doesn’t take up a lot of space on your desk. It is, however, heavy for a 27-inch monitor so it’s the least portable option we’ve handled recently.

Build quality for the Philips 279P1 is solid even if it belongs to the budget segment where many have weaker physicalities. The plastics used feel thick and durable with ample reinforcement, so the monitor won’t easily break down. We also didn’t notice any cosmetic defects or wobbling on the monitor thanks to its clean aesthetic and metal stand. 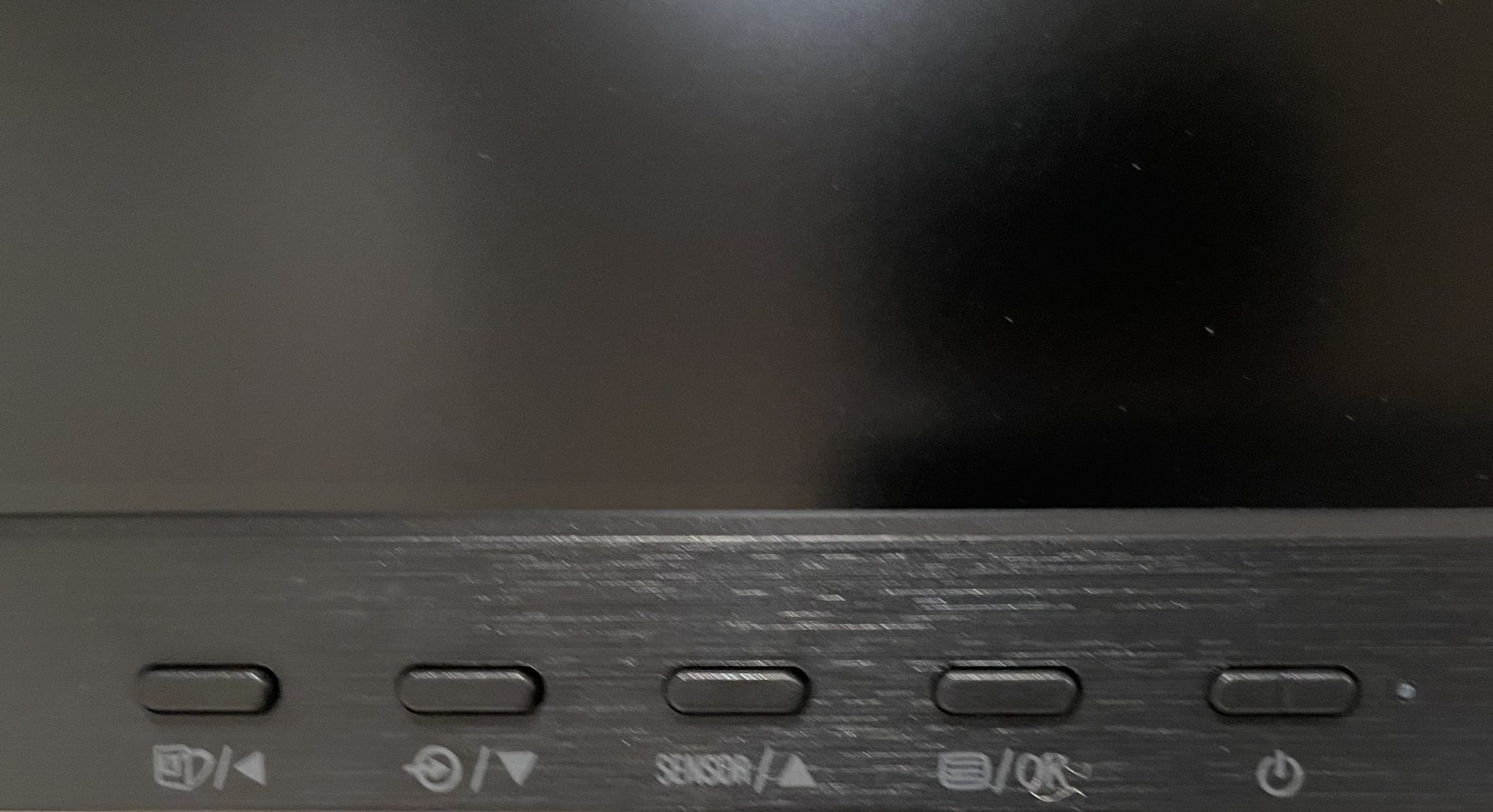 One downside we immediately noticed on the Philips 279P1 is its use of OSD buttons located on the bottom bezel. They are labeled correctly and are tactile, but getting to a specific sub-menu takes longer. The monitor also uses a flip on/off main switch which powers it down alongside the standby button at the front.

The stand included with the Philips 279P1 offers tilt, swivel, pivot, and height adjustments for your convenience. But what we love about it is it’s made of metal, so it is very sturdy and pleasing to the eyes at the same time. It’s completely removable for VESA mounting, but that won’t be necessary in most cases. 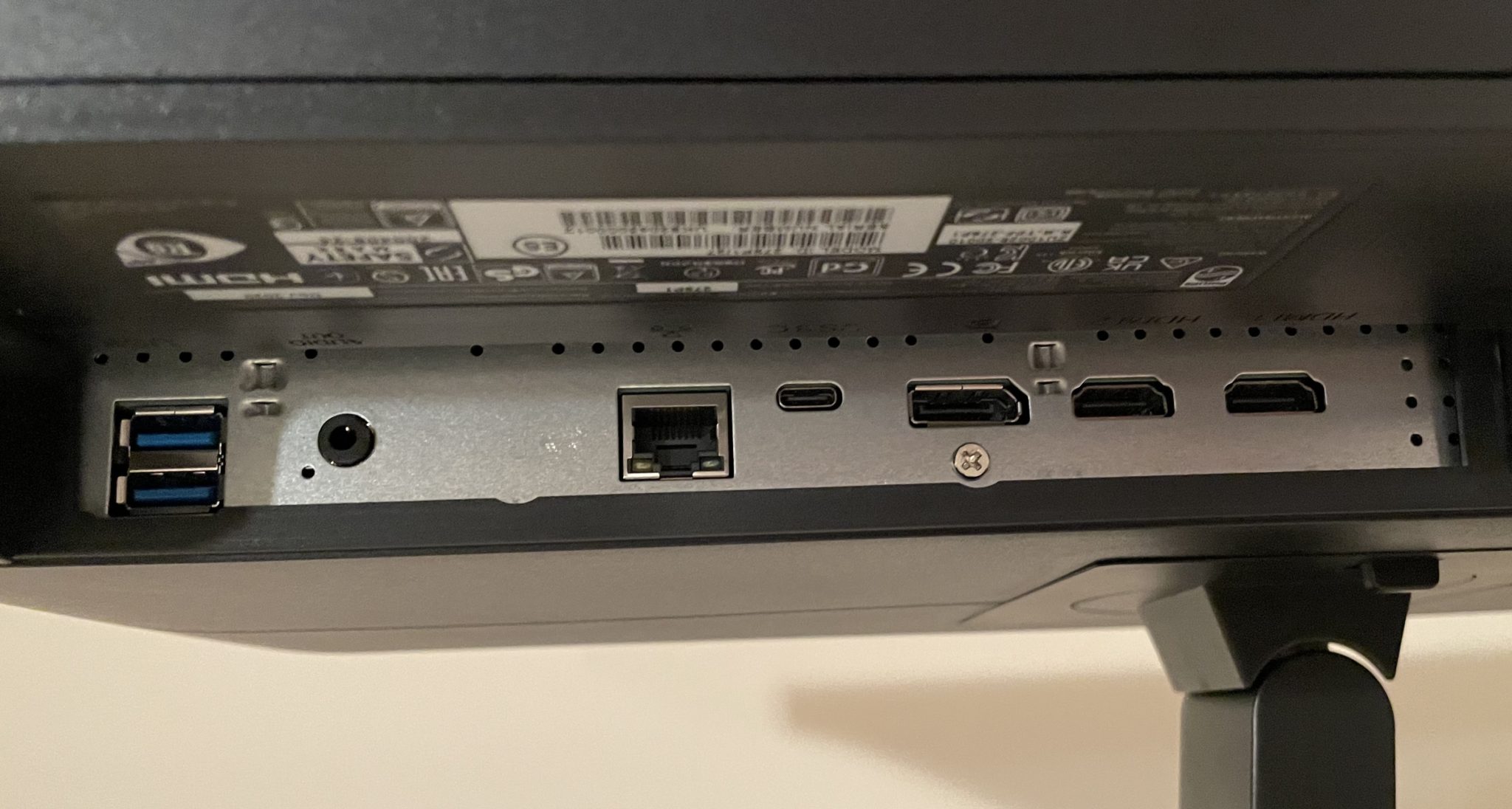 Another notable capability of the Philips 279P1 is it can adjust its brightness accordingly and power down if your desk is vacant. The monitor has built-in sensors which detect if its in use and the lighting in your room to help it adjust its power consumption. It comes in handy for your daily grind, but we recommend turning off the light sensor if you are watching movies or playing games since it affects the contrast at some points.

The Philips 279P1 even has plenty of connectivity features which are quite welcome at its price point. The layout includes DisplayPort 1.4, two HDMI 2.0 slots, RJ45, and a total of four USB 3.2 at the back and on the side hub. You also get a USB-C 3.2 port that supports DP Alt Mode and provides up to 65 watts for USB-C laptops like the MacBook Pro.

The Philips 279P1 even has speakers for convenience, so you can sit back and relax while watching videos or listening to voice calls. Desktop speakers and headsets will always sound better, but it’s nice to have a backup for daily use. The pair can get loud, but they easily distort at upper volume levels so use them discretely and sparingly.

The Philips 279P1 sports a 27-inch IPS panel with a 3840 x 2160 resolution, a 60Hz refresh rate, and a 4ms response time. The backlight is rated to go up to 350 cd/m2, while the contrast ratio is at 1000:1 like most IPS monitors. This model doesn’t advertise HDR imagery, but it does mention wide gamut coverage. 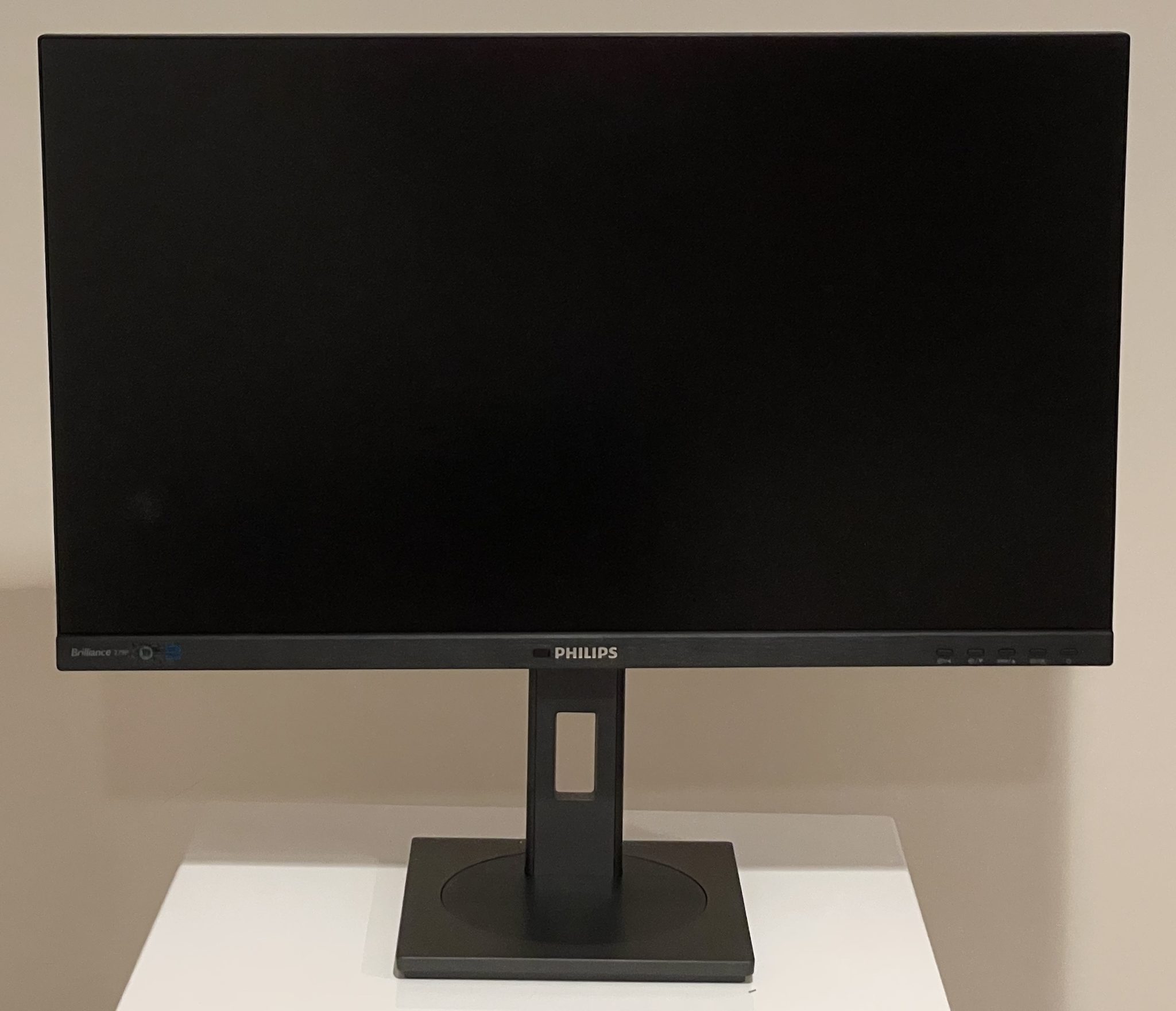 27-inch 4K screens are incredibly sharp and crisp so they work best for games and movies. Productivity, on the other hand, can suffer since It can be difficult to read walls of text. You get more screen real estate on the virtual side, but it’s not fully appreciable for some unless you go bigger. 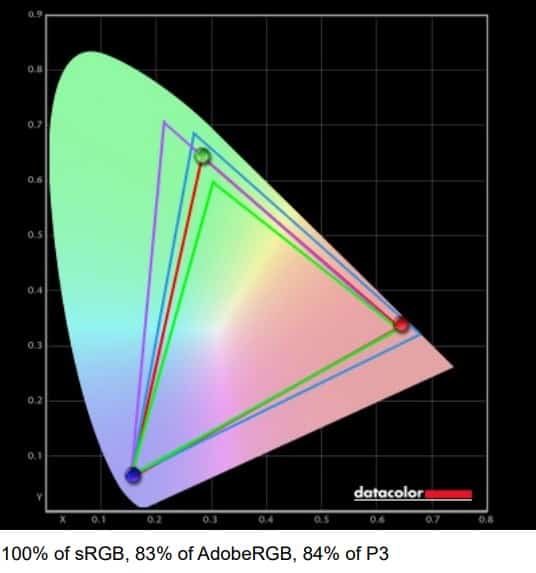 The Philips 279P1 is capable of superb color quality with its 100% sRGB, 83% AdobeRGB, and 84% DCI-P3 coverage. Default accuracy is fantastic for a budget monitor since the deltaE average is limited to 1.62. The screen does look a little bluish, so minor tweaking is necessary if you find it disturbing. 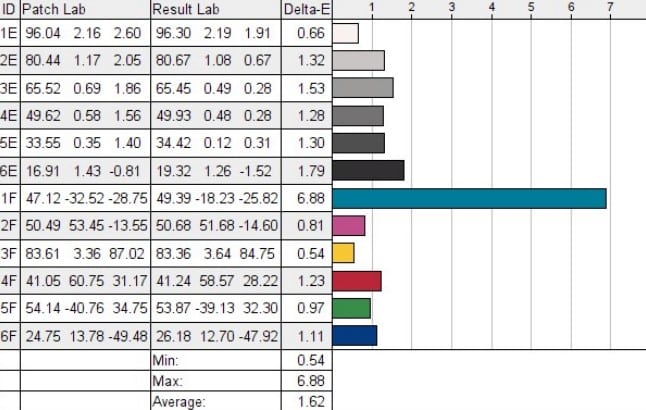 Calibrating the Philips 279P1 can produce a lower 0.89 dE average which is already suitable for content creation and editing. Doing so will also correct the monitor’s minor flaws but results for both default and calibrating settings will always vary. It’s also a fact that colorimeters aren’t cheap, so it’s not always practical to buy one just to tweak a daily use monitor.

The Philips 279P1 only hit 287 cd/m2 and around 1020:1 contrast at 60% brightness. The monitor can fight off glare, but it cannot produce deep blacks like VA or OLED panel types. Dark images and scenes can sometimes look washed out, but that’s a common limitation on most IPS screens in the market. 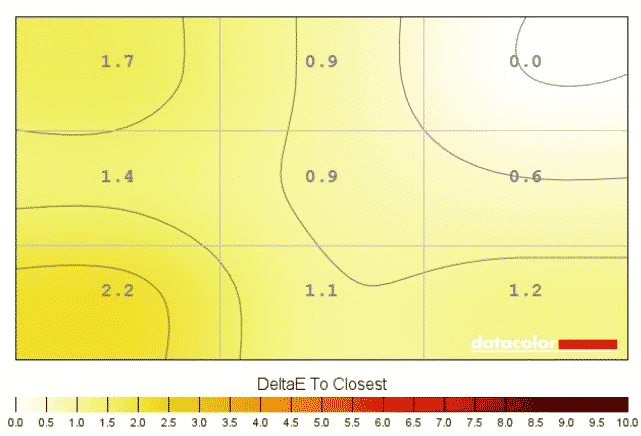 Panel uniformity for the Philips 279P1 is decent since there are no noticeable discolorations or temperature shifts in the quadrants. The lower-left corner does look a bit dimmer, but the resulting variance from the center isn’t immediately visible. Take note that this aspect also varies between every unit, so there are better and worse ones out there. Pixel response time isn’t a particular strength of the Philips 279P1 since P-line monitors are not meant for gaming.

The screen shows a bit of persistence in fast-paced or contrasting transitions, but adding some overdrive can help with that. It still won’t be comparable to Fast-IPS variants, but that’s understandable since it is more of a productivity monitor. The Philips 279P1 is FreeSync compatible, and G-Sync works when it’s forced via Nvidia Control Panel. However, the latter is wonky on uncertified models especially the 4K variants, so flawless functionality cannot be guaranteed. Input lag sits at 11ms at 60Hz, so it’s reasonably responsive for a non-gaming variant.

Thoughts on the Philips 279P1

The Philips 279P1 is a fantastic choice if you want a vibrant 4K screen for a wide variety of uses. Its low price with the help of a very commendable performance makes it a great buy for most users. Its features like its connectivity layout with USB-C make it invaluable for users with a healthy mix of devices such as MacBooks and gaming consoles.

You have to consider some weak points before buying the Philips 279P1 as your daily driver. Its weak contrast is a deal-breaker for most, and its control layout can be cumbersome for some enthusiasts.  We highly recommend this value monitor at $350 over similar options like the Dell S2721QS for mixed-use.

Search
You are here: Home / Reviews / Philips 279P1 Review – Affordable 4K Frameless Monitor with USB-C – Highly Recommended
This website uses cookies to improve your experience. We'll assume you're ok with this, but you can opt-out if you wish.Accept Read More
Privacy & Cookies Policy