Choosing between the PlayStation 4 Pro and the Xbox One X has been a perennial bane for console gamers who want the best out of their hard-earned cash. Both consoles present competitive and technologically advanced specifications which can more or less, go head to head with each other. Both products deliver 4K visuals out of the box, but there are a few ups and downs you have to consider before pulling the trigger.

The Xbox One X wins this race simply because it has more potent hardware. The 6 TLOP with a memory bandwidth of 326GB/s will enable the console to render and deliver frames to your display faster. This along with the 12GB GDDR5 VRAM is ideal for native 4K operation since the textures will be heavier and more complex, affecting the system’s performance.

The PS4 Pro, on the other hand, doesn’t lag with the slew of improvements it sports over its previous versions. The processor got a boost from 1.6GHz to 2.13GHz, and the GPU along with 8GB of GDDR5 memory is still an effective combination. The PS4 Pro includes 1GB of RAM which acts as a buffer for the rest of the system, so as not to affect the console’s graphics processing.

The specifications mentioned above spell the difference in graphics processing power, giving the win to the Xbox One X. Microsoft and its engineers focused on producing games at native 4K 60FPS for a considerably smoother performance. Although there are a few titles that still use upscaling and supersampling.

The PS4 Pro can offer 4K at 60FPS, but most of the games are coded to run at either 4K 30FPS or use upscaling on renders created at lower resolutions to make it look like the images are in UHD. This is the biggest downside of the PS4 Pro, although it’s due to lack of available titles more than a disability of the system specs.

But the question of which one has better graphics is mostly still debatable up to now since no one has been able to offer a non-subjective comparison between the two. However, Digital Foundry has tested a few titles to reveal the discrepancies in performance between the PlayStation 4 Pro or Xbox One X.

One example is Fifa 18, which at a glance, looks the same when played on the PlayStation 4 Pro or Xbox One X using identical displays. According to the findings, the only advantage for Xbox One X lies in the draw distance of the grass which affects how detailed it looks from afar. This kind of benefit isn’t enough in our books to immediately go for the Xbox One X since this is a minor aspect of a title’s graphics.

On the other hand, Middle-Earth Shadow of War looks noticeably better since it’s optimized to utilize the Xbox One X’s extra horsepower. The game includes more detailed texture packs on the Xbox version, reaching a 1980p output over the PS4 Pro’s 1620p. 4K 2160p is out of reach for both products, but there is a clear winner for this game and similarly-coded titles.

Diablo 3 is another popular multiplatform title that’s available on the PlayStation 4 Pro or Xbox One X. This game achieves 2160p on both consoles, but the former can only maintain 4K in select areas. The PS4 Pro will downscale the graphics to maintain performance, and even if the Xbox One X still experiences this, it will do so less frequently.

The Xbox One is the established powerhouse between the two, but choosing based on this aspect is moot since there are upscaled titles for this product as well. The most significant advantage of the Xbox One X over the PlayStation 4 is its compatibility with FreeSync and the ability to play games at higher refresh rates. Competitive gamers consider this as the largest draw of the brand, especially since Sony doesn’t have plans of upgrading their contender to follow suit soon. 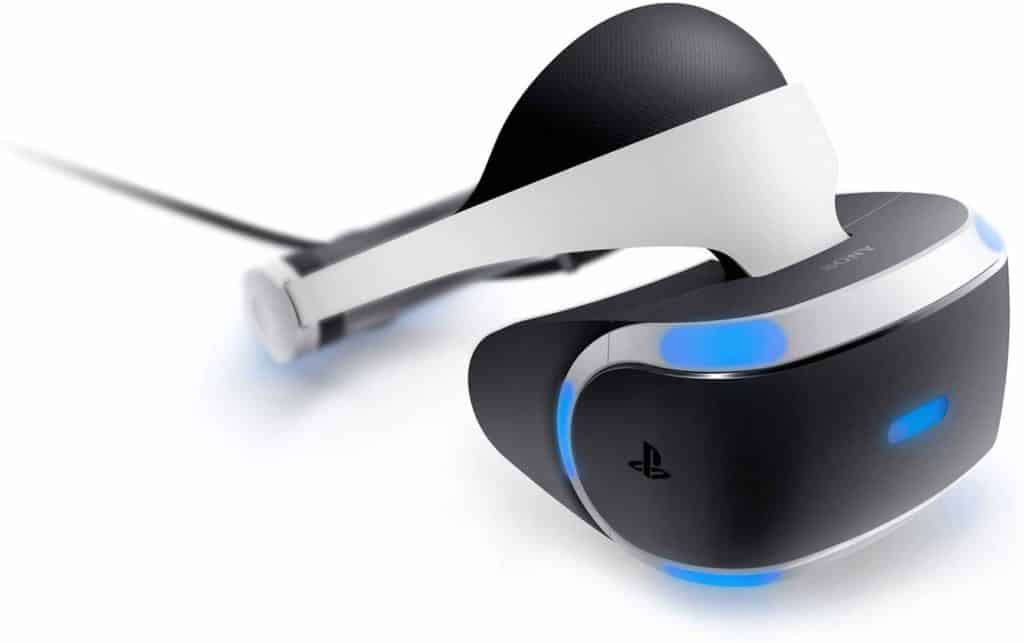 The PlayStation 4 Pro or Xbox One X’s designs are the most subjective characteristics for the two since beauty is in the eye of the beholder. Both consoles look like they are appropriate for this technological age, but Microsoft’s bet looks slightly better and cleaner. The PS4 Pro’s triple-decker design doesn’t sit well with every user, but the brand has released several limited editions which are beautiful enough to sway consumers.

Controller design is also based on preference, but we think everybody agrees that the Xbox One X’s wins in the comfort department hands down. Even if the DS4 controller is sleeker and available in more flavors, we know hardcore gamers still prefer the Xbox’s timeless button layout.

One way the PlayStation 4 Pro can fight back over the Xbox One X controller’s popularity is the availability of the PSVR headset and peripherals. Microsoft is involved in developing VR gadgets for the PC, but they do not have plans of introducing VR to the Xbox One X due to their focus on the PC platform.

Most AAA titles release on both the PlayStation 4 Pro or Xbox One X, so there shouldn’t be any issues in this regard. The Xbox One X also supports backward compatibility, while the PS4 Pro is limited to current gen titles. Not all of the Xbox 360 titles can be played on the latest version, but the list keeps growing, bringing more options to its owners.

The Xbox One X also allows games to work on both the console itself and Windows 10 via Xbox Play Anywhere for titles purchased through the digital store. For the multi-platform gamer who wants a well-equipped battle station, this capability is a huge selling point.

However, the PS4 Pro’s main advantage and what makes it so popular is the exclusive titles the console gets. These limited games offer unique experiences, storylines, and gameplay which gets them awards such as the Game of the Year. The biggest pain of not owning a PS4 Pro is missing out on these titles which are 99% of the time, never released on PC or the Xbox.

Even if the Xbox One X has the upper hand when it comes to graphics quality, your enjoyment will still depend on the titles you want to own. The Xbox One X’s extra muscle is useless if you like games such as God of War which is a PS4 exclusive.

Check out this table of the Xbox One X and PlayStation 4’s most popular and must own exclusives:

Note: Some of the Xbox One X games listed are also available on PC, which isn’t surprising since Microsoft is pushing for cross-platform play. 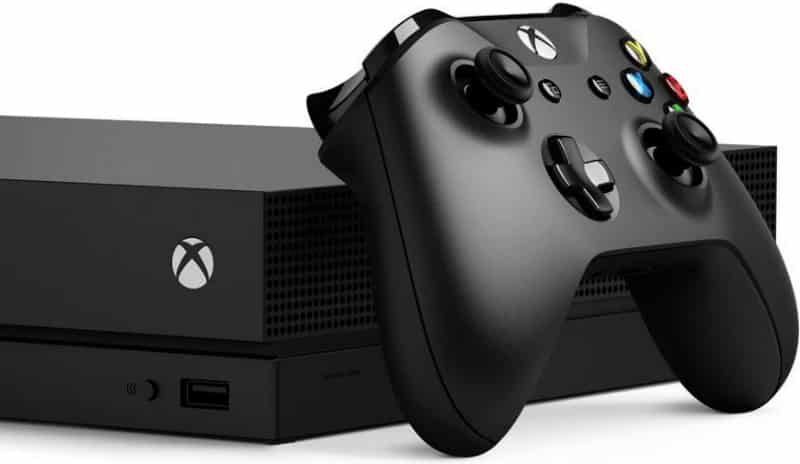 Streaming from services like Netflix and Amazon Prime in 4K HDR isn’t an issue for both products, but the Xbox One X includes an Ultra HD Blue-ray player instead of a regular variant. This feature means you can play UHD Blu-ray discs on the console and enjoy uncompressed copies of movies and shows in 4K HDR.

Both the PlayStation 4 Pro or Xbox One X is fully capable of HDR signals which are maximized by TVs like the LG OLED C8 and monitors like the Philips 436M6VBPAB. However, the Xbox One X takes the cake by offering Dolby Vision which is a more rigorous standard for HDR output. Dolby Vision has higher gamut and contrast requirements, plus it utilizes dynamic scene-to-scene metadata for considerable improvements in the visuals.

The Xbox One X also supports Dolby Atmos which is a technology that enables cinematic, 3D Surround audio. Compatible home theaters are plug and play, while the PS4 Pro will require several tweaks to get a nearly identical audio experience.

PlayStation 4 Pro or Xbox One X – Price and Availability 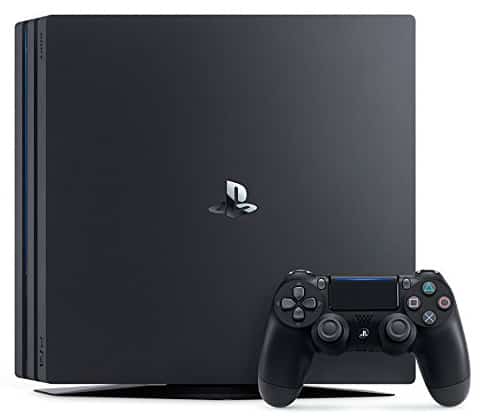 It’s no surprise that the Xbox One X has the advantage when it comes to features and specifications since it is a newer release, unlike the PS4 Pro which is older by more or less a year. The $100 difference between the two isn’t a massive difference, but you can get two PS4 exclusive games with that kind of money. Take note that you can still enjoy the said titles in 4K HDR even if there are a few disadvantages which are usually unnoticeable.

The PlayStation 4 Pro is the more practical choice, but the Xbox One X’s hardware, compatibilities, and features make it the slightly more futureproof buy. The latter is also a great option if you already have the gadgets that support its capabilities such as a Dolby Atmos home theater or a Dolby Vision-enabled TV.

However, all that jazz is useless if you don’t have the titles you want. Choosing between the PlayStation 4 Pro or Xbox One X should still be based on what games you want to play since the latter has almost no exclusives. Most Xbox exclusives are available on PC, so having an Xbox with a capable rig is sometimes considered pointless.

Another factor to consider is the subscription cost for PS Plus and Xbox Live Gold. Both subscription plans cost $60 per year, but it’s worth finding out if you can get discounts on one or the other. Both offer free games you can download and play whenever as long as the sub is active, but what’s more important is you need to pay for this service yearly to enjoy online multiplayer.

Thoughts on Buying the PlayStation 4 Pro or Xbox One X

The Xbox One X is the clear winner if we consider hardware, features, and design. The product’s capabilities are simply better than what the PS4 Pro offers, especially if you consider graphics performance.  The Xbox One X is the better investment if you want to create a high-end living room setup, or if you’re going to play competitive titles like Call of Duty or PUBG.

However, the PS4 Pro is the must buy for gamers who want the best story-driven exclusive titles which rake in most of the sales for Sony’s contender. You can still play games in 4K with HDR enabled, and even if there are shortcuts, the experience is more or less the same. The Xbox One X wins from a reviewer’s viewpoint, but the PS4 Pro could be the best option for you depending on your preferences.

Search
NEW
POPULAR
You are here: Home / Reviews / PlayStation 4 Pro or Xbox One X – Which is the Best Buy
This website uses cookies to improve your experience. We'll assume you're ok with this, but you can opt-out if you wish.Accept Read More
Privacy & Cookies Policy