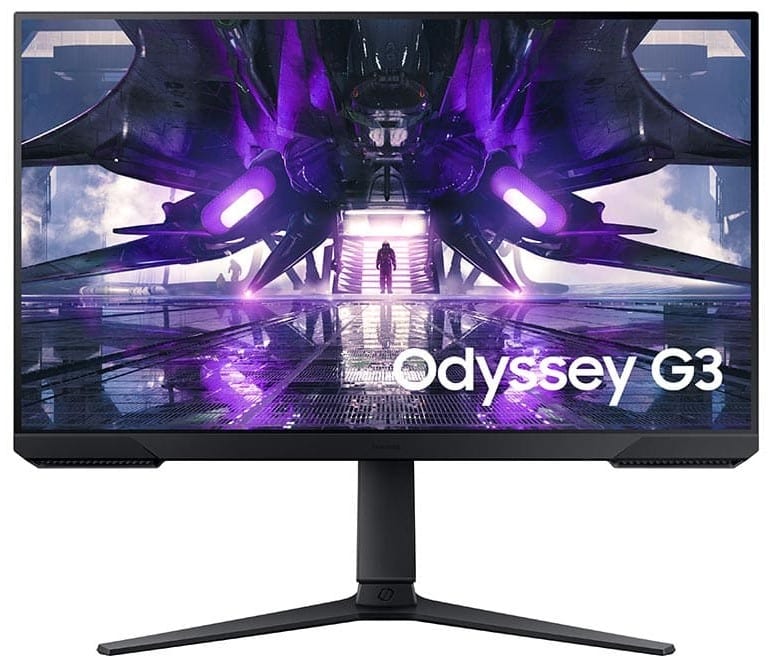 The Samsung Odyssey G3 S27AG30 is a reasonably-priced gaming monitor with a fast 144Hz IPS panel that’s perfect for gaming in general. It’s an entry-level variant since it’s in the G3 lineup, so it doesn’t have extra features like Quantum Dot treatment or local dimming. Let’s check and see if the Samsung Odyssey G3 S27AG30 can outperform its IPS-based competitors which have risen to popularity in recent times. 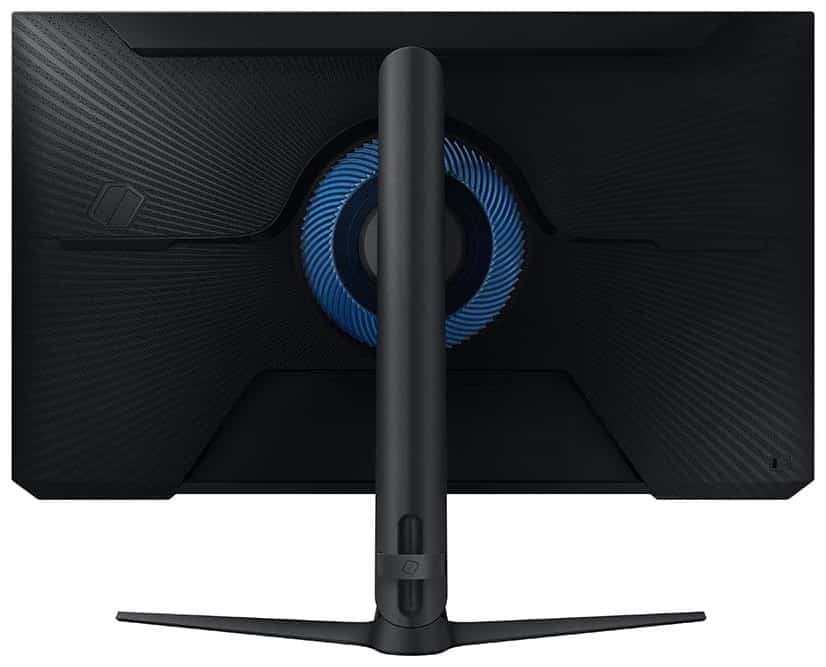 The Samsung Odyssey G3 also has a facelifted aesthetic that looks more attuned with gaming but isn’t as aggressive as some offerings. The device has a matte black finish that will not clash with themed setups and is very easy to maintain. The display is bezel-free on three sides, but you will still see inner borders when it’s in use.

This model is an upsized version of the S24AG30 we reviewed earlier, so it isn’t surprising that it has larger dimensions. However, its total depth remains the same so you don’t have to be worried about bumping off your other peripherals. It is not too heavy at 11.69 pounds so it can be brought to LAN parties and easily moved around if ever you’d want to reorganize your setup.

the monitor has decent build quality although it can sometimes feel cheaper if you compare it to a more premium alternative like the BenQ EX2710S. Its plastic panels are reasonably sturdy even if there is a bit of flex if you squeeze hard enough. The stand is mostly made out of plastic, but it’s stable enough to prevent wobbling and sagging.

The blue plastic ring at the back is usually where the Infinity Core lighting feature of the higher-tiered models is located. However, it’s only decorative for this model since it sits at the lower end of the Odyssey portfolio. That’s okay since RGB lighting at the back isn’t crucial for your gaming experience and it usually entails a higher cost.

You will also find an OSD joystick with this monitor unlike many of the budget models in the market. It’s located under the Samsung logo so you don’t have to bend and reach over for it if it was at the back of the cabinet. It is easier and quicker to use compared to a button layout and it’s less prone to wrong inputs even if you can’t directly see it.

The stand included with the Samsung Odyssey G3 S27AG30 offers tilt, swivel, pivot, and height adjustments, unlike other budget monitors. It’s easy to get a comfortable viewing angle without changing anything on the monitor. You can use VESA mounts, but it’s unnecessary unless your desk space is limited or if you have multiple displays.

The Samsung Odyssey G3 S27AG30’s connectivity layout is another aspect where the brand skimped to help it meet its intended price point. You only get a slot each for DisplayPort 1.2 and HDMI 1.4, along with a 3.5mm jack for headphones. That’s all you need for basic operation, but it could use some USB slots since similar-priced alternatives have them.

You also don’t get speakers with the package, but that’s okay since it’s a budget model anyway. Gamers often prefer headsets that are tuned for immersion and focus, so they will perform better when used with the monitor. However, it’s always nice to have extra features even if they are seldom used since they add more value to a specific item.

The Samsung Odyssey G3 S27AG30 sports a 27-inch VA panel with a 1920 x 1080 resolution, a 144Hz refresh rate, and a 1ms boosted response time. The backlight has a 250 cd/m2 output while the contrast ratio is at 3000:1 like most VA panels. What’s unique about this model is it’s a flatscreen instead of the usual curved VA panels used in many of the Odyssey monitors.

27-inch 1080p monitors aren’t well-liked since everyone thinks it is pixelated compared to its smaller siblings. Sure the pixel density is a bit looser, but that also translates to great visibility and legibility for games and productivity. It’s easy to run the monitor with most GPUs, so it’s an ideal choice if you play E-Sports games like CSGO.

The Samsung Odyssey G3 S27AG30 renders 97% sRGB and 71% DCI-P3 which is kind of low for the panel type, but sufficient for gaming purposes. Default accuracy isn’t perfect with a deltaE average of 2.67, but most would be hard-pressed to find color errors. Gamers don’t need to refine the monitor apart from adjusting its brightness to a comfortable level.

Calibrating the monitor reduced its delatE average to 1.88 which is better, although it isn’t a noticeable improvement in games and movies. You also need a colorimeter to enable correction like this, although results will always vary between every panel made. It’s not practical to spend on the gadget just to chase a few notches of color correction.

Its backlight manages to put out 251 cd/m2 at 100% while its maximum contrast ratio hits 3522:1 at 60% brightness. The screen works great for games with dark or night scenes and most images look full and rich. It looks better than IPS and TN in this regard, but each panel type has its pros and cons.

Panel uniformity is great for the device since there were no backlight leaks that cause clouding issues in dark scenes. There are some deviances over the backlight’s spread, but only colorimeters can detect them. Note that this can vary between every monitor made due to panel qualities and manufacturing tolerances, so there are better and worse units out there.

Responsiveness is the Samsung Odyssey G3 S27AG30’s weakest link since it uses a VA panel. It isn’t particularly blurry, but contrasting scenes such as dark images with streaks of light will reveal some trailing. You need to use the monitor’s Fastest overdrive setting to alleviate it, but even then, it will not be completely smudge-free.

The Samsung Odyssey G3 S27AG30 is compatible with both FreeSync and G-Sync so you can enjoy VRR with any GPU. This duality is crucial if you want Adaptive Sync since the GPU market is quite unstable and video card prices are sky-high. Input lag sits at 4ms at 144Hz, so there is no need to worry about delays while gaming.

The Samsung Odyssey G3 S27AG30 is a decent monitor if you want extended refresh rates and high contrast. It doesn’t have a lot of creature comforts and extras, but the fully adjustable stand and decent build quality are enough. It is fast and responsive, but it’s still bound by some weaknesses that are natural with the panel type.

That weakness is the slow pixel response time that you would normally get if you choose VA panels. They have improved over the years, but only Fast IPS and TN models have truly gotten around it. But despite that, the Samsung Odyssey G3 S27AG30 is still an excellent buy provided that you are not sensitive to smudges and persistence in fast-paced scenes.

Search
NEW
POPULAR
You are here: Home / Reviews / Samsung Odyssey G3 S27AG30 Review – Affordable 144Hz Gaming Monitor for E-Sports
This website uses cookies to improve your experience. We'll assume you're ok with this, but you can opt-out if you wish.Accept Read More
Privacy & Cookies Policy