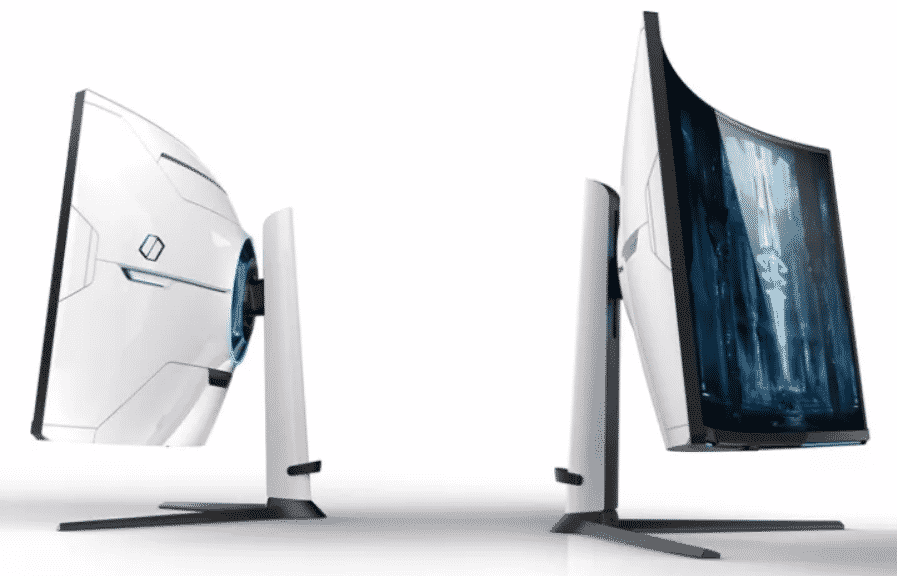 Samsung Gave us a sneak peek of their latest Odyssey flagship for 4K enthusiasts ahead of the upcoming CES 2022 expo. The Samsung Odyssey Neo G8 is the first 4K gaming monitor with a lethal 240Hz refresh rate and Mini LED combination for stunning visuals and smoothness. We know you like the sound of these terms in one sentence, but we’re also sure your wallet and GPU are both scared to death of it.

The price for the Samsung Odyssey Neo G8 wasn’t part of the reveal, but we’re pretty sure that it’s going to be crazy expensive, even when compared to the Asus PG32UQX. The difference with this model is it has almost twice the refresh rate at 240Hz and it has what Samsung is calling Quantum HDR 2000 technology. That points out that this model has up to 2000 cd/m2 of peak brightness.

We didn’t catch which panel type the Samsung Odyssey Neo G8 will use, but it is safe to assume that it is an advanced VA panel. It has a 1000r curvature like many of the other Odyssey monitors to make it more immersive. Its 1000000:1 contrast ratio sounds like a marketing ploy, but Mini LED monitors are indeed capable of exponential figures in this regard. It also has DisplayPort 1.4 and two HDMI 2.0 slots, but we’re not sure how the former will support 4K 240Hz with HDR on full blast.

Its aesthetics didn’t change even if it’s going to release inside a new year compared to the 2021 arrival of the Neo G9. It is like a smaller version of it, but do keep in mind that this has more vertical pixels compared to the super ultrawide. We know that not everyone is crazy about the 5120 x 1440 resolution of the bigger model, so this might be the next ultimate upgrade for many of them.

The Samsung Odyssey Neo G8 also features the brand’s CoreSync technology which is basically a set of RGB LEDs at the back. The gist of it is that it can synchronize with the colors of the screen, giving you a bias light. The latter will help keep your eyes comfy while adding more wow factor to the monitor’s promised immersive capabilities.

Unfortunately, the exact release date and SRP for the Samsung Odyssey Neo G8 were not included in the announcement. We’re pretty sure that it’s going to be very expensive with limited quantities, so you might want to stay tuned to catch it when it drops. We’re also looking forward to Samsung’s CES 2022 showcase this month to know more.