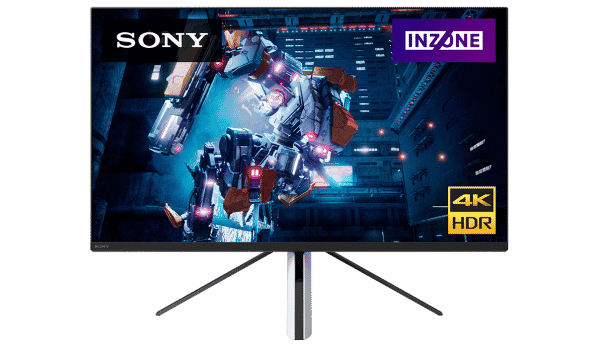 The Sony Inzone M9 aims to impress right away with its impressive specifications and unique aesthetic that you won’t find in the typical monitor brands. It is ideal for enthusiast PC gaming, but it’s intended for Sony’s PS5 console judging by its exclusive PlayStation features and its familiar looks. Let’s take a closer look to gauge how the Sony Inzone M9 will pave the way for the home appliance brand in the cutthroat gaming display market. 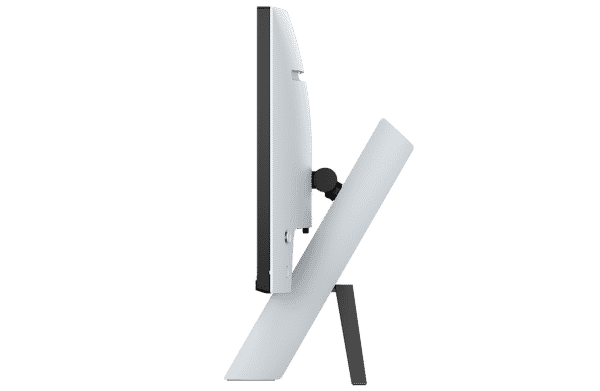 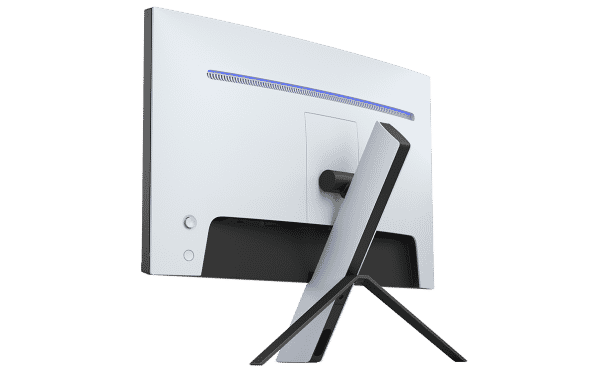 The Sony Inzone M9 employs a unique design that sets it apart from your typical desktop monitor. It has a black and matte white combination just like the original PS5 so it should be a perfect match if you have the console or a themed white build. It has a three-sided bezel-free design, but it’s still bound by inner panel borders like all monitors.

It is not a massive monitor despite its stand’s peculiar design, so you won’t have to struggle with placement. It’s 2 feet wide like most 27-inch monitors, but it needs less than 10 inches of depth. It’s also very light at 15 pounds, so it should be portable enough for LAN parties or easy to move around if you rearrange your setup often.

Its build quality is great since it’s a premium model even if it’s relatively new in the monitor market. The plastics used are sturdy enough to prevent flexing and cracking, and there were no cosmetic defects on any of its parts. The included stand is firm and stable so you won’t have to worry about it sagging or shaking while you are gaming.

The Sony Inzone M9 has an OSD joystick above its power button at the back of the device. They are located at the lower right side so it should be easy to reach and use unless you are sitting on a couch and away from your desk. Premium models even go as far as adding remotes, but that’s okay since those rarely become necessary.

The stand included with the package only offers tilt and height adjustments because of its unique design. That’s all you will need for a normal gaming setup, but we’d like more flexibility from a product at this price point. You can use VESA mounts, but it only becomes necessary if your desk is limited or if you have multiple screens on deck.

Its connectivity layout includes two HDMI 2.1 ports for the latest consoles, a DisplayPort 1.4 slot for PCs, and a USB-C connector with DP Alt Mode for modern laptops. It also has four USB 3.0 ports and a 3.5mm slot for your peripherals and accessories, along with KVM functionality to maximize all that. We think that this variety should be standard on expensive monitors so consumers can maximize them and their worth.

Its weakest feature is its speakers which only have 2 watts of power and not enough room to resonate good sound. This is common on many gaming monitor variants, but it’s inexcusable at this price point. Most of Sony’s high-end TVs have excellent audio equipment, so we couldn’t think of an excuse why they would not design something for their first foray into this market.

27-inch 4K monitors are extra sharp and highly detailed so they are great for gaming and general entertainment. Games and movies look sharp and clean, but the downside is that legibility and visibility can suffer since everything, including text, becomes compressed or smaller. It’s also going to be more demanding on your graphics card, so getting a top-end model might be ideal.

The Sony Inzone M9 covers more than 100% sRGB and 95% DCI-P3 for stunning colors in games and movies. It’s not accurate out of the box with a deltaE average of 3.12 since it’s tuned to have a cooler color temperature than most monitors. That’s fine in most cases, but you can use its sRGB mode if you want to lower the deltaE to 2.15 and make the screen look warmer and more natural.

Calibrating it revealed that it is capable of prosumer-level accuracy that enables users to use it for editing and content creation. Using a colorimeter lowered the dE average to 0.55 which balances it out and makes its output more lifelike. However, you need a colorimeter to get that, and those aren’t practical if you are only playing games.

The Sony Inzone M9’s backlight reached 497 cd/m2 at 100% and 788 cd/m2 when it is HDR mode works its magic. Its contrast averaged at 1187:1 at 40% brightness, but it expanded close to around 15000:1 in some instances when its local dimming functioned. This result is better than most HDR 600 monitors which only have edge-lit local dimming, although mini-LED models will still offer considerably better performance.

Another feature on the Inzone M9 that can utilize its HDR capabilities is its ability to activate PS5-exclusive features when it detects the console. This includes Auto HDR Tone Mapping which optimizes HDR settings for the PS5 and Auto Genre Picture Mode which activates the monitor’s Game Mode to reduce input lag. It can also switch to Cinema Mode when you watch a movie through the PS5, adding another layer of convenience that isn’t available on other systems.

The Sony Inzone M9 has mixed results when it comes to pixel response times. You need to boost its overdrive to its Faster level if you are below 90Hz, but the Fast setting is your solution if you can get 120Hz or more. It’s still prone to blurring in some instances, but that’s a side effect of its local dimming that can’t be avoided.

The Sony Inzone M9 is also compatible with FreeSync and G-Sync so gamers can enjoy tear and stutter-free gaming. It is nice to have both since consoles rely on AMD’s solution while PC gamers who mostly use Nvidia GPUs can do the same. Input lag sits at 9ms at 144Hz, so it’s still a faster and more responsive choice than Sony’s larger TVs.

Thoughts on the Sony Inzone M9

The Sony Inzone M9 is a fantastic choice for multi-platform gamers who want a capable and unique 4K 144Hz monitor. It’s the perfect choice for those who own a high-end PC and a PS5 since the monitor’s features can take advantage of both. Its also leading the pack when it comes to HDR 600-level performance thanks to its 96-zone local dimming backlight.

However, it isn’t perfect like all of the 4K 144Hz gaming monitors on the market. We think that it looks good, but its attempt at creating a unique design hampered its ergonomics which are essential for daily use. It’s an excellent buy provided that paying $800 to $1000 won’t be problematic for your budget.

Note: The Sony Inzone M9 is now available for pre-order, but actual release dates have not yet been specified.

Search
You are here: Home / Reviews / Sony Inzone M9 Review – Sony’s First Gaming Monitor with a 4K 144Hz IPS Panel – Highly Recommended
This website uses cookies to improve your experience. We'll assume you're ok with this, but you can opt-out if you wish.Accept Read More
Privacy & Cookies Policy