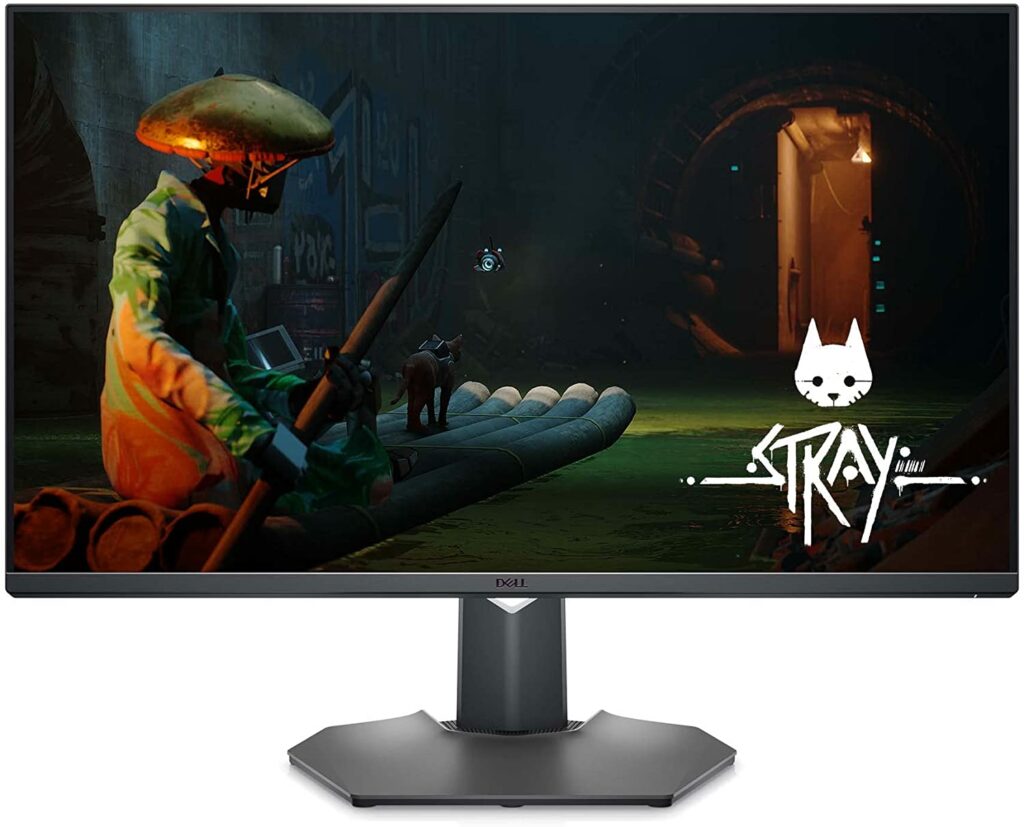 The Dell G3223Q is a competitive 4K 144Hz gaming monitor that’s designed for high-end PCs and the latest 4K 120Hz-capable gaming consoles. Its specifications are identical to the Gigabyte M32U which is the current value king in this segment. Let’s see if the Dell G3223Q has what it takes to snatch that crown and retake Gigabyte’s streak in the value-oriented gaming segment. 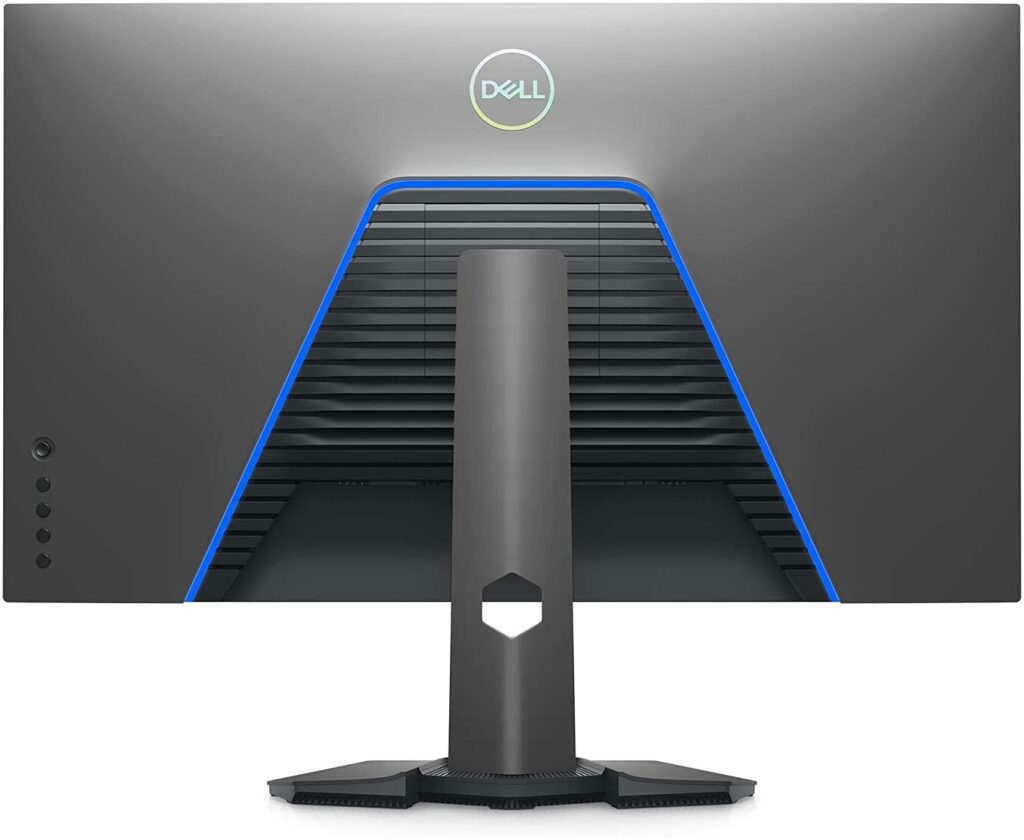 The Dell G3223Q uses the brand’s familiar aesthetic for its gaming monitors so it has the large pronounced air vents at the back and the hexagonal base. The monitor has a nice matte black finish so it will always look new and free from smudges. The display isn’t completely bezel-free, but the borders are thin enough to become unnoticeable while gaming.

32-inch monitors can surprise you with their size, so it is best to consider your desktop space and setup before buying them. It doesn’t eat up a lot of depth from your desk, but its width can obstruct big peripherals like speakers. It’s not the heaviest monitor out there, but it would be wise to ask for help in setting it up since it’s easy to get outbalanced due to its size.

Its build quality is great thanks to excellent manufacturing quality control and spot-on material selection. There are no obvious flaws and it feels durable enough to withstand physical damage even if it’s made mostly out of plastic. The stand supports the large display quite well so it doesn’t wobble and it won’t sag while you are enjoying your favorite games.

The Dell G3223Q has an easy-to-use joystick at the back near the right-hand edge along with useful buttons for selecting its presets and settings. It would be more convenient if it was placed under the bottom bezel, but at least you don’t have to deal with the flimsy keypads found on other models. It doesn’t have a remote like the similarly-priced BenQ EX3210U, but that’s okay unless you only plan to use this monitor for couch gaming. 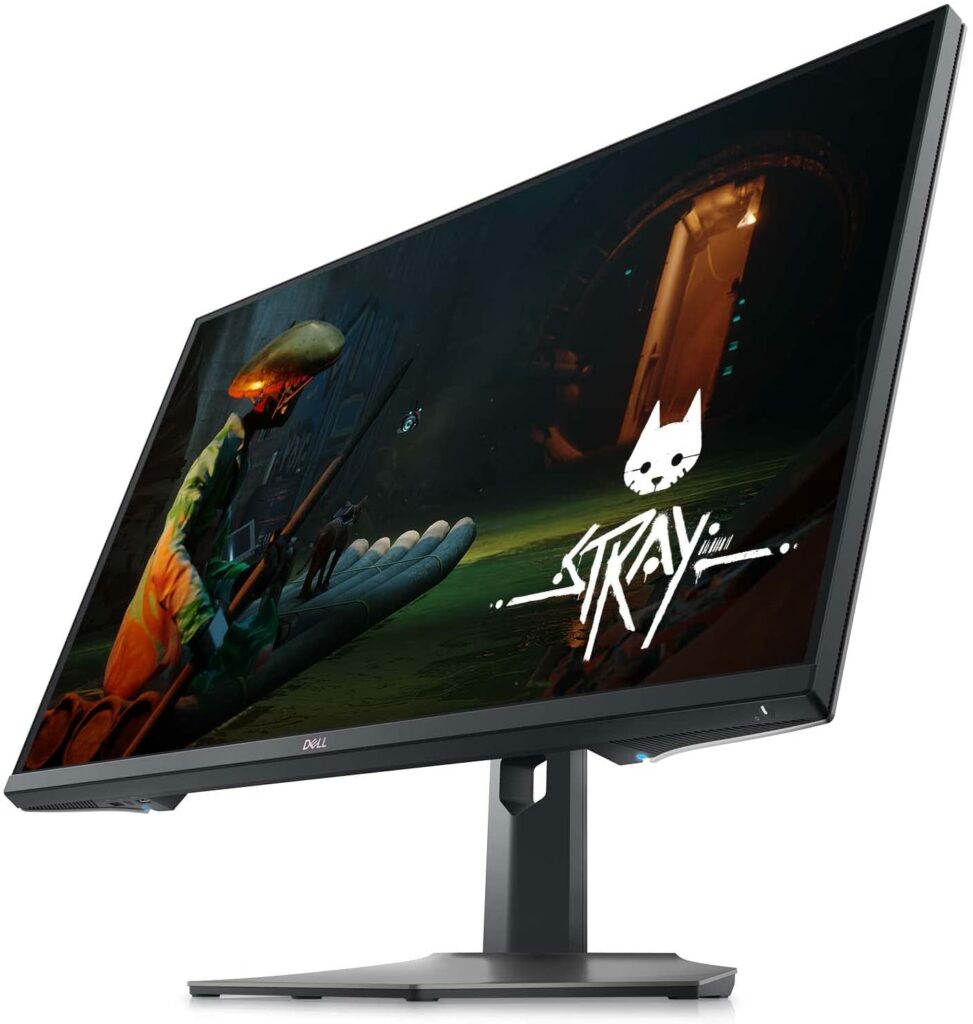 The stand included with the device offers tilt, swivel, and height adjustments for your convenience. It’s easy to get a comfortable viewing angle, plus it is guaranteed that the hinges will hold the display’s angle until you want to change it again. You can use VESA mounts, but buying them isn’t entirely necessary unless you have a complex desktop setup.

The Dell G3223Q’s connectivity layout includes DisplayPort 1.4 with DSC and two HDMI 2.1 ports for 4K 120Hz operation. You also get three USB 3.0 ports with it, but the type-B slot must be connected to your PC for them to work. It doesn’t have valuable extras like USB-C slots, but the included ports can handle your PC, Xbox Series X, and PS5 plus two peripherals and speakers via the 3.5mm jack comfortably.

The G3223Q doesn’t have speakers like most of Dell’s latest offerings in both the entertainment and professional markets. They offer their mini soundbars instead for an additional $50 or so, but they are designed for the business models. This isn’t a big issue for gamers since headsets will be better for the monitor’s primary purpose, but it would be better if they were included due to the high price.

The Dell G3223Q boasts a 32-inch IPS panel with a 3840 x 2160 resolution, a 144Hz refresh rate, and a 1ms boosted response time. The backlight has a 400 cd/m2 typical output and a 600 cd/m2 peak while the contrast is listed at 1000:1 like most IPS panels. This model is HDR 600-certified but it has a very limited edge-lit local dimming backlight that severely limits its HDR qualities.

4K is easier on the eyes on big screens since the pixels aren’t packed too tight like they are on smaller versions. This translates to better visibility and legibility at nearfield range so reading walls of text or browsing will not strain your eyes. Don’t worry about losing the sharpness and level of detail in games since the massive pixel count will still be there.

The Dell G3223Q renders 100% sRGB and around 90% DCI-P3 for rich colors in games and movies. This is not the widest gamut coverage we’ve seen on these models, but the difference is marginal and unnoticeable to the naked eye. What’s great about it is its excellent default accuracy which has a low deltaE average of 0.67 thanks to its factory calibration.

Calibrating it reduced the deltaE average to 0.32, putting it next to high-priced prosumer monitors meant for editing. However, colorimeters aren’t particularly accessible or cheap, so we advise against getting one just to get minor improvements like this. We recommend using the monitor’s Creator mode with gamut presets instead since they are accurate and most importantly, already included in the monitor.

Its backlight reached a healthy 431 cd/m2 in SDR but it peaked at 645 cd/m2 when its HDR 600 mode is active. Its contrast reached 1244:1 at 50% brightness, but it’s not enough to produce deep black luminance like other HDR monitors. The limited edge-lit dimming backlight is the culprit here since it cannot produce the expanded contrast necessary for appreciable HDR performance.

Panel uniformity for the Dell G3223Q was great overall since there were no considerable backlight leaks on its edges. However, the monitor’s HDR mode changes when the bright spots in the image hit the edges of the screen. The edge-lit local dimming lighting sometimes creates clouding in dark scenes, so some users will avoid using the HDR 600 mode altogether due to this.

The Dell G3223Q has an excellent pixel response time at its maximum refresh rate. It offers smooth motion and transitions, but you need to use its overdrive’s Fast setting to clean up the minor trails and persistence. You don’t need to change this if you are running 120Hz for gaming consoles s we advise against pushing the overdrive further to avoid overshoot.

The Dell G3223Q is compatible with both FreeSync and G-Sync so you don’t have to worry about tearing when the FPS drops. It also works over HDMI so consoles can use it along with other features like ALLM. Input lag sits at 5ms at 144Hz so the screen doesn’t feel sluggish even if you play fast-paced games like CSGO.

Thoughts on the Dell G3223Q

The Dell G3223Q is an excellent choice if you want good panel qualities and superb gaming performance for PC and next-gen consoles. The IPS screen’s color is tuned perfectly, so gamers won’t have to deal with trial and error to get the best picture setting possible. It is fast and very responsive as well, and it has all the right features for a modern gaming display.

However, the Dell G3223Q is expensive at full price if you compare it to the M32U which is commonly cheaper by around $200 to $300 due to discounts. It’s a better monitor if you consider how color-accurate it is, but that isn’t essential for strictly gaming use. Its HDR implementation could also use some improvements, but we know that will raise the price considerably and send this model to a higher tier in the market.

Search
NEW
POPULAR
You are here: Home / Reviews / Dell G3223Q Review – 32-Inch 4K 144Hz Monitor with HDMI 2.1 – Highly Recommended
This website uses cookies to improve your experience. We'll assume you're ok with this, but you can opt-out if you wish.Accept Read More
Privacy & Cookies Policy