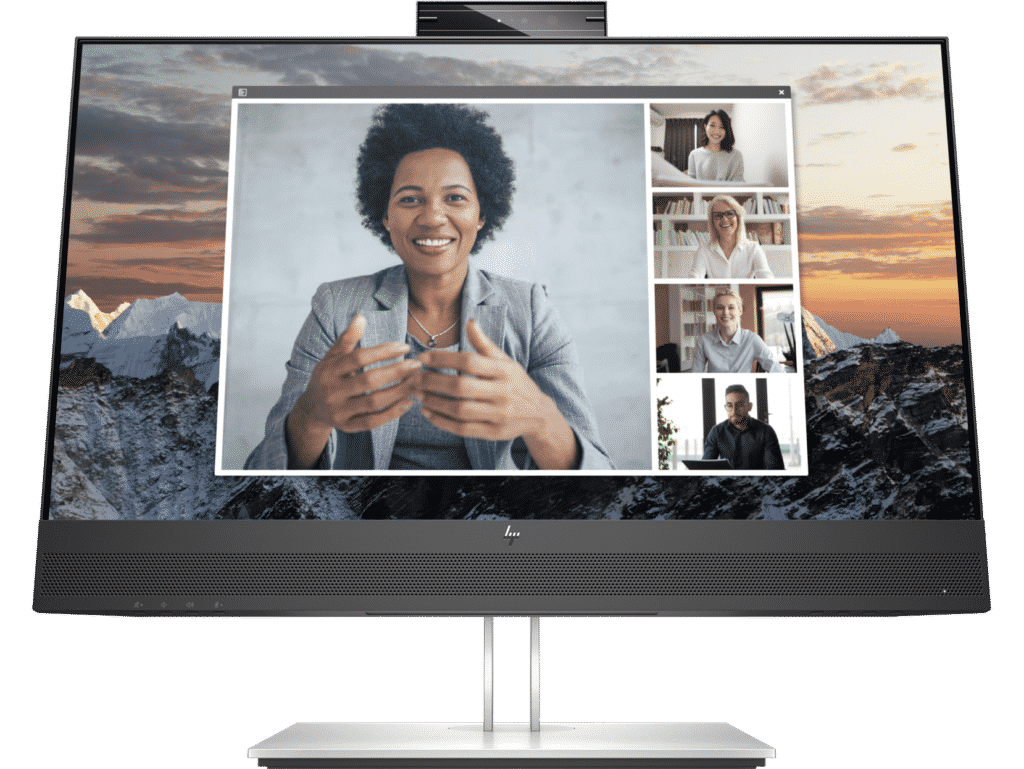 The HP E24m G4 provides a simplified all-in-one solution that can replace the necessary peripherals in a work-from-home or remote setup. It is built for conferencing with its webcam and audio equipment, plus it’s capable of letting modern workhorses like MacBooks dock via a single cable solution. Let’s see if its performance and its unique features can justify the high price tag. 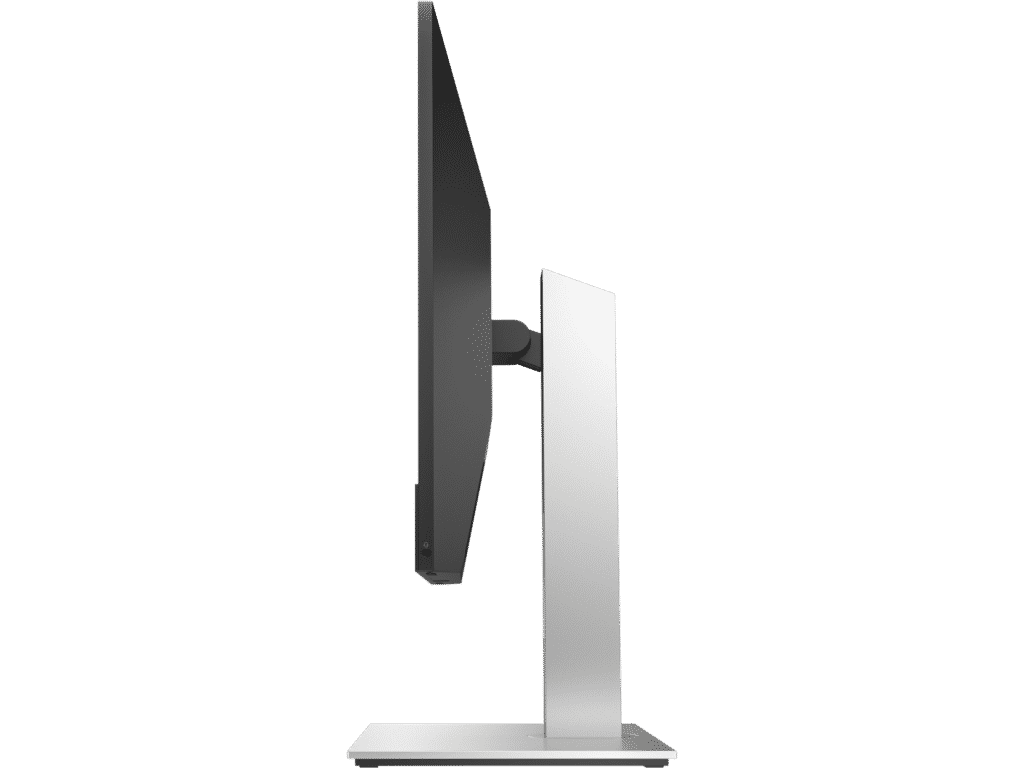 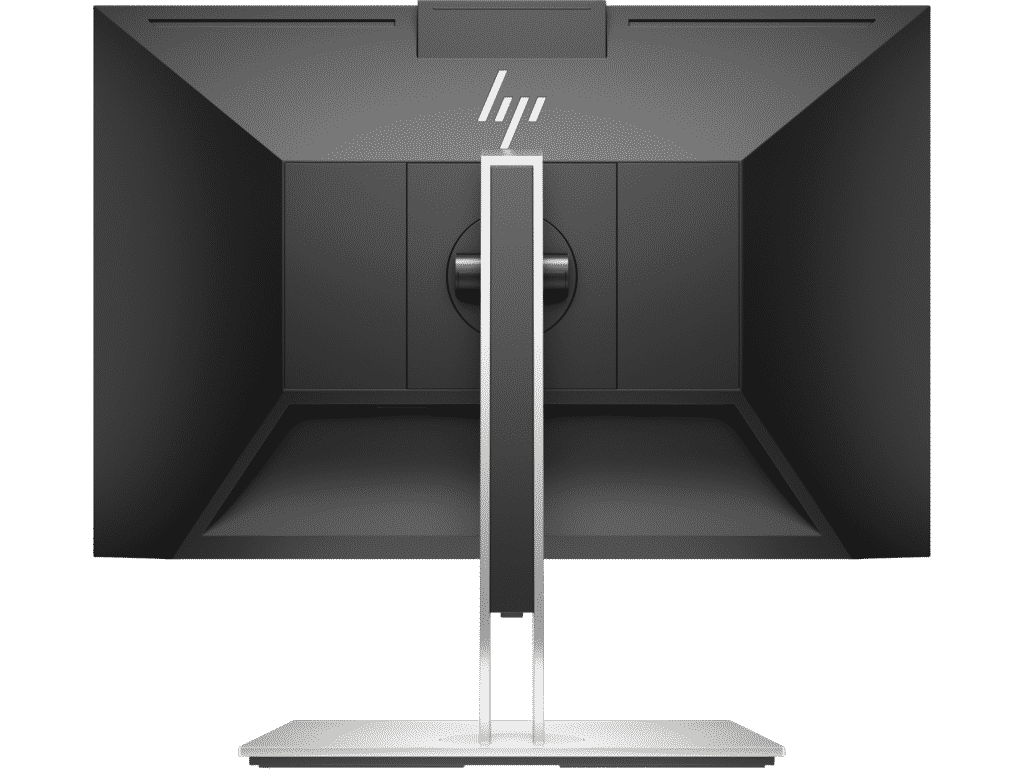 The HP E24m G4 carries a minimalist aesthetic that would suit the latest high-end laptops and workstations. It has a matte black chassis that’s mated to a silver stand which sets it apart from the plethora of plain-looking business monitors. The display is bezel-free on three sides, although it still has thin inner borders on the top and side edges of the screen.

The bigger HP E27m G4 is obviously more attractive due to the higher resolution, but this model’s size makes it more ideal for workstations and cubicles. It shares the same depth as the 1440p version, but it is narrower so it would fit nicely on a smaller desk. It is not that heavy at 16.29 pounds so it will be fairly easy to move around if you rearrange often.

Its build quality is also great thanks to its simple and functional design along with its premium materials. the plastic panels are thick and sturdy enough to withstand cracking and flexing unless you somehow accidentally drop it. The included stand is firm and stable so the screen won’t wobble and it will hold the angle you’ve set until you change it manually.

What we dislike about the E24m and its bigger sibling is its use of buttons for the OSD instead of a tactile joystick. It has two layouts on each side of the bottom bezel, but the one on the left was meant to toggle the speakers and mic or adjust the volume. However, what’s good about it is at least you have independent control of the audio equipment since they will see more use for remote work or conferencing.

The stand included with the package offers tilt, swivel, pivot, and height adjustments for your convenience. Ergonomics are essential for productivity monitors like this since you have to use them for long hours. You can still use VESA mounts, but they only become necessary if desk space is limited or if you have other monitors in use.

the HP E24m G4’s connectivity and accessory layout is its main highlight since it fulfills the monitor’s suitability for work from home or remote use. It includes DisplayPort 1.2 input and output slots, an HDMI 1.4 port, and a USB-C connector with DP Alt Mode and 65 Watts of charging power. It also has four USB 3.1 ports for peripherals, an RJ45 LAN port, and a 3.5mm jack for headphones. 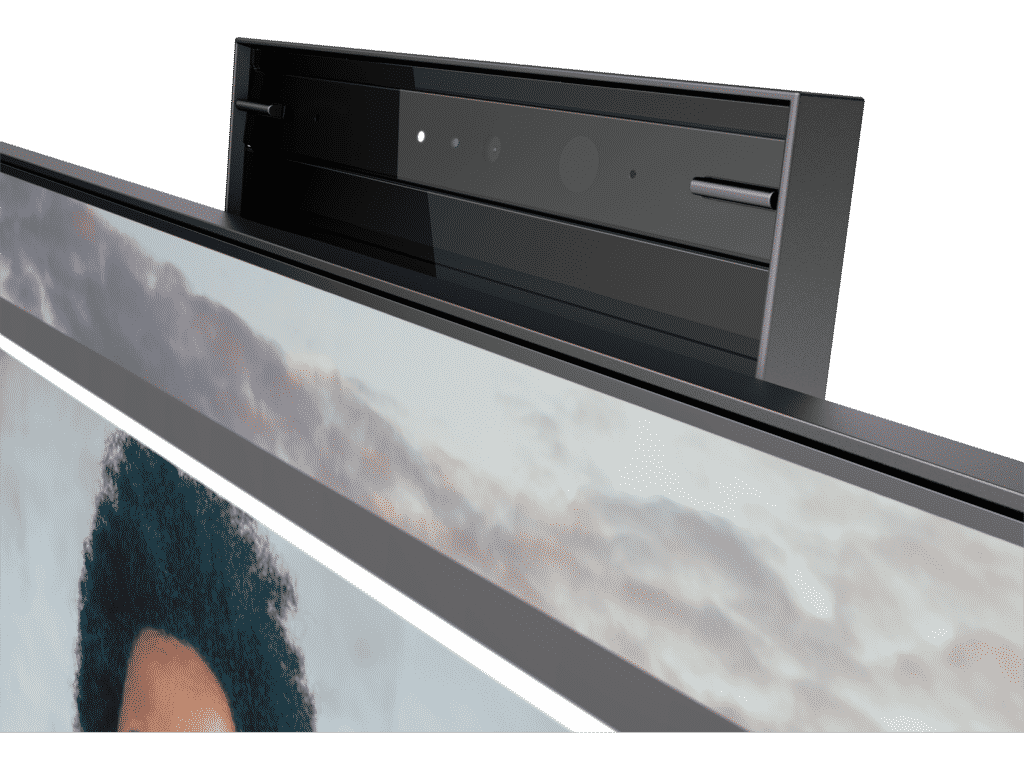 The monitor also has a 5-megapixel pop-up camera and two echo-canceling microphones for video conferencing. The camera’s quality is decent for video calls, but it is not ground-breaking since it’s mostly comparable to the front cams you would find on mobile phones. You will also need to work in a quieter environment with this monitor since the mics cannot isolate your speech, unlike a dedicated device.

The HP E24m G4 also has a pair of 5-watt speakers that complete its design for video conferencing. They are definitely louder than the usual built-ins with better overall quality, but you can’t expect booming sound from them. They are usable for media consumption, but headsets will still be better for gaming.

The HP E24m G4 sports a 24-inch IPS panel with a 1920 x 1080 resolution, a 60Hz refresh rate, and a 5ms response time. The backlight has a 300 cd/m2 maximum while the contrast ratio is listed at 1000:1 like most IPS panels. This model was designed for business use so it doesn’t have entertainment or gaming-grade specs like Adaptive-Sync and HDR.

1080p monitors are great for business use since almost everyone has at one point used them. They are common in workplaces and schools, so most won’t need to adjust to the screen’s appearance and level of visibility. It is not as sharp or spacious as its 1440p sibling, but it’s going to be easier on your eyes for reading and processing documents.

The HP E24m G4 renders more than 100% sRGB and around 82% DCI-P3 so colors are rich and fully saturated. The default setting has a deltaE average of 1.98, so it is already accurate and balanced out of the box. Most users will be happy with it and only a few basic tweaks like adjusting the brightness will be necessary.

Calibrating it reduced the dE average to 1.17, making it suitable for content creation and editing use. However, it’s a minor improvement that regular and office use will not benefit from so it is not completely necessary. There’s also the cost of the colorimeter which isn’t worth it considering the level of improvement you can get.

The screen’s backlight reached 251 cd/m2 which falls short of the specification sheet’s claims. It is bright enough for lit rooms, but the screen can look dull if you let a lot of sunlight in during daytime use. its contrast reached 1034:1 at 60% brightness, but it’s still incapable of deep blacks like VA panels or IPS monitors with FALD backlights.

Panel uniformity for the HP E24m G4 sample didn’t have any major issues such as backlight bleeding and clouding. There is a bit of variance in brightness from the top to the bottom edge of the screen, but it is noticeable when the screen is tested with a colorimeter. Note that this can change with every unit made due to tolerances, so there are better and worse ones out there.

It’s also not the fastest when it comes to pixel response time, but that’s acceptable since it’s a 60Hz business model. The screen shows blurring in fast and contrasting transitions, but it will be less of an issue if you only play casual titles. Its not ideal for E-sports titles, but it would be unfair to expect top-shelf performance in this regard from a monitor that’s meant for other types of use.

As mentioned, the HP E24m G4 doesn’t support Adaptive Sync since it was not meant for gaming. Most systems, including those that rely on APUs can still comfortably run games in 1080p at 60 FPS, so tearing and stuttering shouldn’t be an issue. Input lag sits at 9ms at 60Hz, so there is no need to worry about delays while gaming.

The HP E24m G4 is an excellent choice if you have a work-from-home arrangement with your job. It’s equipped with every accessory you will need, plus it’s capable of great image quality out of the box. It is well-designed and robust, plus it looks quite good compared to a regular office monitor.

Our biggest issue with the HP E24m G4 is its price which is hard to justify if you go with a regular monitor and an affordable webcam and headset setup. There’s also the fact that it has too many buttons, so it may take some time to master its functions. It’s a great monitor for remote work, but you have to shell out a nice sum of cash to enjoy it.