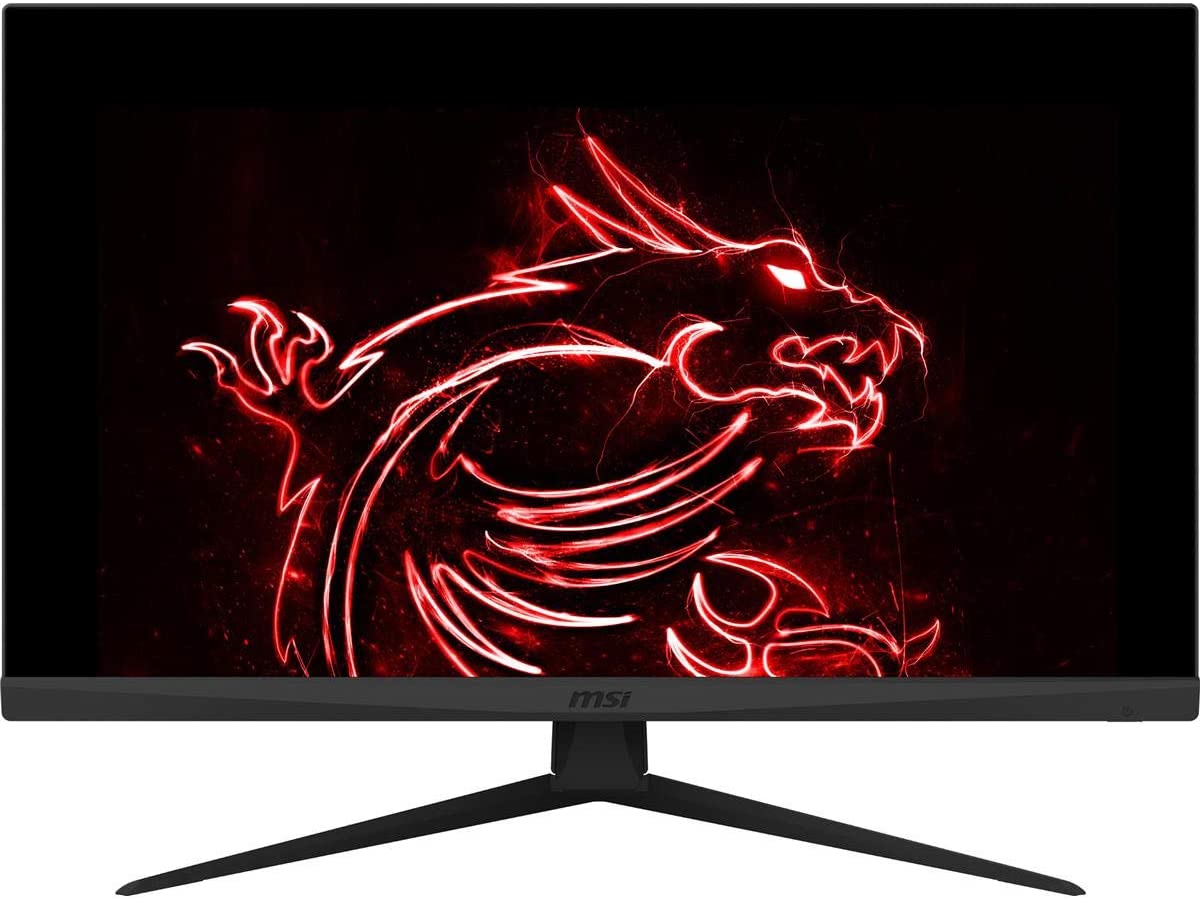 The MSI Q273QF joins the fray in the highly competitive 1440p Fast IPS segment for gamers that want crisp and smooth visuals. It’s facing tough competition like the Gigabyte G27Q, but MSI’s products have improved dramatically in just a short span. Let’s check out if the MSI G273QF has the potential to be a top seller for 2021 gaming. 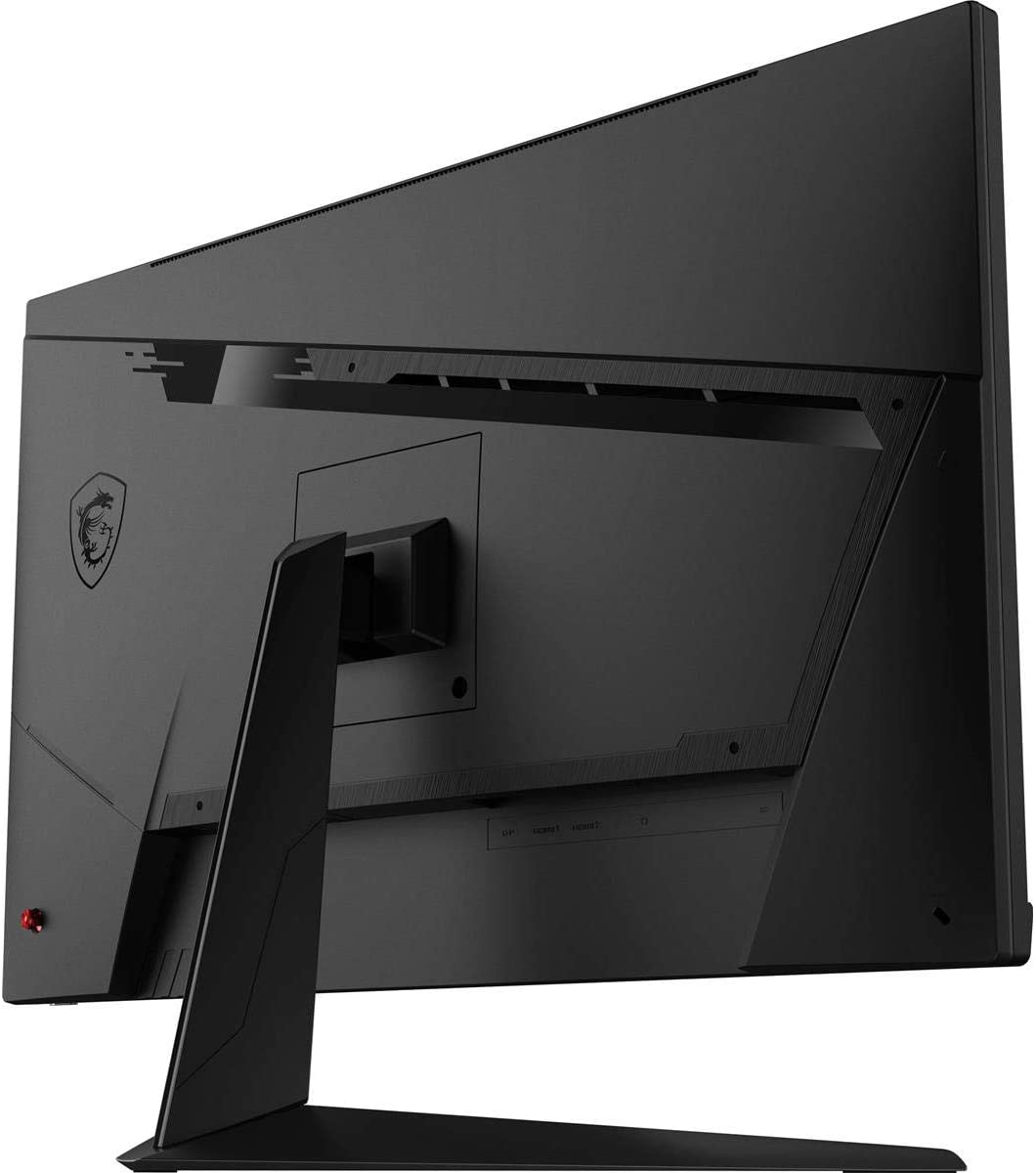 The MSI G273QF doesn’t have the aesthetic extras of the MAG series monitors, but it still manages to look good. The monitor has a matte black chassis with no decorative extras except for the brushed texture strip at the back panel. The monitor looks sleek with its bezel-free design, but panel borders are still present when it’s in use.

The MSI G273QF isn’t a massive monitor by today’s standards, but it is still bigger than your regular office display. It only weighs 9.7 pounds so it’s portable, but you still need to clear some desk space to accommodate it. The device needs nine inches of depth, but the space between the legs of the base can be used for smaller peripherals like stream decks. 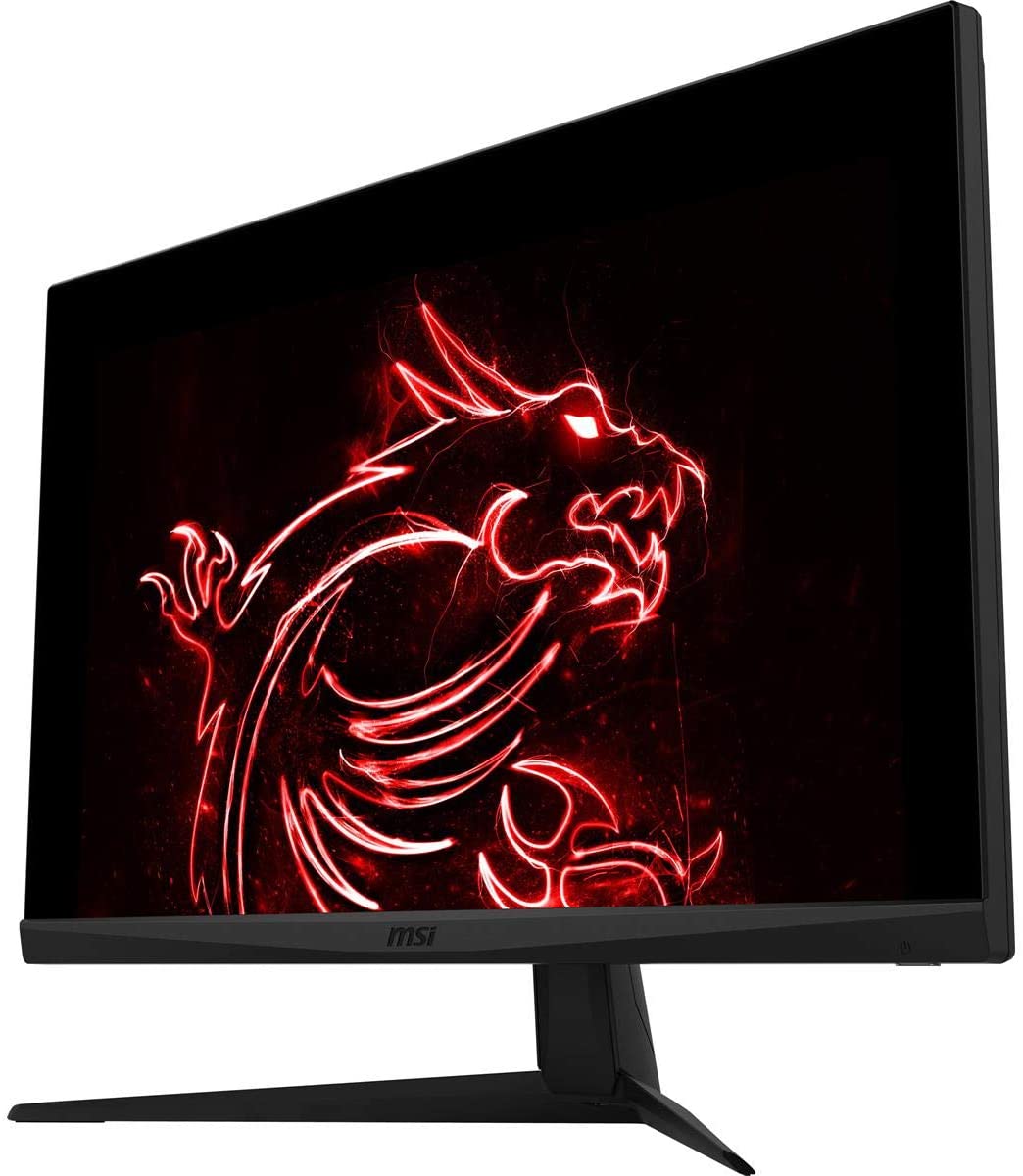 Build quality for the MSI G273QF is reasonably good, considering that it’s a budget model. The plastics are strong enough to prevent cracking and unwanted flexing, and there are no cosmetic defects. The stand doesn’t wobble a lot, but the screen can sometimes shake if you are using its OSD joystick.

The accent at the back doesn’t hide any RGB lighting like many MSI gaming monitors. However, RGB isn’t always important, especially when weighed against imaging and gaming performance. It doesn’t add any considerable value, but we missed having it on the MSI G273QF since many MAG series models offer it.

The MSI G273QF does have an OSD joystick as mentioned instead of pesky buttons which are confusing and annoying to use. Most budget-friendly models do not offer this, but MSI has consistently implemented it with recent releases. It will allow you to navigate the settings quicker so you can get back to gaming in the shortest possible time.

The stand included with the MSI G273QF unfortunately only includes tilt adjustments which are limiting at times. We prefer monitors with vertical adjustment since not all gamers have the same anthropometrics and level of comfort. You can swap this part out with a VESA mount, but that adds cost which is counterproductive if you are trying to spend less.

The MSI G273QF also doesn’t have a lot of connectivity options, but it has DisplayPort 1.2, dual HDMI 2.0, and a 3.5mm jack. You don’t have ports for accessories, but the monitor can accommodate your PC and up to two consoles. The HDMI 2.0 slots make it compatible with the PS5 and Xbox Series X, so it can function as an all-in-one gaming display.

The MSI G273QF doesn’t have speakers which would have increased its value per dollar spent further. However, the monitor’s intended audience will prefer headsets anyway since they have better detail and immersive capabilities. Built-ins are useful for purposes other than gaming, but it’s forgivable if omitting them helps lower the market price.

The MSI G273QF sports a 27-inch IPS panel with a 2560 x 1440 resolution, a 165Hz refresh rate, and a 1ms response time. The maximum brightness is specified at 300 cd/m2, while the contrast ratio is at 1000:1. This model doesn’t advertise special features like HDR since it focuses on great color, speed, and low pricing.

27-inch monitors are perfect for the 1440p resolution since it offers the best balance between sharpness and visibility. You get an upgrade in clarity and crispness, but legibility for small objects like text won’t suffer. The extra space will also come in handy but do take note that the GPU requirement for games will also go up.

The MSI G273QF covers 100% of the sRGB gamut and around 87% for DCI-P3 which is already superb for gaming. The default accuracy could be better since the deltaE average exceeded acceptable limits at 3.56. Some color deviances are noticeable if you compare it to a better monitor, but most users won’t discern the difference while gaming.

Calibrating the MSI G273QF provided excellent results which reduced the dE average to 0.75. Using a colorimeter can make the MSI G273QF suitable for editing, but the gadget itself is expensive. Most users will be happy with a few minor tweaks, so it’s not worth the extra cost if you are only going to use it for gaming.

The MSI G273QF’s backlight reached 320 cd/m2 at 100% which is plenty for daily use, even in well-lit rooms. The contrast ratio hits 1225:1 at 60% brightness, and that’s an excellent score for an IPS monitor. It can’t produce deep blacks like VA and OLEDs, but the black luminance is noticeably better compared to other models.

Panel uniformity for the MSI G273QF sample could also use some improvements since there were visible inconsistencies on the screen. Some quadrants near the upper bezel showed clouding due to some light leaks, affecting dark scenes. Take note that this is quite common for IPS panels, but there are better units with fewer symptoms out there.

The MSI G273QF’s main strength is its excellent pixel response time which doesn’t allow any noticeable blurring or ghosting. You only have to run it at 165Hz and set its overdrive to its Fast level, and you are good to go. The Fastest level adds overshoot so it’s unusable, while the normal setting is only suitable for 60Hz operation.

The MSI G273QF is compatible with both FreeSync and G-Sync so VRR will work with either GPU brand. It’s always nice to have the freedom to choose your gear without worrying about compatibility. Input lag sits at 4ms at 165Hz, so there is no need to worry about delays while gaming.

Thoughts on the MSI G273QF

The MSI G273QF offers great value and gaming performance that are difficult to find under the $350 mark. The monitor offers a capable panel with excellent potential in color quality and strong pixel response times. It doesn’t have the common creature comforts, but it will do its primary job exceedingly well.

As mentioned, the biggest caveat of the MSI G273QF is its lack of necessary features such as a fully-adjustable stand. Its default image quality could use some improvements as well, so plug-and-play gamers can enjoy a better overall output from the panel. It’s a decent buy if you are looking for a dedicated gaming screen, but you have to live with its obvious limitations as a budget monitor.

Search
You are here: Home / Reviews / MSI G273QF Review – Affordable 165Hz 1440p Rapid IPS Gaming Monitor
This website uses cookies to improve your experience. We'll assume you're ok with this, but you can opt-out if you wish.Accept Read More
Privacy & Cookies Policy