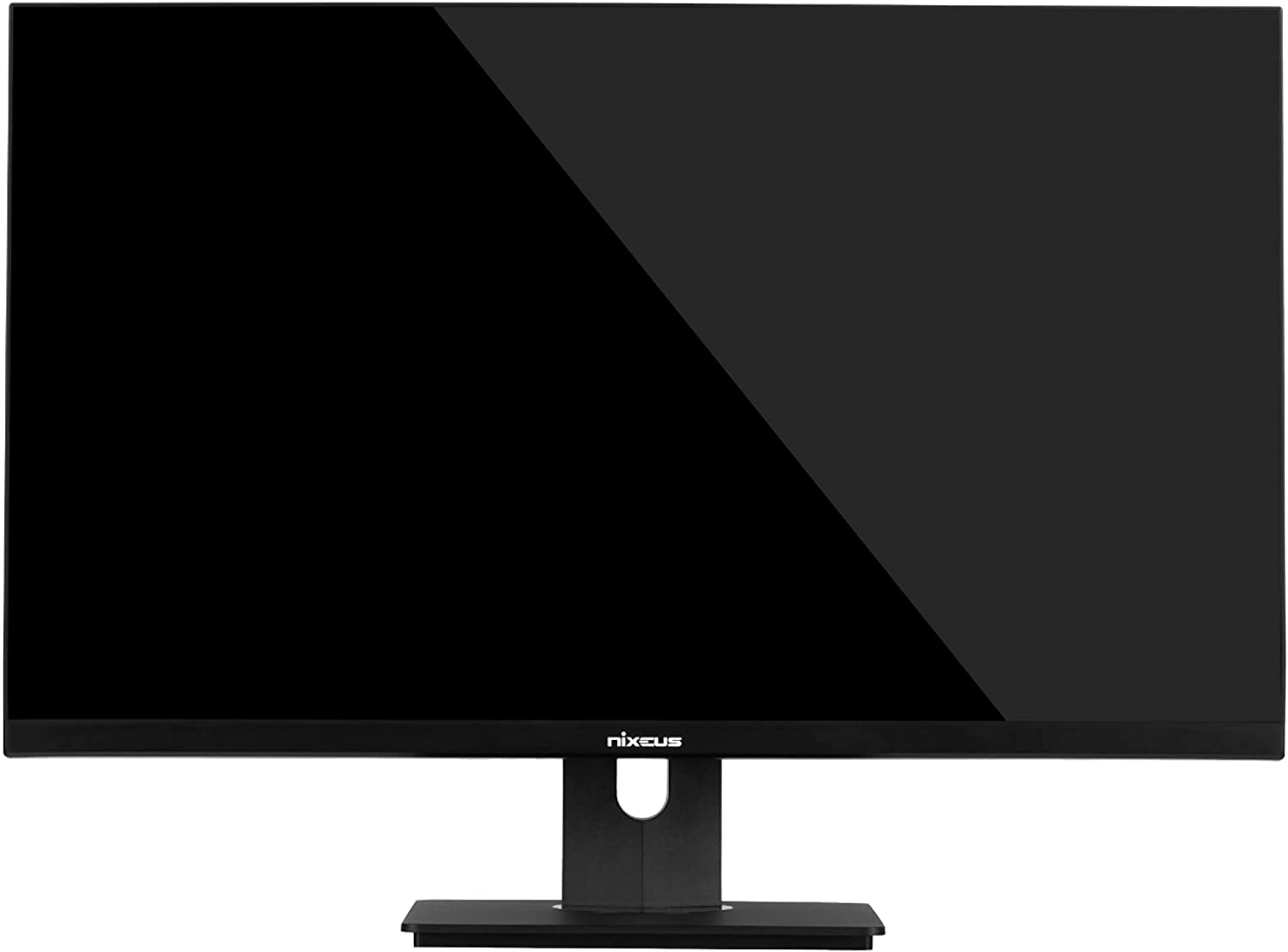 The Nixeus NX-EDG27X offers a speedy 1440p IPS panel with essential specifications at an inexpensive price point.  The savings you enjoy means there aren’t a lot of extras since it emphasizes speed and color quality more than anything. Let’s see how the Nixeus NX-EDG27X performs to measure how it stacks against its already established competition. 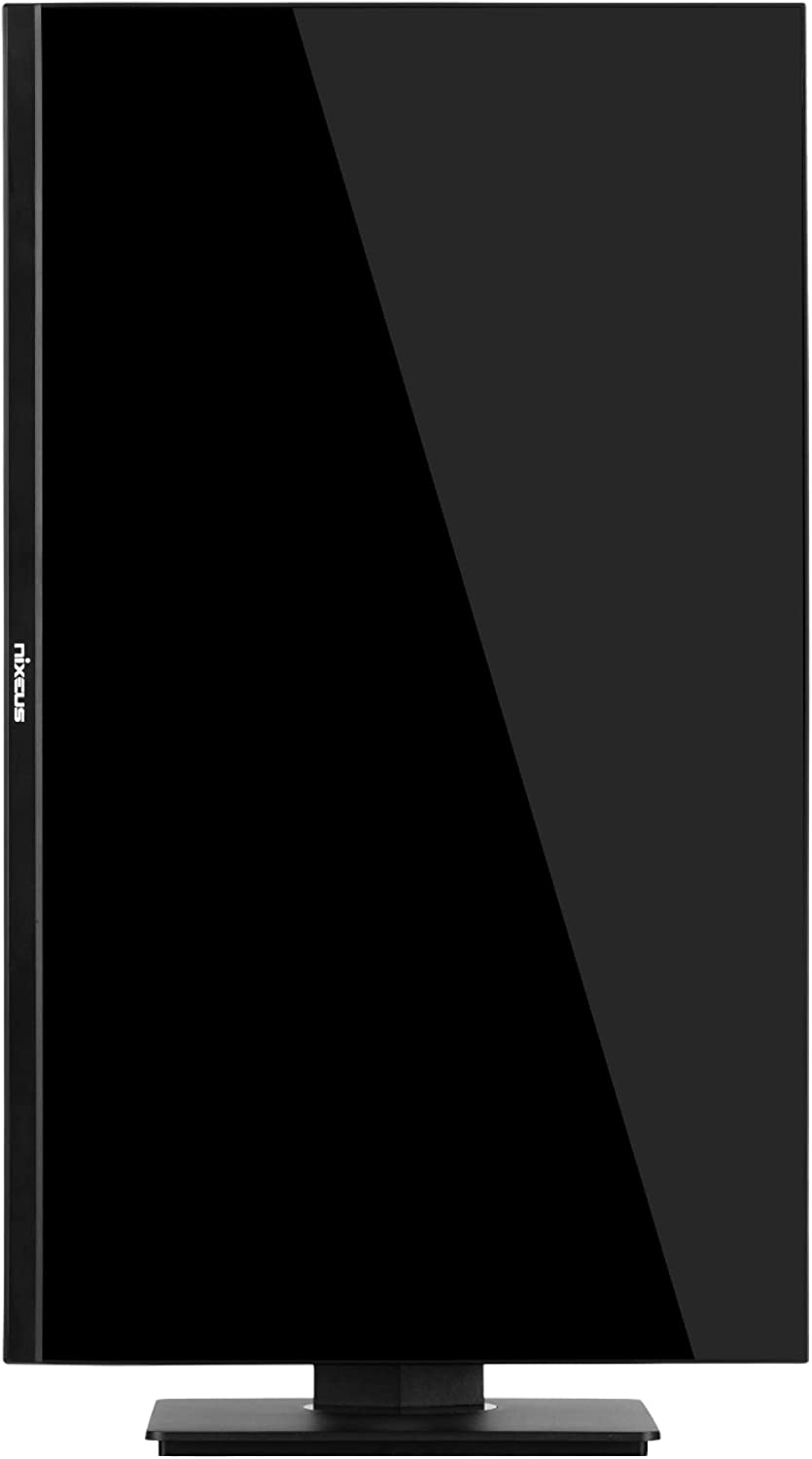 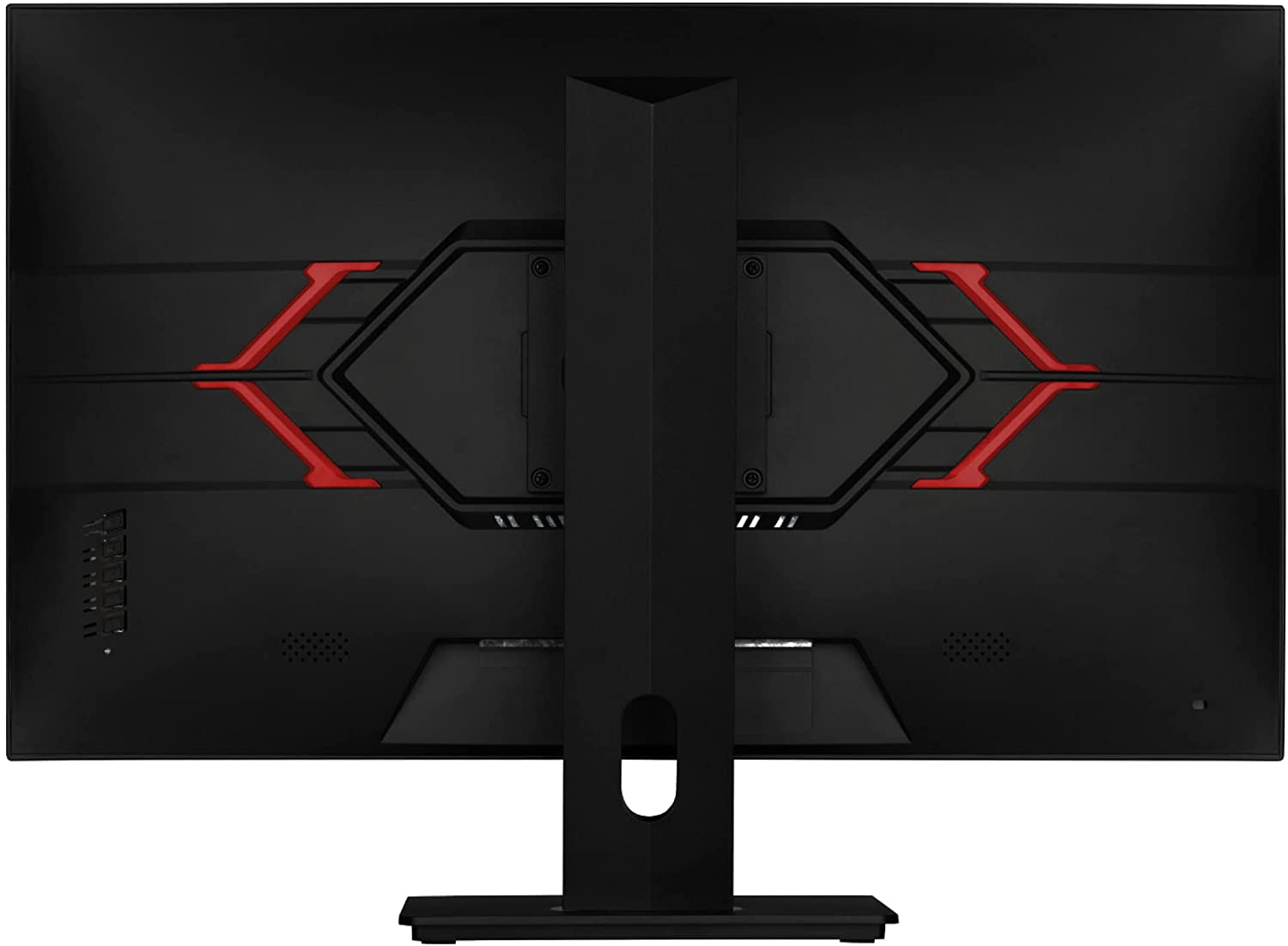 The Nixeus NX-EDG27X looks like your typical home or office monitor with its simple aesthetics with minimal decorative accents. The device has a matte black finish which is easy to maintain, plus it won’t clash with either gaming or business setups. The display is bezel-free on three sides so the device looks modern and it seems as if it’s bigger than its actual diagonal size.

It doesn’t have oversized dimensions, but it stands just as good as its competitors with meatier parts like wider bases and thicker pillars. It only needs a little over nine inches of depth when fully assembled so most users won’t have to struggle with placement on limited desk spaces. It is not too heavy since it’s mostly made of plastic so it is quite portable despite its larger size.

The plastics used are reasonably durable so they won’t crack or flex with modest force. Nixeus has also refined its manufacturing process so there are no immediately noticeable cosmetic defects like uneven gaps or seams. The stand is firm so the screen won’t sag, although it has a slight wobble if you nudge the screen accidentally.

One downside of going with a budget model like the Nixeus NX-EDG27X is the lack of creature comforts such as OSD joysticks. This model still used a button layout that’s cut out of the back panel instead of the usual rubber or plastic keys that protrude from it. It is prone to confusion and unsatisfying to press, but that’s a minor issue if you are saving money with the purchase.

The stand included with the package offers a complete range of ergonomics for your convenience. It is easy to get a comfortable angle since you can tilt, swivel, pivot, and adjust the height of the display according to your needs. You can also use VESA mounts, but it’s necessary if desk space is limited or if you have multiple screens on deck.

Its connectivity layout only includes DisplayPort 1.2a and two HDMI 2.0 slots, but frankly, that’s all you will ever need. The 165Hz maximum refresh rate is only available via the DP slot while the two HDMI 2.0 ports will run 144Hz with no issues. You also get a 3.5mm jack for headphones, but it would be nice if it had USB slots without raising the price tag.

The monitor even has built-in speakers which can become handy in some instances that involve basic audio listening. They are quiet and lack any resemblance of bass, so they aren’t suitable for games and movies. However, it’s always nice to have features like this as a backup for the times when it is too hot for headphones or if you only want to listen in on a conference call.

The Nixeus NX-EDG27X sports a 27-inch Fast IPS panel with a 2560 x 1440 resolution, a 165Hz refresh rate, and a 1ms boosted response time. The backlight has a 400 cd/m2 maximum while the contrast ratio is listed at 1000:1 like most IPS panels. It doesn’t list HDR certification, but that’s okay since most implementations on budget models are disappointing when it comes to actual performance.

27-inch 1440p monitors are still very popular since they are considered the sweet spot for sharpness and visibility. Games look cleaner and more detailed even with lower settings versus 1080p variants, but text or other small objects do not become microscopic as they do on 4K screens. GPU requirements will also rise, but it won’t be as demanding as a 4K variant.

The NX-EDG27X renders more than 100% sRGB and around 96% DCI-P3 for rich colors and saturation in games and movies. its default accuracy is far from perfect with a deltaE average of 3.09, but that’s expected from budget monitors with extended gamuts. Most users will be happy with it after a few minor tweaks since the color errors won’t be as noticeable in games movies.

Calibrating it reduced the dE average to 1.12 which in turn makes it suitable for editing and content creation. However, this process is only necessary for those who are into color-critical work since you will need a colorimeter to get this kind of improvement. The gadget isn’t particularly accessible or cheap, so it’s only worth getting one if you are using the monitor for money-making.

The Nixeus NX-EDG27X’s backlight reached 375 cd/m2 at 100% so it has plenty of illumination to fight off glare. It doesn’t reach its specified 400 cd/m2 peak, but that’s understandable since this isn’t certified for HDR performance. The contrast ratio reached 1055:1 at 50% brightness, but the monitor is still unable to produce deep blacks like VA or OLED variants.

Panel uniformity for the review sample needed some improvement since it showed some backlight leaks and ghosting in adjacent areas. They become disturbing in dark scenes but they are not as noticeable in full-colored images. IPS is prone to this issue and there are some manufacturing tolerances to consider, so it is entirely possible to get a unit with better performance in this regard.

You only need minor overdrive with the Nixeus NX-EDG27X’s panel which is very responsive. Anything higher than 15% overdrive is unnecessary, provided that your games are running close to the 165Hz limit. We recommend increasing it incrementally if your average FPS sits lower, so testing for every fast-paced title you play to find your preference will be necessary.

The Nixeus NX-EDG27X is compatible with both FreeSync and G-Sync so you won’t lose VRR if you have one GPU brand or the other. This is essential now since its not easy to just get a specific GPU from AMD or Nvidia at an agreeable price. Input lag sits at 4ms at 165Hz, so there are no delays or “de-synced” instances while gaming.

Thoughts on the Nixeus NX-EDG27X

The Nixeus NX-EDG27X offers decent performance along with the essential physical features at a reasonable price point. Alternatives like the Gigabyte M27Q are cheaper, but the panel isn’t as vibrant and its included stand isn’t as flexible. It needs some calibration, but gamers will be happy with the fast IPS panel’s richness and responsiveness.

However, it is not the perfect monitor considering that it has more affordable alternatives that have minor disadvantages. It is frustrating to use its OSD since it has those flimsy keys and a slight wobble from its slim stand. It’s a decent choice, but it’s not the most competitive budget monitor right now.