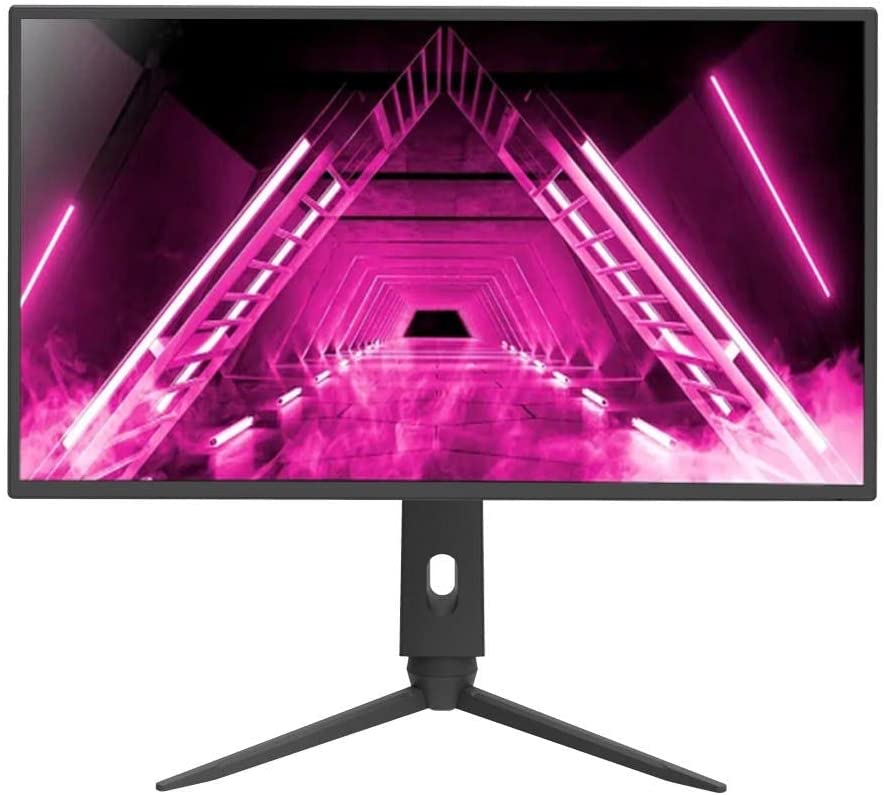 The Monoprice Dark Matter 43548 offers a large QHD IPS gaming display at a staggeringly low price that its competitors won’t be able to match. Most offerings in the same category and price range use VA panels which have key disadvantages in pixel responsiveness and sometimes color accuracy. Let’s see if the Monoprice Dark Matter 43548 presents the best value in the market right now based on its performance. 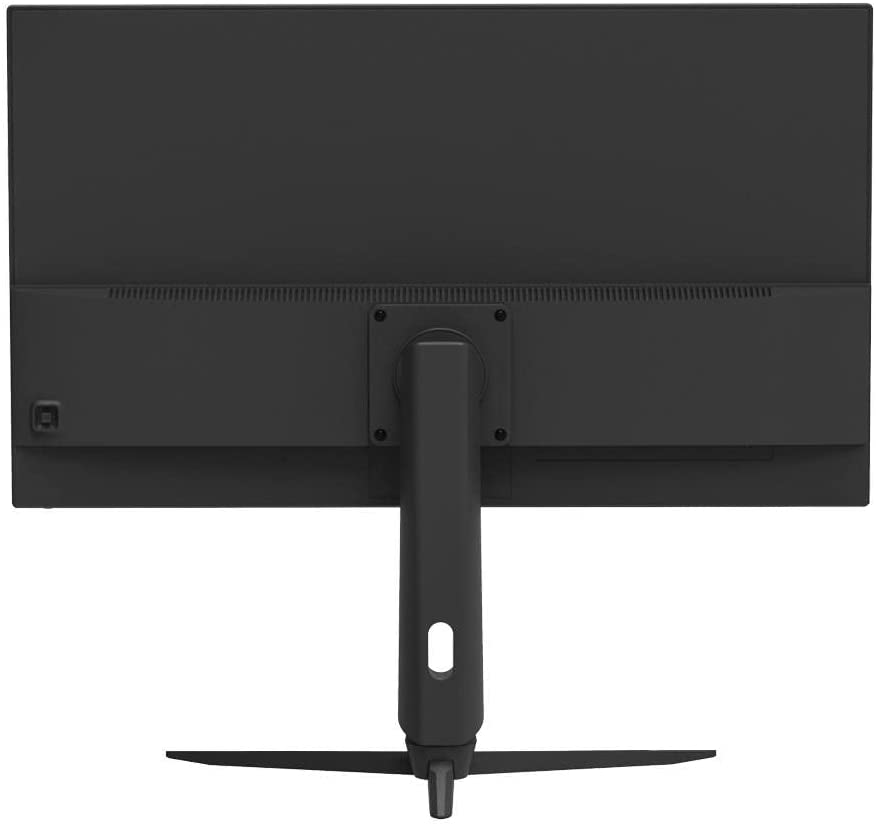 The Monoprice Dark Matter 43548 has a simple aesthetic that sits in between the office and gaming displays. It has a matte black chassis with a more aggressive-looking stand than most budget monitors. The display is bezel-free on three sides so you can enjoy more of the screen even if it still has inner borders.

It’s not the biggest monitor you’ll come across, but 32-inch displays aren’t that much smaller than a 34-inch ultrawide. The screen is wide enough to displace bookshelf speakers if you have any, although this model only needs 7.2 inches of depth from your desk. It is quite heavy compared to other monitors in its class, so asking for help in setting up might be wise to avoid accidents.

The product’s build quality is great compared to its predecessors which had some flimsy parts. The plastics used are thick and sturdy enough to withstand flexing and cracking and each panel is perfectly lined up to avoid gaps or uneven seams. The stand is firm and stable so the screen doesn’t shake or sag while you are using it.

You will also see a joystick for the Monoprice Dark Matter 43548’s OSD, unlike older budget models which were stuck with buttons. It’s at the back near the right-hand corner of the screen so you don’t have to lean in too much to access it. it also doubles as the power button, but it’s impossible to accidentally turn the screen off since the menus are laid out properly.

The stand included with the package offers tilt, swivel, and height adjustments for your convenience. It is easy to get a good angle from the device so you can stay comfortable and strain-free after long hours of gaming. You can also use VESA mounts to save space, but it is only necessary for multimonitor setups or if you have a small desk.

One aspect that took a hit to lower the Monoprice Dark Matter 43548’s price is its connectivity panel. It includes two slots each for DisplayPort 1.2 and HDMI 2.0, along with a 3.5mm analog audio jack for headphones. There are no extras like USB ports, but that’s acceptable since this is a budget model that’s designed for one thing.

You don’t get speakers with this model, but we think that’s fair since most of the money you pay for it goes towards its IPS panel. you will also enjoy it better if you use headsets since they will sound more accurate and immersive than built-ins. It is always nice to have backups, but we always overlook omissions like this if the price is low enough.

The Monoprice Dark Matter 43548 boasts a 32-inch IPS panel with a 2560 x 1440 resolution, a 165Hz refresh rate, and a 1ms boosted response time. The backlight’s maximum brightness and its contrast aren’t specified, so we can only assume that it’s at 350 cd/m2 and 1000:1 respectively. This model isn’t certified for HDR, but it can receive and translate HDR signals like most modern gaming monitors.

1440p spread over a larger screen isn’t the sharpest, but you still get the upgrade in space and level of detail. The pixels are spread out over a larger area, but it’s still a massive improvement versus 1080p screens. Note that you will need a more powerful GPU to run games at high to maximum settings and still get high framerates.

The Monoprice Dark Matter 43548 renders 98% sRGB and 66% DCI-P3, so it is not the best when it comes to vibrancy or richness of color. Its default accuracy has a deltaE average of 4.31, showing us that it did not receive factory calibration. It’s not a big issue for games, but the difference will be noticeable if you’ve used a better-tuned display.

Calibrating the monitor reduced its dE average to 2.98 which is slightly better and more balanced than the default. However, that’s not a score that you would use for professional work since it still has plenty of errors and deviances. Calibration isn’t essential for gaming anyway, so you might want to consider a better alternative if you need a screen for color-critical work.

The monitor’s backlight managed to reach 381 cd/m2 at 100% brightness while the screen’s contrast ratio peaked at 1281:1. It is not the best result, but it’s certainly better than many IPS monitors we’ve seen that do not have special backlights. This also means that the monitor has better black luminance performance, but it still looks washed out in dark scenes compared to VA panels.

Panel uniformity for the Monoprice Dark Matter 43548 sample had some backlight leaks on the top edges. Clouding becomes noticeable in dark scenes, but it’s not as bad when viewing white backgrounds or full-color images. Note that this can vary between every monitor made due to tolerances, so there are better units out there.

Its IPS panel isn’t fast enough to remove blurring completely, so sensitive users might see some in select instances. Setting the overdrive to its middle setting reduced the persistence considerably without adding overshoot. Using this feature makes it ideal for fast-paced games, and only those with strobing will be considerably better in this regard.

The Monoprice Dark Matter 43548 is compatible with FreeSync and G-Sync so you can enjoy tear and stutter-free gaming. This feature is handy nowadays since GPUs are expensive so you might be stuck with one brand or the other. Input lag sits at 4ms 165Hz, so there is no need to worry about delays while gaming.

Thoughts on the Monoprice Dark Matter 43548

The Monoprice Dark Matter 43548 is a suitable choice if you want a large 1440p screen with the benefits of IPS technology. It is fast and responsive enough for competitive play, plus it’s better built than many budget models out there. We like how the brand keeps on improving its offerings, making them increasingly competitive against premium alternatives.

However, the Monoprice Dark Matter 43548’s performance in the color department is quite disappointing since that’s where its advantage should be. IPS panels are more popular because they are thought to be more accurate than VA and TN. It’s a decent gaming display, but it is not for those who are finicky about accuracy averages and how natural-looking an image will be.