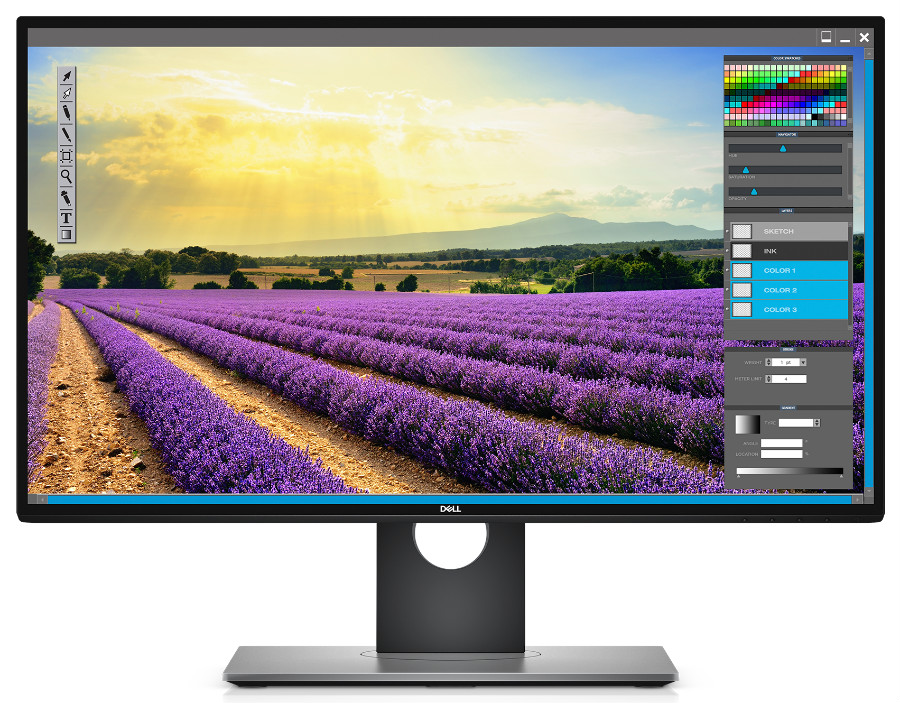 The Dell UP2718Q is designed to offer superb color fidelity with the help of HDR to create stunning visuals in 4K.  At this time, the UP2718Q is the only true HDR monitor available, because it comes with a localized dimming array that is necessary for true HDR (FALD).  The Dell UP2718Q comes dressed in the brand’s signature treatment which symbolizes the reliability of its products, but does it have the numbers we usually expect from a top of the line monitor from a company with Dell’s storied history? 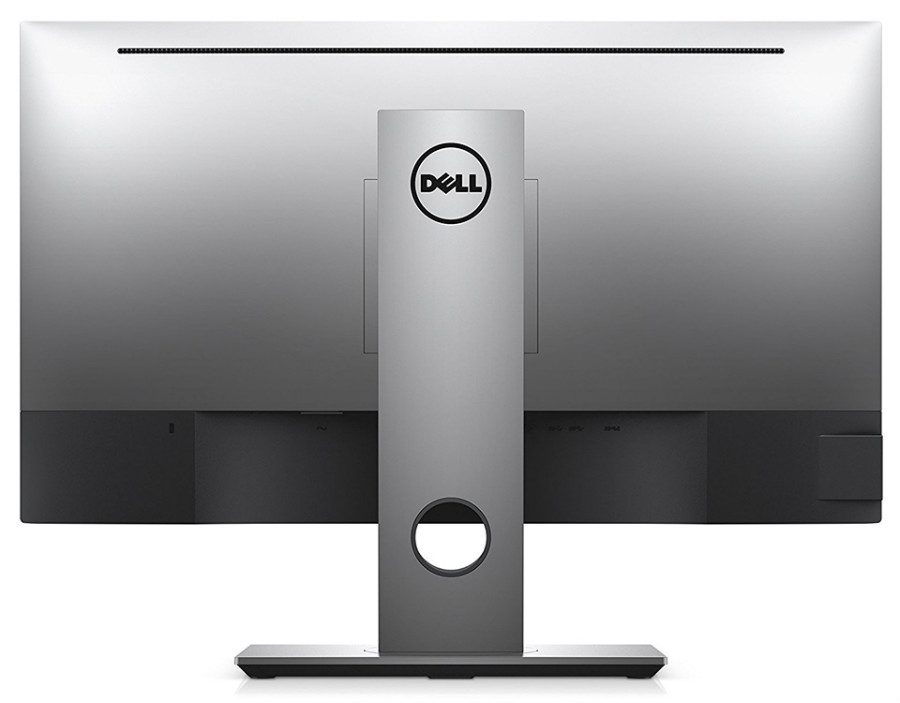 The Dell UP2718Q comes in the signature space gray and matte black combination that we can never get tired of since it isn’t too eye catching and clean-looking.  This model, unfortunately, doesn’t use Dell’s Infinity Edge design, so thin plastic bezels are surrounding the screen. Not to worry since these strips will not pose as distractions, plus it only has a shiny Dell logo to break its neat look.

There isn’t much to see on the rear of the cabinet, although the cleanliness the space gray panel applies is the most appealing aesthetically. The most prominent feature on this side is the VESA attachment slot where the ergonomic stand affixes itself. The Dell UP2718Q is also noticeably thicker on its edges for a modern device, but this is due to the addition of the 385-zone FALD backlight.

The included stand is fantastic as well since aside from its robust quality, it also offers a broad range of ergonomics. You can adjust height, tilt, swivel, or even pivot the screen, making a perfect and comfortable view easy and accessible. The base doesn’t eat up too much depth on your desk to keep the whole thing steady, plus the cable-tidy hole on the slender upright makes arrangement easy.

The utilitarian nature of the Dell UP2718Q is further emphasized by its well-equipped I/O layout which carries everything you will need for operation. The available ports include DisplayPort 1.4, Mini DP 1.4, two HDMI 2.0a slots, and six USB 3.0 receptacles. Two of the slots are for upstreaming, while two of the rest have fast charging capabilities of up to 2A.

The Dell UP2718Q features a 27-inch IPS panel from LG with a 3840 x 2160 resolution, 60Hz refresh rate, and a 1000cd/m2 peak brightness. This model can provide vibrant and lifelike colors thanks to its 10-bit interface which helps it produce 100% coverage of the sRGB and Adobe RGB gamuts, 97.7% DCI-P3, and 76.9% of Rec. 2020. At a glance, these specs are already impressive to make any professional designer swoon over this premium product.

Testing with a colorimeter reveals that the Dell UP2718Q is reasonably accurate in its default state, even if the brand did not specify factory calibration. Accuracy at stock only hits a Delta E of 1.1 which can improve up to only .3 of deviance, while contrast averages at 980:1. These scores are excellent, and as proven by the numbers, images on the screen are vibrant and lifelike while blacks and grayscale performance are rich and well-defined.

Panel uniformity, however, suffers from deviances of 20% to the sides, due to unknown reasons. Thankfully, the Dell UP2718Q comes equipped with an excellent Uniformity Correction feature which reduces the deviance down to 5%, instantly cleaning imaging output of uneven colors and contrast. Users should note that when Uniformity Correction is turned on, you will need to boost brightness to around 40% to get a comfortably lit setting for elongated use.

The Dell UP2718Q isn’t a gaming monitor, but its impressive specs make it an exciting display to use for after-hours enjoyment.  This model doesn’t include FreeSync, so you can’t rely on VRR tech to smoothen out your frames which will probably jump or dip even if you have a top-end GPU. The input lag score of 20ms will turn off extra-sensitive gamers, although in our books, that isn’t the worse we have seen.

Since the Dell UP2718Q comes with real HDR capabilities and a responsiveness suitable only for casual gaming, we think that would either be a perfect future-proofing display or a great match for HDR-ready consoles. PC gaming still has ways to go in producing content capable of maximizing the color standard, but the console market is already ripe with options. You can use this screen for your PS4 Pro and Xbox One X via the HDMI 2.0a slot which also supports HDR.

When paired with the PS4 Pro, the Dell UP2718Q performs admirably in enhancing color and contrast, although the difference’s hard to translate. Environments and objects displayed have richer shades and improved transitions, although there is a noticeable lag from the FALD backlight when scenes become fast paced. Turning on Vivid Mode didn’t help as it made performance worse by introducing lighting blooms which resembled backlight bleeding.

This unwanted effect could be a defect of the FALD backlight, since changes in intensity aren’t achieved on each pixel, but instead on a particular zone on the screen. HDR gaming on PC is questionable as well because as of the moment, compatibility and content availability are limited. Games that claim to have HDR support have yet to maximize their potentials, and developers are still struggling to catch up and level everything out.

Thoughts on the Dell UP2718Q

By typical standards, the Dell UP2718Q is a fantastic monitor regarding its color accuracy and imaging fidelity. Professionals who are willing to spend the extra dough and get a suitable display for color critical work should consider this model for it’s out of the box excellence. The biggest hindrance here is the exclusivity tax HDR compatibility provides which will only prove its actual value after some time.

At the moment, HDR implementation is sketchy due to issues on the PS4 Pro and lack of compatible content from the PC side. It pains us to say that an OLED TV is still the best bet if you want to maximize your HDR-ready console, although we are still hopeful of the future for these products. But if you are keen on future proofing your rig, the Dell UP2718Q is currently one of the notable few which implements a true HDR capable system right on the get go.